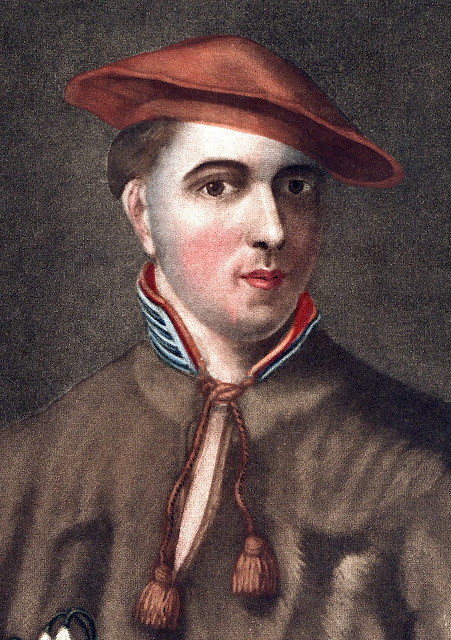 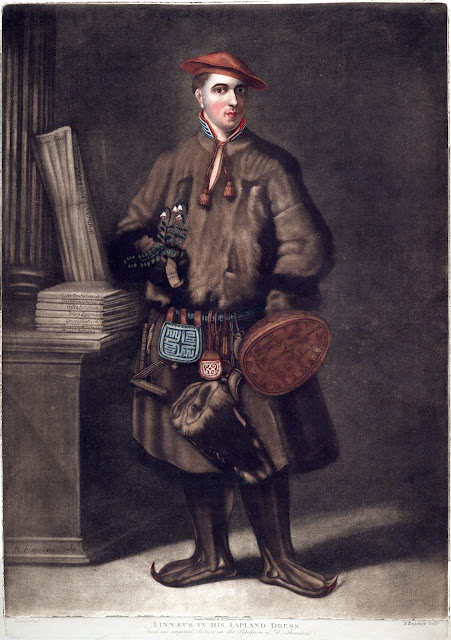 This 1805 mezzotint etching of "Linnæus in his Lapland Dress" by Henry Kingsbury after a painting by Martin Hoffman was published by Dr. Robert Thornton in his 1805 book New Illustration of the Sexual System of Carolus von Linnaeus.

"Carl Linnaeus (/lɪˈniːəs, lɪˈneɪəs/; 23 May 1707 – 10 January 1778), also known after his ennoblement as Carl von Linné (Swedish pronunciation: [ˈkɑːɭ ˈfɔnː lɪˈneː] ), was a Swedish botanist, physician, and zoologist, who formalised the modern system of naming organisms called binomial nomenclature. He is known by the epithet "father of modern taxonomy". Many of his writings were in Latin, and his name is rendered in Latin as Carolus Linnæus (after 1761 Carolus a Linné)." -- Wikipedia 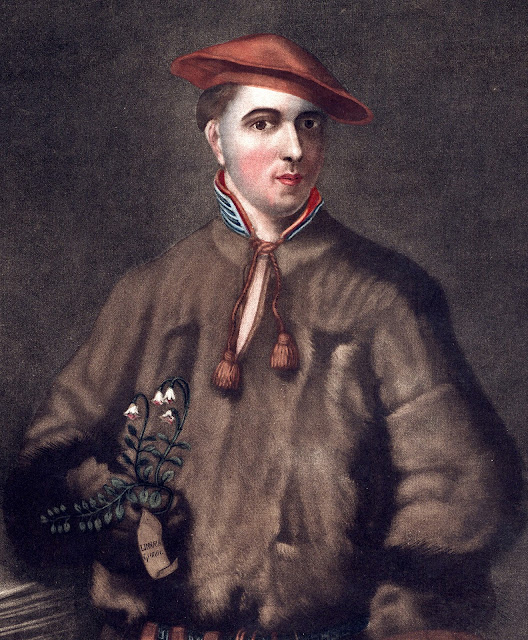 The twin flower (Linnaea Gronovius) was one of Linnæus's favorites. 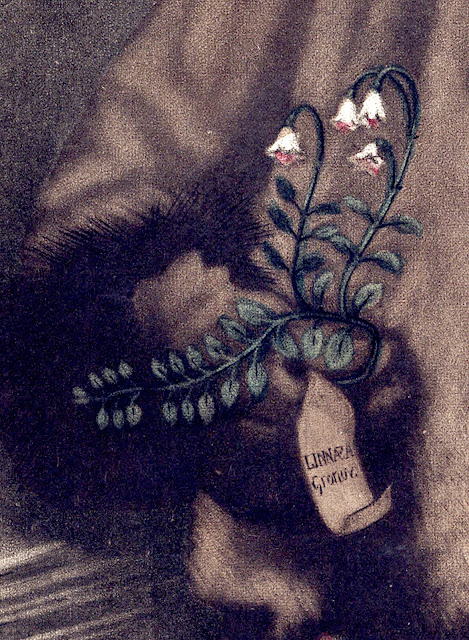 The Sámi Shaman's drum in Linnæus's right hand has the inscription "Carolus Linnæus a Lapponia redux aetat 30, anno 1737" ("Carl Linnaeus home from Lapland, aged 30, 1737") on the top and "Mart Hoffman fecit" ("made by Mart. Hoffman") below. 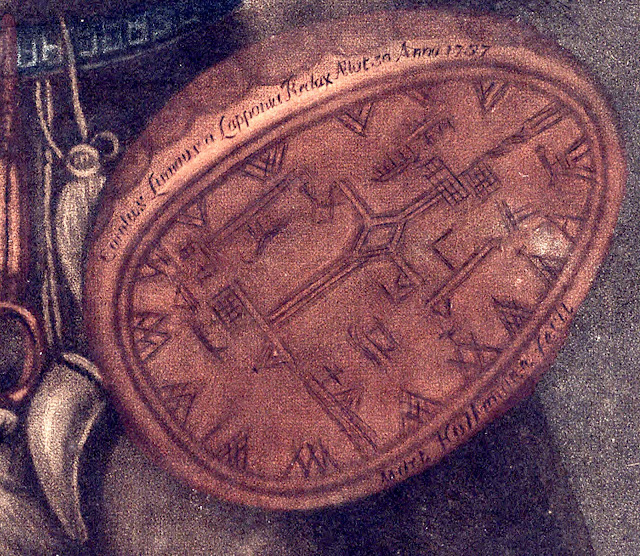 Linnæus stands in front of a stack of his books. 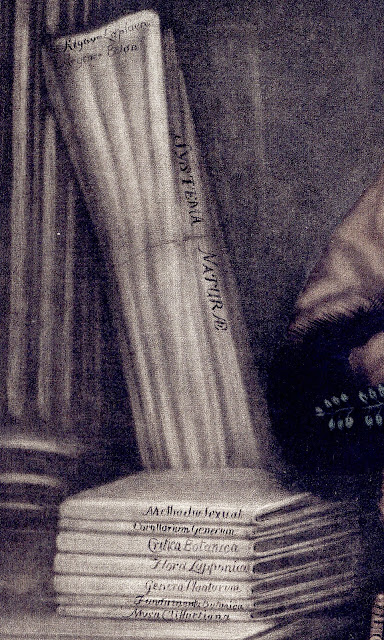 
In the same volume we find this allegorical print showing "Asculapius, Flora, Ceres and Cupid honoring the Bust of Linnæus". 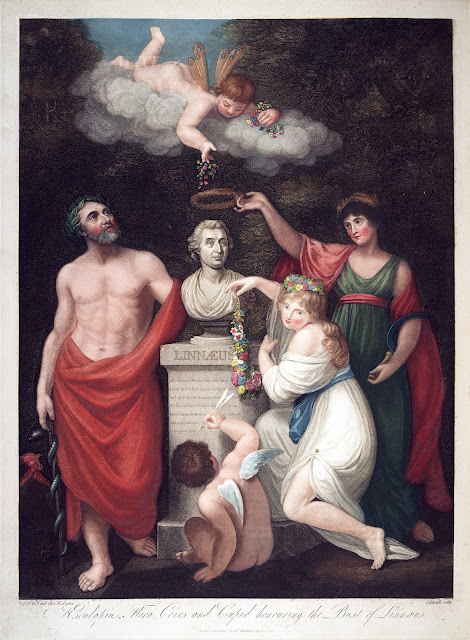 This 1775 painting of Carl von Linné by Alexander Roslin shows  Linnæus at the age of 68. (Wikipedia) 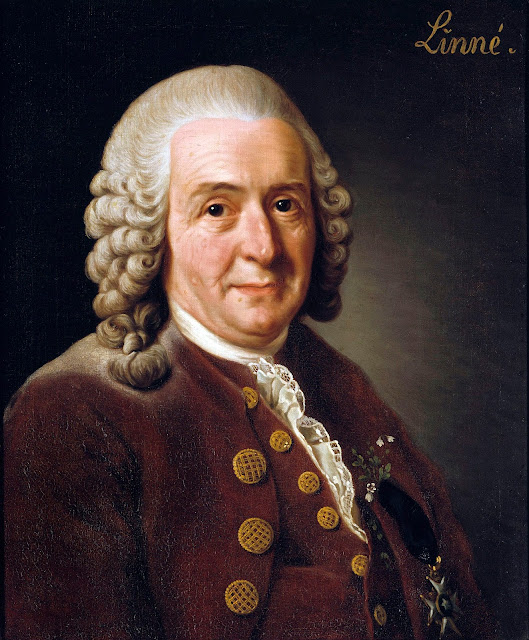 In his buttonhole: The twin flower (Linnaea Gronovius). 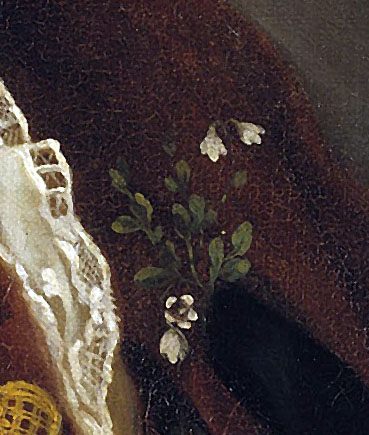