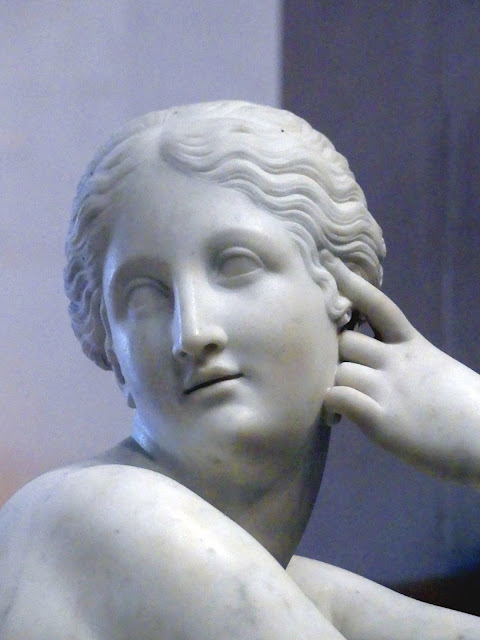 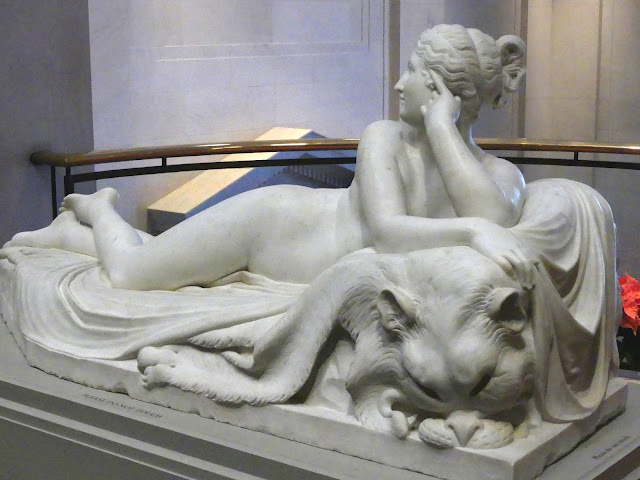 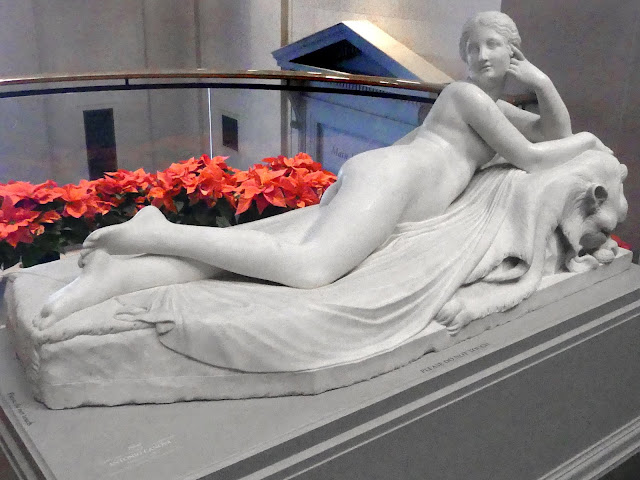 John Goldsmith Phillips of the Metropolitan Museum in NY describes their copy of the Canova’s Reclining Nymph this way.


“... a naked nymph, prone on the pelt of a large panther that is draped over a rocky, bedlike formation; she gazes backward along the length of her body, the whisper of a smile on her pretty face. Beneath her head, the animal's
muzzle is represented in a cascade of rich, slow, and amazingly feline folds. Canova himself described the reclining figure as a nymph, while his friend and biographer, Leopoldo Cicognara, called her a naiad, which seems the more exact. A naiad is a nymph who inhabits lakes, rivers, springs, and fountains, and the fount pouring forth water at the side of the rock here symbolizes her aquatic habitat. It remains unclear, however, just which minor divinity from antiquity Canova may have been intending to represent. What is eminently clear is that in its exquisite and passionless sensuality, this figure is entirely typical of the sculptor, and gives visual expression to the lines written somewhat later
by Edgar Allan Poe:

Thy Naiad airs have brought me home
To the glory that was Greece
And the grandeur that was Rome.” 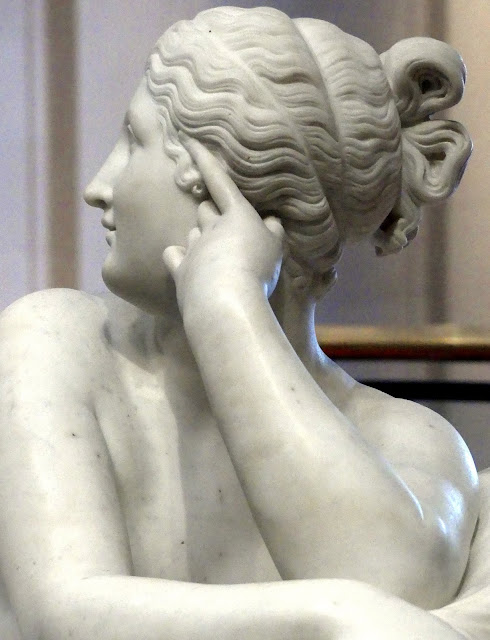 
“Antonio Canova (1757-1822) produced some of the sexiest sculptures in the history of European art. A good example is in the Metropolitan Museum of Art’s European sculpture court: 'Reclining Naiad', a life-size marble representation of a fit young woman lying naked on a sheet over a bearskin, her most impressive feature being her exquisitely supple backside.” 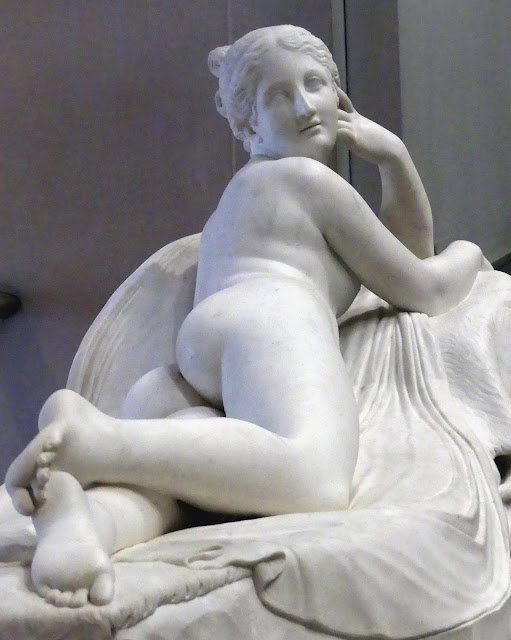