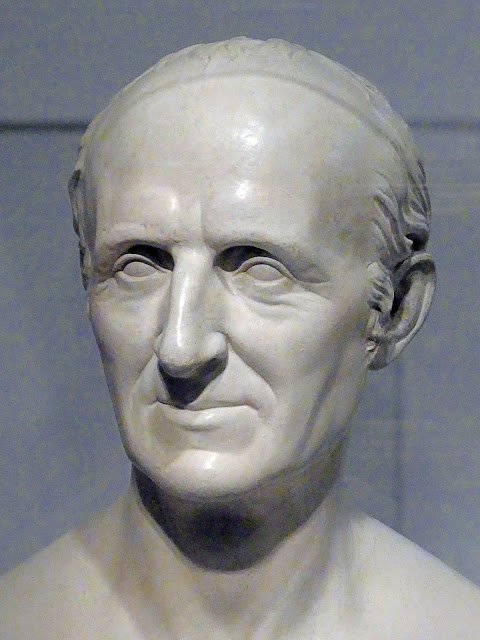 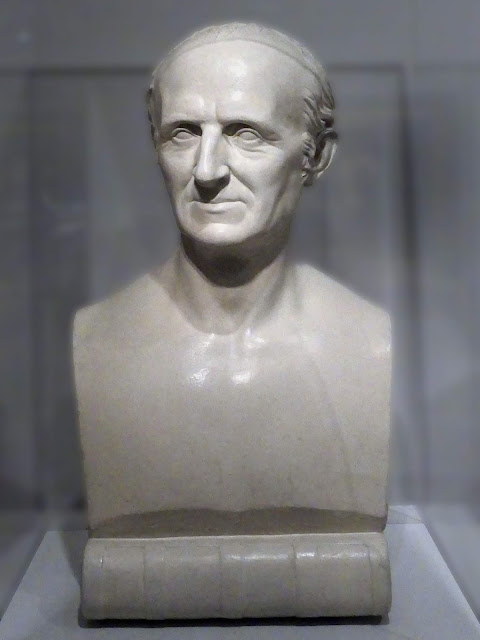 This painted plaster bust of Nathaniel Bowditch (1773-1838) cast from the 1838-39 original by Robert Ball Hughes stands in the National Portrait Gallery in Washington, DC.


Nathaniel Bowditch was one of America's great practical scientists. His contributions to navigation and astronomy were signal achievements in the new republic, helping to create an identity distinct from England. Self-taught and ambitious, Bowditch had a successful career as a businessman but also turned his restless mind to scientific inquiry. His most important book, the New Practical Navigator (1802), simplified navigational problems for seamen.

Bowditch's bust rests on the first volume of his translation and annotation of Pierre-Simon de Laplace's Celestial Mechanics, a study of physical astronomy. -- NPG 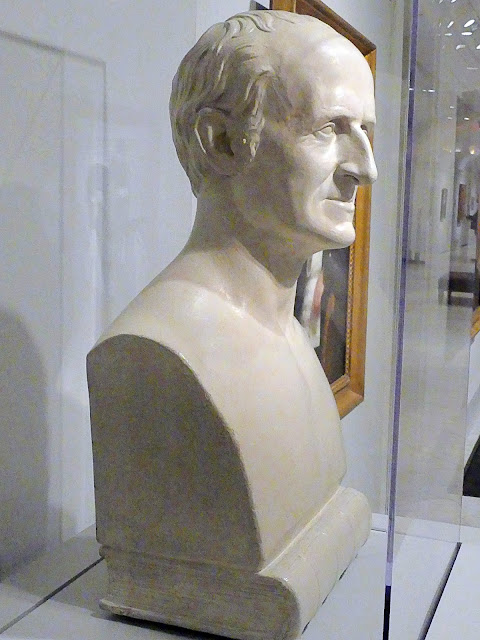 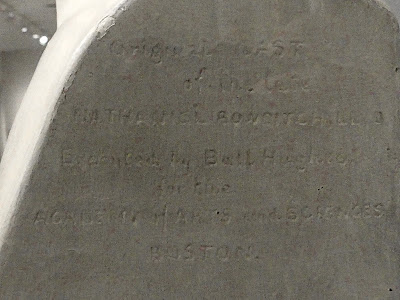 Original Cast
of the Late
Nathaniel Bowditch LL.D.
Executed by Ball Hughes
for the
Academy of Arts and Sciences
Boston. 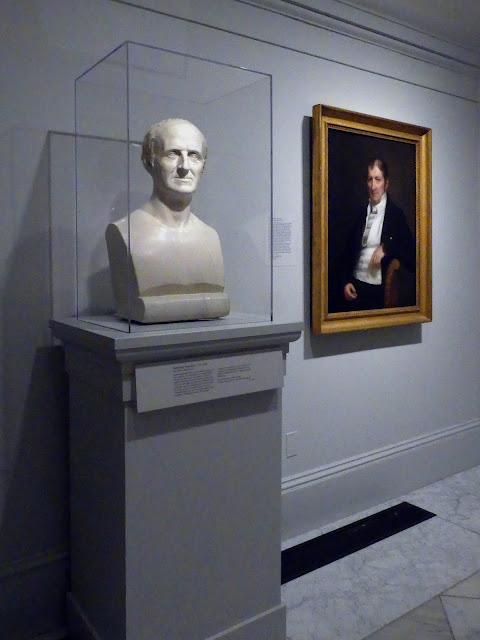 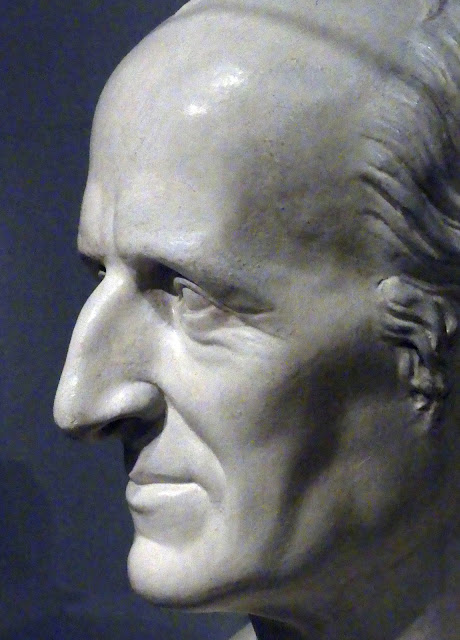 Hughes' 1847 bronze statue of Nathaniel Bowditch is said to be the first bronze statue cast in the United States. This engraving by Bricher R. Russell appeared in  A Handbook for Passengers over the Cambridge Railroad, with a description of Mount Auburn Cemetery, 1858,  by W. V. Spencer. 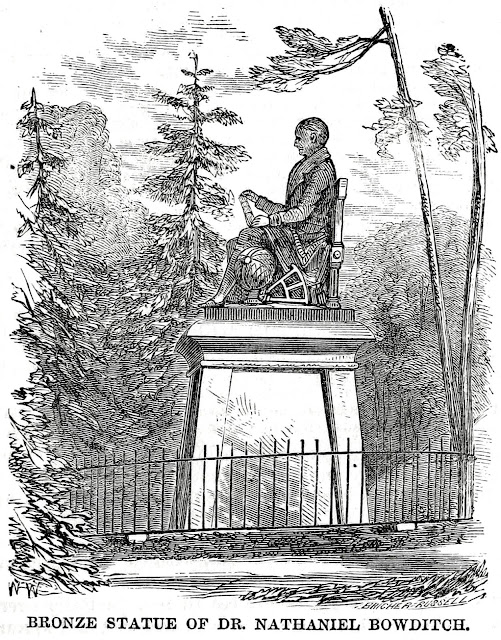 The engraving below by G. T. Storm appeared in Bowditch's 1840 Memoir of Nathaniel Bowditch. It represents an unfinished 1828 painting by Gilbert Stuart, his last. Nathaniel Bowditch
Engraved by G. T. Storm from an unfinished painting,
in the possession of the family – The last work of Stuart.