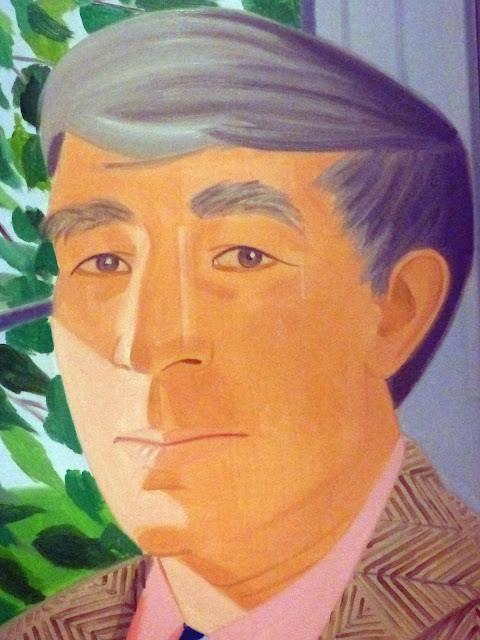 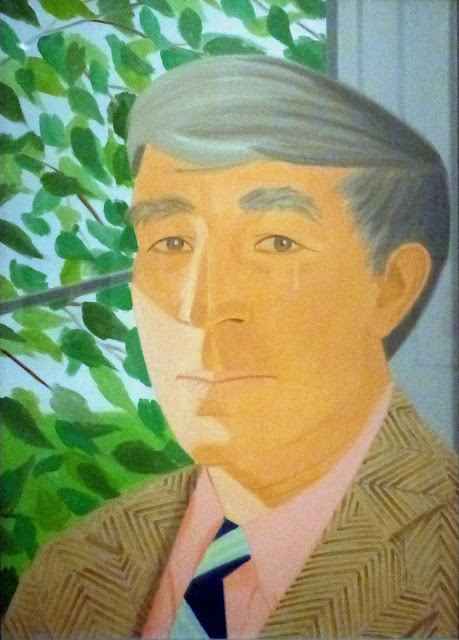 This 1982 portrait of John Updike by  Alex Katz hangs in the National Portrait Gallery in Washington, DC.


The novel historically has its roots in the city. But the astonishingly prolific John Updike showed how it could also examine the morals and manners of suburban America. In his five-part series whose central character is “Rabbit” Angstrom, Updike chronicled middle-class America's postwar history in comic and heartbreaking fashion. Updike also wrote three novels about a moderately successful Jewish novelist called Henry Bech, who implausibly wins the Nobel Prize; curiously, the Nobel is one prize that Updike did not win. Updike once said his goal was to publish a book a year, and he came close with his novels and many collections of short stories, poetry, and nonfiction. That ubiquity landed him on the cover of Time magazine in 1982. The cover artist was Alex Katz, whose oversized flattened forms, detached expressions, and emphatic patterning had been reinvigorating portrait traditions since the 1960s. -- NPG 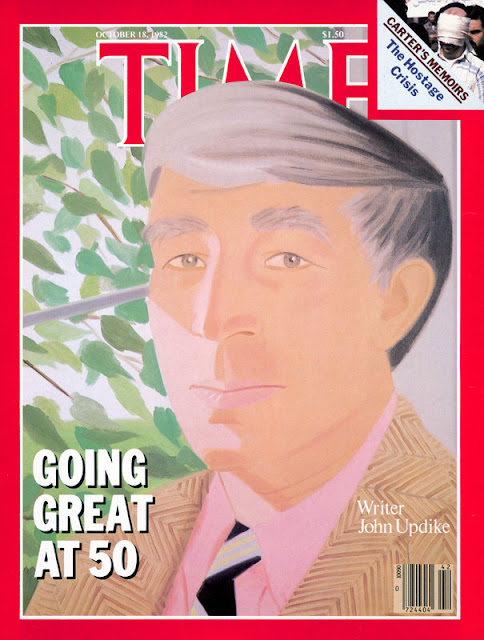