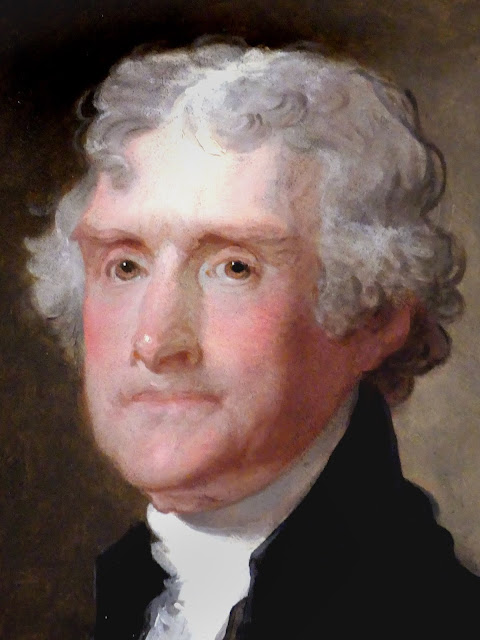 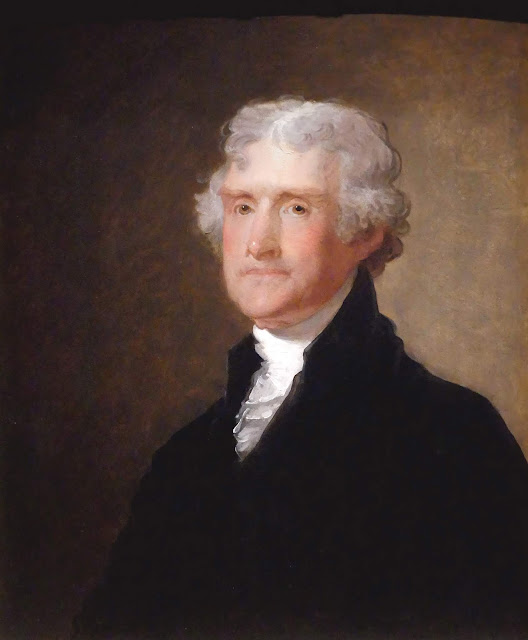 This c. 1821 portrait of Thomas Jefferson by Gilbert Stuart hangs in the National Gallery of Art in Washington, DC.


Stuart painted the third president from life three times during his administration of 1801 to 1809. This Gibbs-Coolidge rendition was most likely based on other pictures Stuart had painted from life that where either in his possession or accessible to him. -- NGA