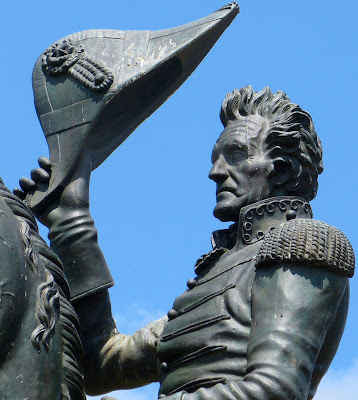 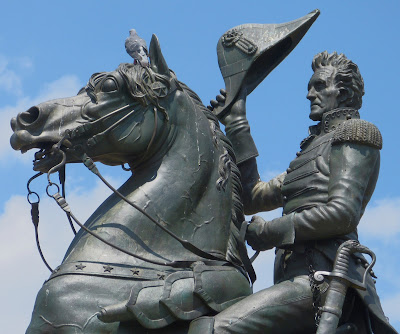 This 1852 equestrian Statue of Andrew Jackson by Clark Mills stands in the center of Lafayette Square in Washington DC. 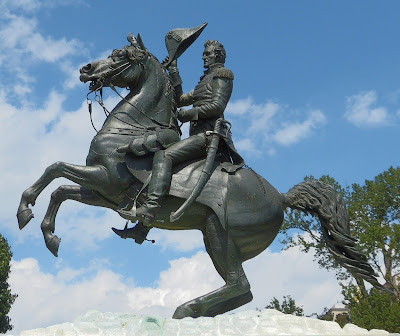 It was the first equestrian statue made in America. Jackson's horse at the Battle of New Orleans was named Duke; but Mills modeled the horse from his own horse named Olympus. Mills trained his horse to pose on its haunches. He completed a plaster model, and started a foundry to produce the casting. He produced six castings until the final one was completed, with ten pieces.

The statue was recently restored, and spurs added. The front of the base bears the inscription:

IT MUST BE PRESERVED" 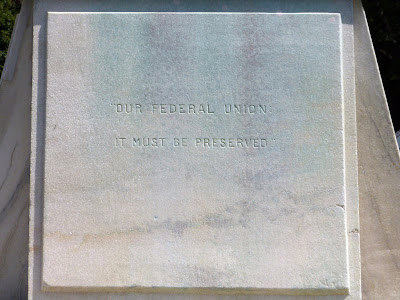 “Our Federal Union
It must be preserved”

This pot metal version of Clark Mills' equestrian statue (Patented 1855) of Andrew Jackson can be found in the National Portrait Gallery. 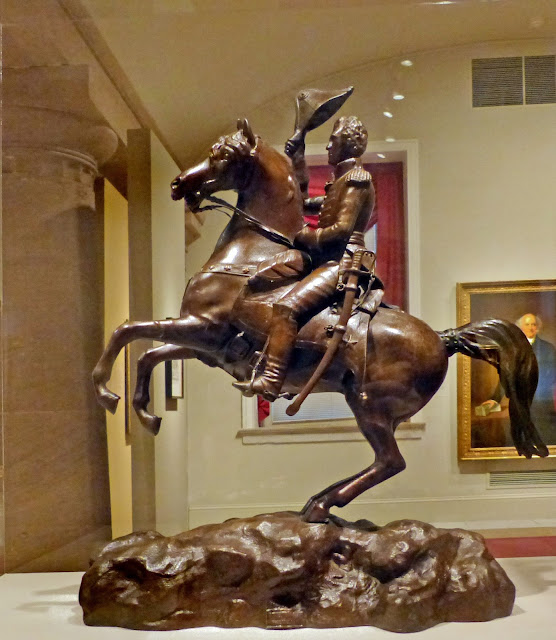 "In 1815, Andrew Jackson gave America its greatest land triumph in the War of 1812 with his successful defense of New Orleans. The victory proved to be Jackson's making as a national figure: upon his 1828 election to the presidency, his countrymen had still not forgotten that it was he who had 'flogged the British' at New Orleans.

In 1847 sculptor Clark Mills was commissioned to make an equestrian statue of Jackson for placement opposite the White House. Two years after the work's dedication in 1853, Mills patented a much-reduced version of it, copies of which were sold to the public." -- National Portrait Gallery

This sculpture was so innovative that it is memorialized on Clark Mills' grave at Glenwood Cemetery in Washington, DC. 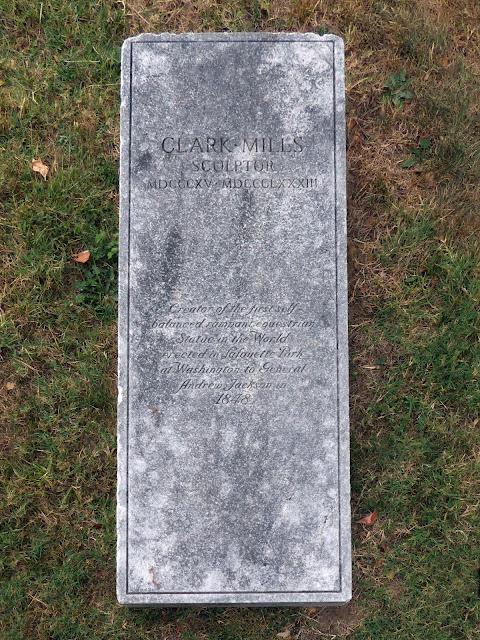 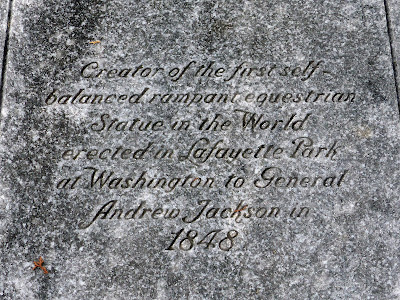 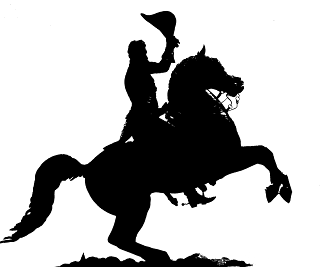