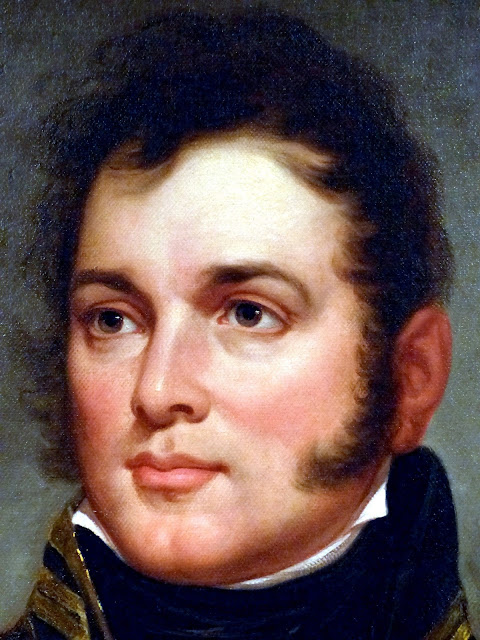 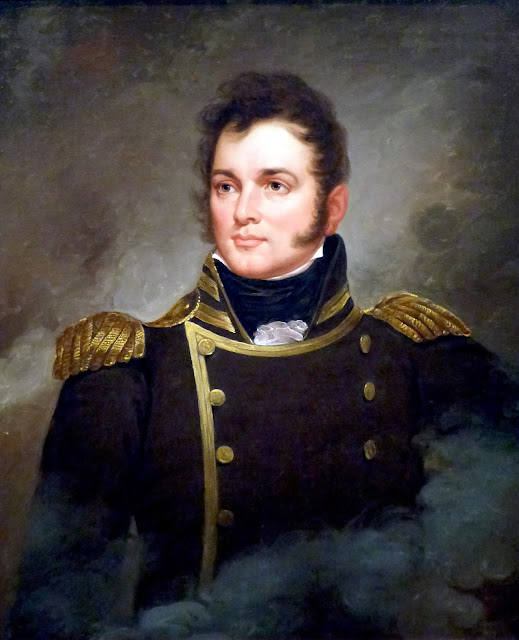 This 1855 portrait of Oliver Hazard Perry by Martin J. Heade hangs in the National Portrait Gallery in Washington, DC.


"'We have met the enemy and they are ours,' came the terse report from twenty-eight-year-old Oliver Hazard Perry after the first major naval victory of the War of 1812. The American navy, with Perry in command of the flagship Lawrence, had met the mighty British squadron at Lake Erie on September 10, 1813, winning control of the lake and paving the way for General William Henry Harrison to move ahead to victory on land.

Perry had been assigned the task of building a fleet and assembling a crew, which he described as 'a motley set, blacks, Soldiers, and boys.' But after the battle he spoke 'highly of the bravery and good conduct of the negroes, who formed a considerable part of his crew. They seemed to be absolutely insensible to danger.'" -- National Portrait Gallery

Email ThisBlogThis!Share to TwitterShare to FacebookShare to Pinterest
Labels: Men, War of 1812