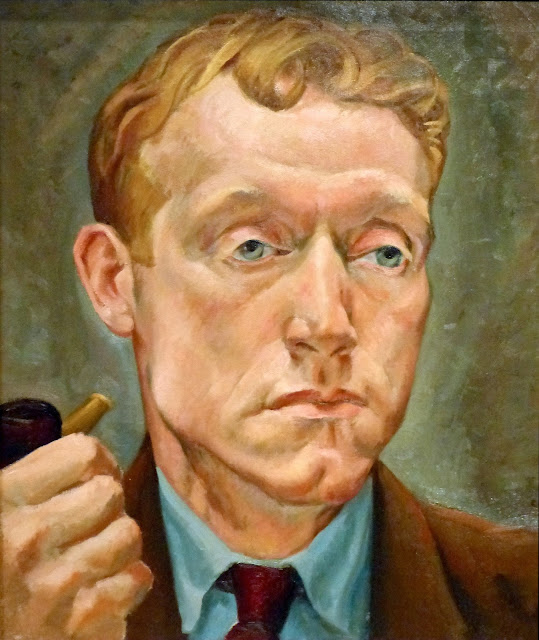 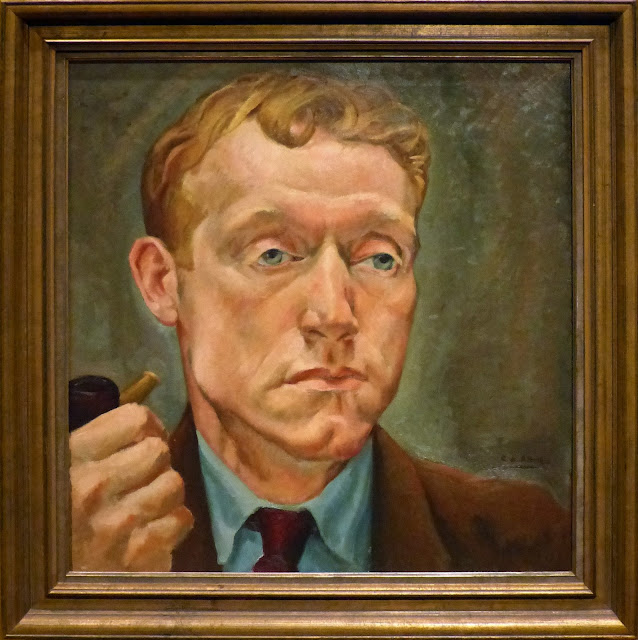 This 1935 portrait of Robert Penn Warren by Conrad A. Albrizio hangs in the National Portrait Gallery in Washington,DC.


"Robert Penn Warren is one of the most gifted and prolific American authors of the latter twentieth century; his Pulitzer Prize-winning novel, All the King's Men (1946) is one of the most significant books in American literature. Educated at Vanderbilt, Warren first gained attention as one of the 'Agrarians,' a group of conservative southern writers who wanted to slow social change, especially in race relations. Warren was too progressive for the group and subsequently recanted his early support for racial segregation, becoming an important voice for integration. Warren made the South the theme of his writings, which were voluminous. A major novelist, he was also an important poet, one whose combination of the vernacular and modernism achieved the fusion of the old and the new, which he had attempted to find -- unsuccessfully -- with the Agrarians. He was twice poet laureate of the United States." -- National Portrait Gallery.