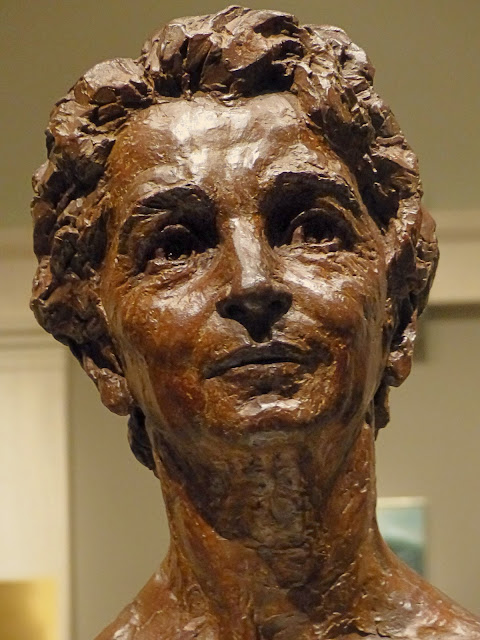 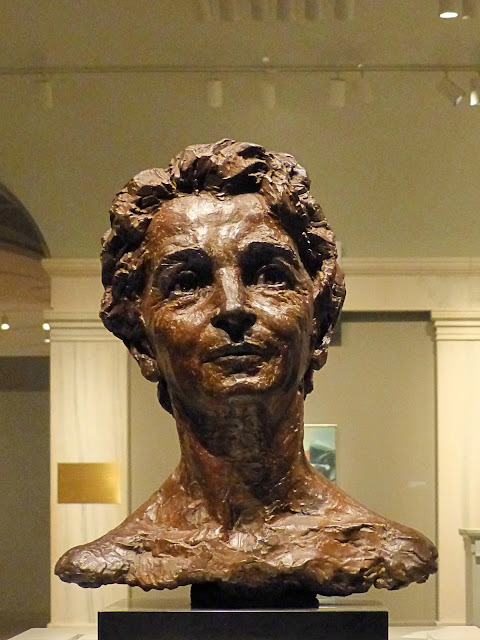 This bust of Margaret Sanger, a 1972 cast of the 1969 original,  by Joy Bubba sits in the National Portrait Gallery in Washington, DC.


"As a visiting nurse among New York City's immigrants in the early 1900s, Margaret Sanger was profoundly affected by the physical and mental toll exacted on women by frequent childbirth, miscarriage, and self-induced abortion. Faced with laws forbidding dissemination of contraceptive information, Sanger's crusade had much opposition. But by 1921, when Sanger founded the Birth Control League, her movement had begun to win adherents. During her campaign, Sanger became associated with the eugenics movement -  which promoted, among other practices, the forced sterilization of those deemed mentally unfit and for a time was endorsed by many of the era's prominent thinkers." -- National Portrait Gallery 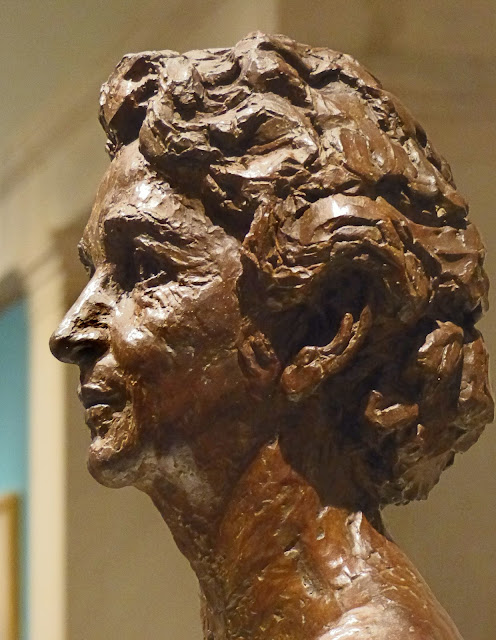