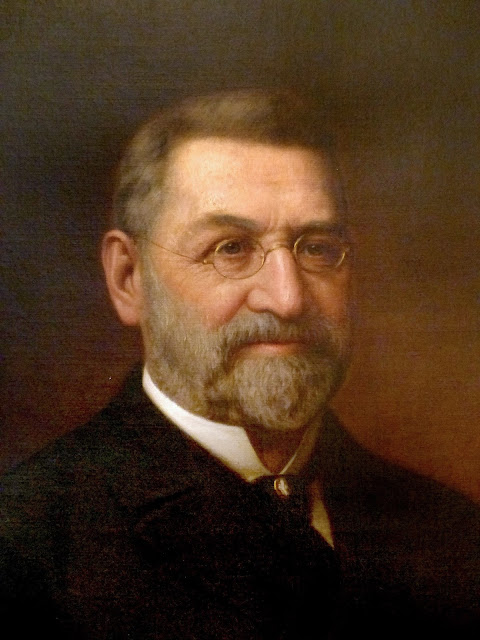 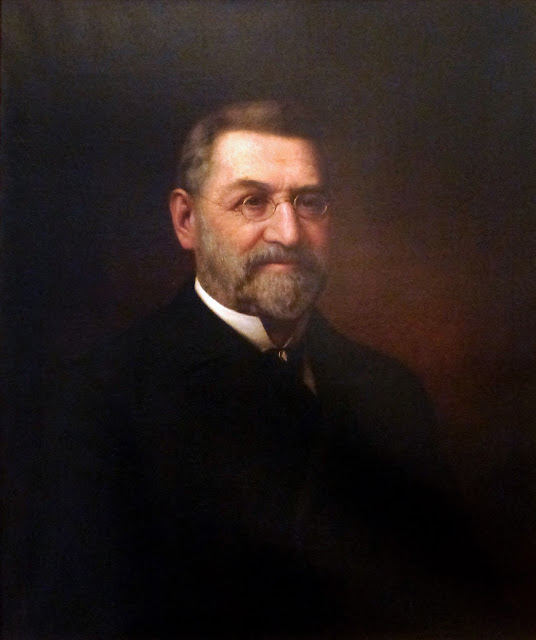 This portrait of Dr. Aaron Friedenwald (December 20, 1836 - August 26, 1902) by a unknown artist hangs in the Jewish Museum in Baltimore, Maryland. The American Encyclopedia of Ophthalmology describes Dr. Friedenwald as "a well-known American ophthalmologist and medico-economist."

The Jewish Encyclopedia gives this biography of Aaron Friedenwald.


"Physician; youngest son of Jonas Friedenwald; born in Baltimore Dec. 20, 1836; died there Aug 26, 1902. He early entered upon a business career, but devoted his spare time to the study of mathematics, general literature, and German, French, and Hebrew. At the age of twenty-one he began the study of medicine at the University of Maryland. He graduated in the spring of 1860, and soon afterward sailed for Europe to continue his studies at Berlin, Prague, Vienna, and Paris. He devoted himself especially to ophthalmology throughout his professional life. In July, 1862, he returned to Baltimore, and entered upon the practise of medicine. In 1873 he was elected to the professorship of diseases of the eye and ear in the College of Physicians and Surgeons in Baltimore, which chair he held until his death. He soon became a prominent member of the local medical societies and president of the Medical and Chirurgical Faculty of Maryland (1889-90); and was a member of the medical staffs of a number of hospitals.

One of his most important medical achievements was the calling into being of the influential Association of American Medical Colleges in 1890. He was among the most active workers in all the local and national Jewish charities and other associations, was a founder, and for thirty-three years a director, of the Baltimore Hebrew Orphan Asylum, chairman of the Baron de Hirsch committee in Baltimore, president of the Baltimore branch of the Alliance Israélite Universelle, one of the founders and vice-president of the Jewish Theological Seminary Association, of the Jewish Publication Society, of the Federation of American Zionists, of the Union of Orthodox Congregations of America, etc. In 1898 he visited the Holy Land to study the conditions of the Jewish colonies. He was a successful lecturer, and made important contributions to medical literature. His publications of general interest are a number of addresses on the study of medicine, the history of hospitals, Jewish immigration, and the Jewish colonies in Palestine, the most important of them is 'Jewish Physicians and the Contributions of the Jews to the Science of Medicine' (Publications, Gratz College, vol. i., 1897)." -- Jewish Encyclopedia

This photo on which the portrait may have been based appears in Harry Friedenwald's 1906 book about his father Life, letters and addresses of Aaron Friedenwald. 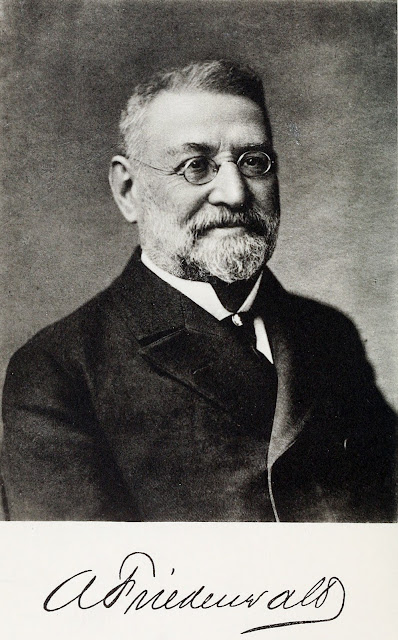 Here's a photo of a younger Aaron Friedenwald and his bride Bertha Bamberger. 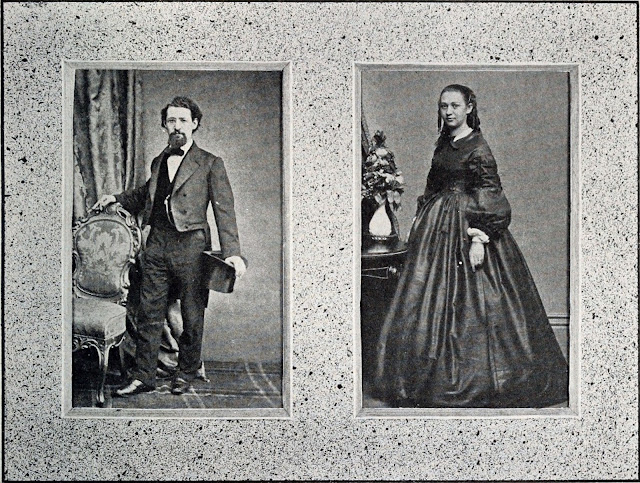 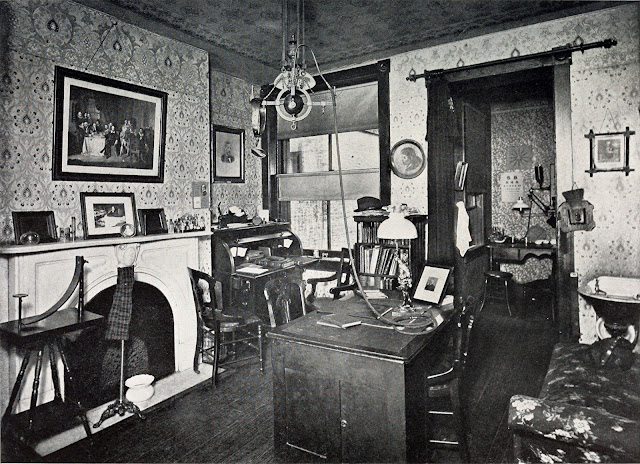 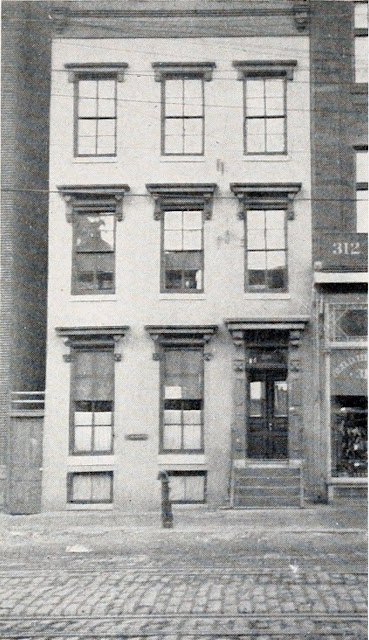