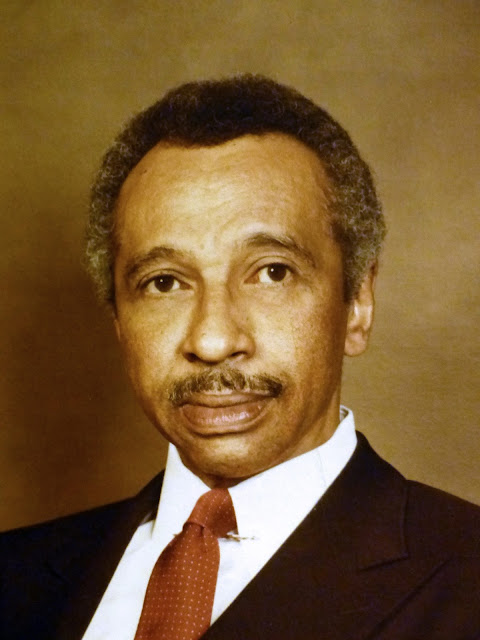 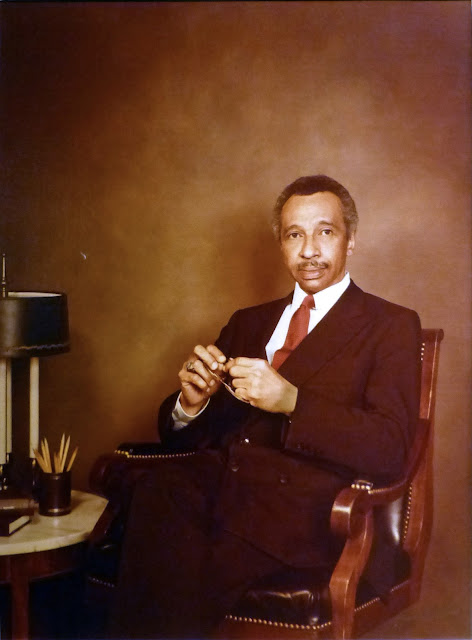 This 1981 photograph of Parren Mitchell by Joseph D. Clipper hangs in the Reginald F. Lewis Museum in Baltimore, Maryland.


"Parren James Mitchell (1922 - 2007) spent his entire adult life in service to his fellow citizens. Born in Baltimore, he was from a family of  'freedom fighters' - His older brother was Clarence Mitchell, Jr., a chief lobbyist for the NAACP during several landmark legislative efforts of the 1950s and 1960s. Parren Mitchell, himself, was a decorated veteran of World War II, and a civil rights activist in Maryland during the 1940s, 50s, and 60s. He is best known for his service in the United States Congress, representing the 7th Congressional District for 16 years (1971-1987). This portrait hung in his office on Capitol Hill." -- Reginald Lewis Museum. 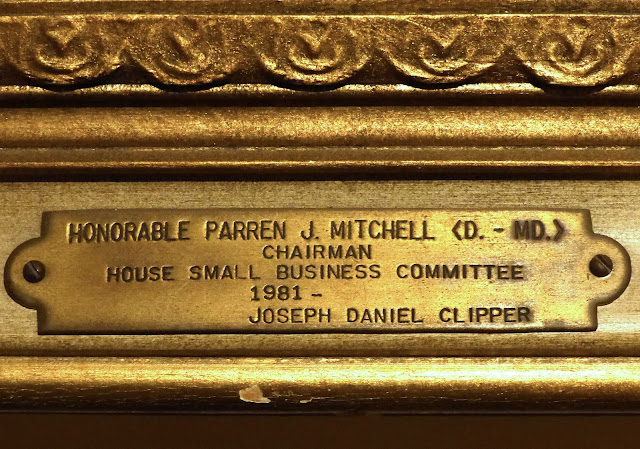 After the Civil War, with slavery ended, African Americans eagerly sought political empowerment. Generally, they supported the Republican Party, the party that most actively courted their votes. Within a generation, political empowerment led to political participation. Nearly all of the first blacks to hold elective office in Maryland were Republicans.

However, after decades of supporting the Republican Party, by the 1930s shifted political agendas saw blacks attracted to the Democrats, largely due to U.S. President Franklin Roosevelt's New Deal Since the 1950s, voters have elected many African Americans to local, state, and national offices as Democrats.

A particularly historic moment occurred in 1971, when 7th Congressional District voters elected Democrat Parren James Mitchell to a seat in the U.S. House of Representatives, making him the first African American from Maryland in Congress. Mitchell would hold his seat until 1987. He spent his years on Capitol Hill working with the Congressional Black Caucus (which he co-founded), and Championing opportunities for small and minority-owned businesses."