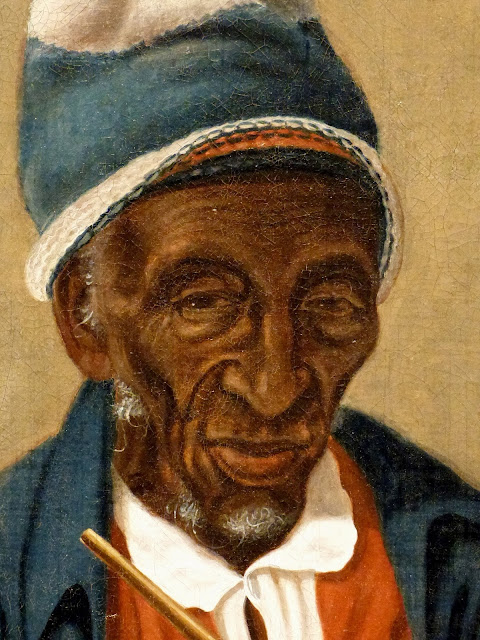 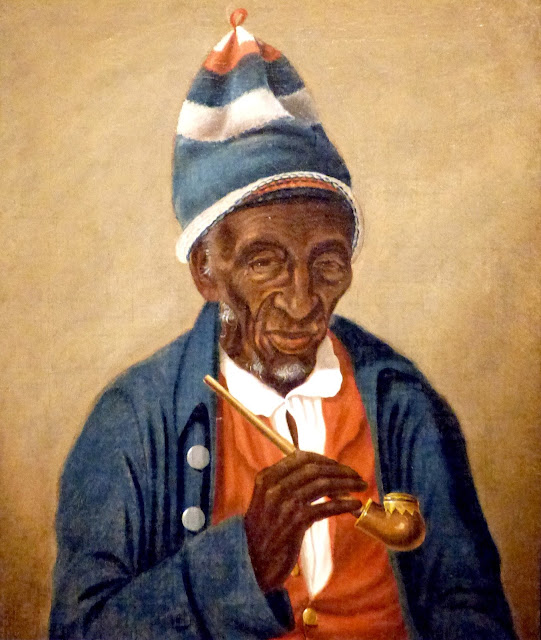 
"Yarrow Mamout’s remarkable story testifies to the contradictory attitudes toward slavery, the African diaspora, and Islam in the early years of the American Republic. When he was approximately sixteen, Yarrow was forcibly taken from his educated family in Guinea. He was bought by the Beall family in 1752, working first on a plantation near present-day Takoma Park, Maryland, and then in Georgetown, Washington, D.C. Gaining his freedom after forty-four years, Yarrow remained in Georgetown – living among the approximately four hundred freed slaves there – working at many different tasks: making brick and charcoal, loading ships, weaving baskets. With his earnings, Yarrow bought stock in the local bank and, in 1800, a log home (now demolished) on Dent Place, in the garden of which he would pray toward Mecca.

James Alexander Simpson, Georgetown University’s first art instructor, painted this portrait amid rumors that Yarrow was a centenarian, which had turned him into a local celebrity of sorts. Indeed, for this reason, Charles Willson Peale, portraitist of George Washington and other luminaries, had made a special two-day visit to Georgetown to paint the 'chearfull' Yarrow a few years earlier. Upon his death, Yarrow was remembered as a pious Muslim and for his industriousness and determination in the face of adversity. " -- National Portrait Gallery 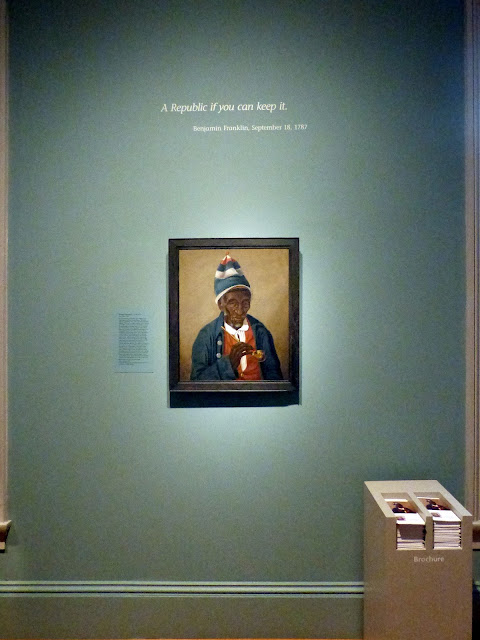 Seventy-year-old Charles Wilson Peale painted Yarrow Mamout in 1819. Peale had heard that Yarrow was 140 years old. The portrait is in the Philadelphia Museum. 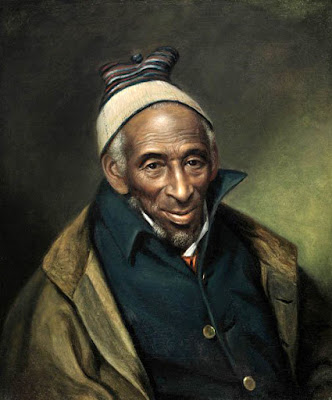