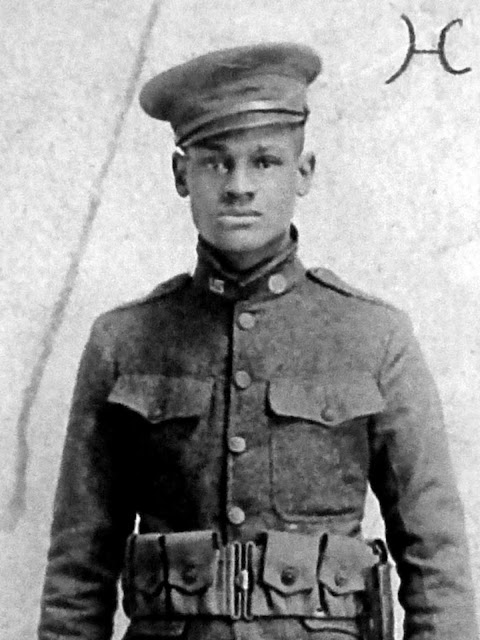 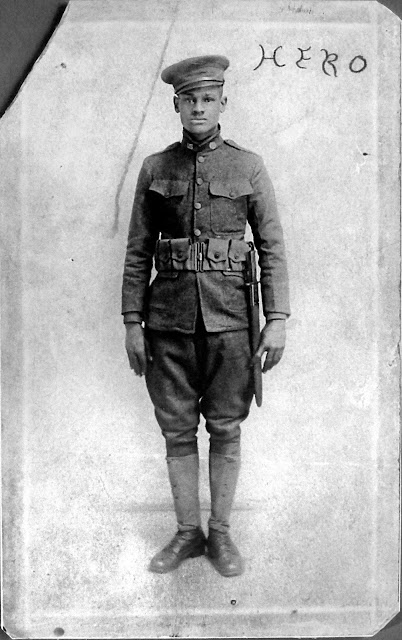 This c. 1918 photo of Lawrence Leslie McVey is on display in the Smithsonian Institution in Washington DC.

The display, in the Arts and Industries Building, also included McVey's Sharpshootter badge. 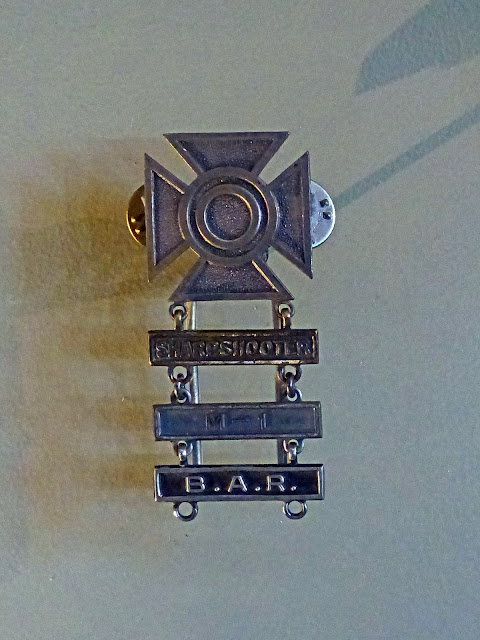 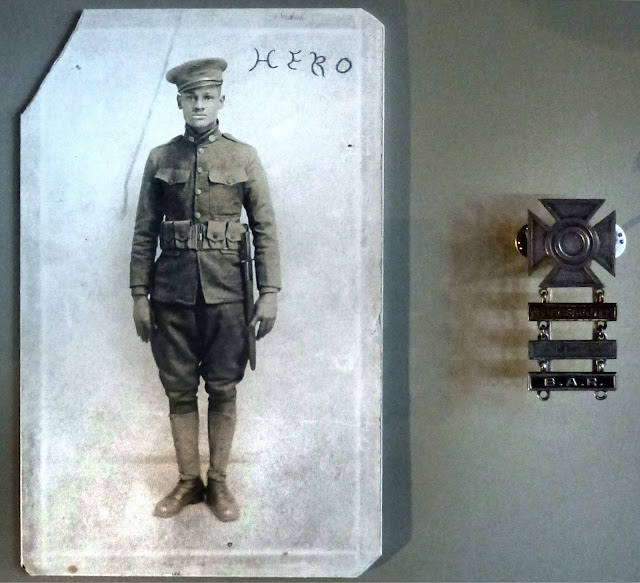 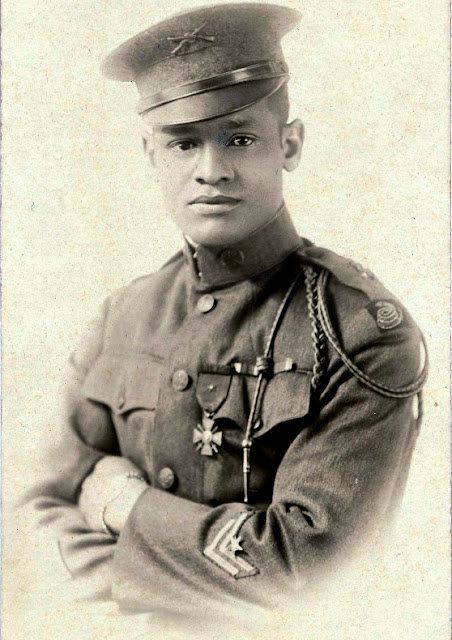 and this discussion of the 369th Regiment.


"The 369th United States Infantry, nicknamed the “Harlem Hellfighters,” was the first African American regiment of troops to reach the battlefields of World War I. The 369th Regiment was formed from the 15th New York National Guard Regiment and was recognized as part of the U.S. Army on July 15th, 1917. The regiment arrived in Brest, France on January 1st, 1918, being the first African American U.S. soldiers to arrive in France and initially assigned to dam building and stevedores in charge of loading and unloading cargo. The 369th Regiment, due to racial tension within the US Army was assigned to the French Army for the duration of US involvement in WWI. The 369th were the first Allied troops of the war to reach the banks of the Rhine. Upon completion of the 369th’s service in the war, the regiment had spent 191 days in combat, the longest of any American regiment. The entire 369th Regiment, in appreciation for their actions in the Maison-en-Champagne campaign, was given the Croix de Guerre, a medal awarded by the French Government for acts of bravery in conflicts against the enemy. In addition to this honor, 171 individual members of the 369th Regiment were awarded the Croix de Guerre and the Legion of Honor. The 369th Regiment finished their service in Europe and returned to the US in February 1919."

The Sacramento Bee tells the story of McVey's death from the point of view of Gina McVey who donated her grandfather's photo to the Smithsonian.


"When Lawrence Leslie McVey was beaten to death in a New York City park in 1968, few had a clue about the critical role he and his all-black regiment, the Harlem Hellfighters, played in liberating France from the Germans in World War I.
...
Despite his medals, McVey could find work only in his brother’s barbershop in Harlem until he eventually landed a job on the Pennsylvania Railroad, his granddaughter said.

Cpl. McVey was living with his two sisters when he was beaten to death in a park in New York and died Sept. 13, 1968, said Gina McVey, who was 10 years old at the time. “He was beaten so bad they had a hard time identifying him. He was only 71 years old.”