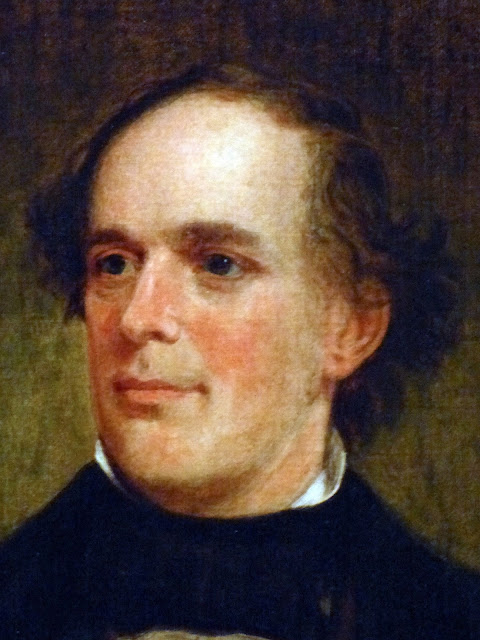 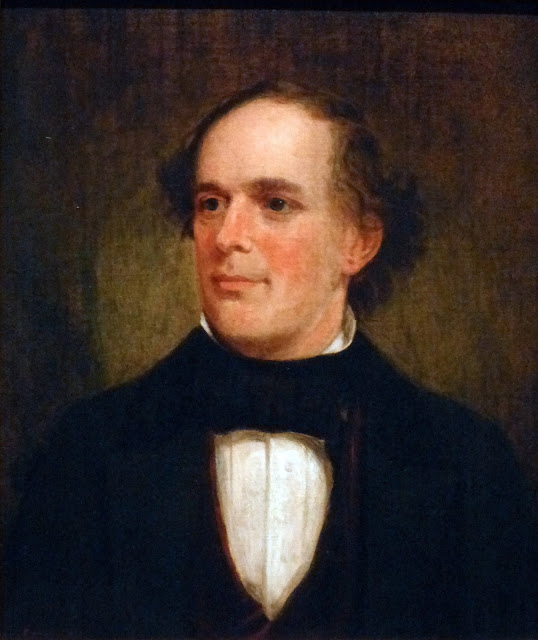 This 1861 portrait of Salmon P. Chase by Francis Bicknell Carpenter hangs in the National Portrait Gallery in Washington, DC.

"As a lawyer and antislavery leader in Ohio, Salmon P. Chase was known as the 'attorney general' for runaway slaves. In 1855 he cast his lot with the new Republican Party and soon vied with William Henry Seward for its leadership. A candidate for the party's presidential nomination in 1860, Chase lost to Lincoln but was named secretary of the treasury in the new cabinet. Although he helped write the Emancipation Proclamation, his relations with Lincoln became strained. The personal antagonism between him and Secretary of State Seward weakened the cabinet, and that combined with Chase's insatiable desire to become president eventually led to his replacement In 1864 Lincoln appointed him chief justice of the Supreme Court, where he showed political wisdom in handling constitutional problems created by the Civil War and Reconstruction." -- National Portrait Gallery 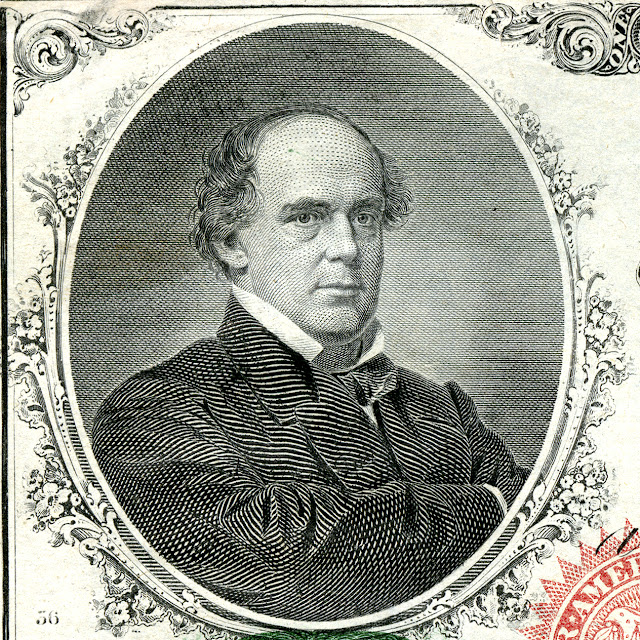