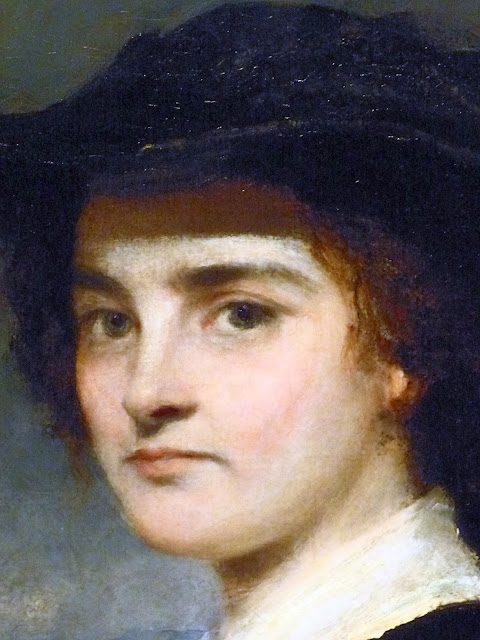 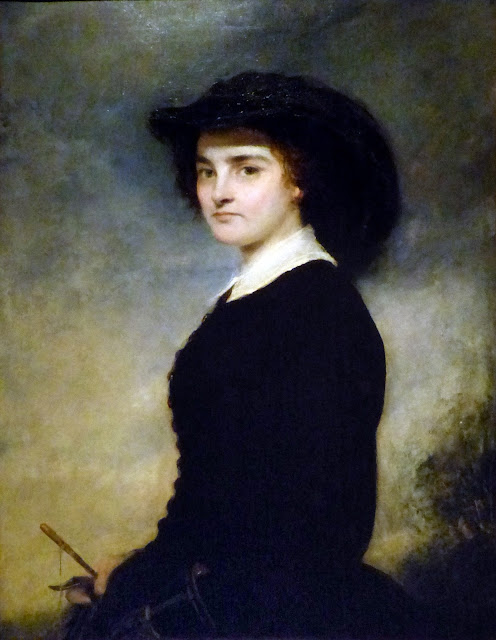 This 1857 painting of Harriet Goodhue Hosmer by Sir William Boxall hangs in the National Portrait Gallery in Washington, DC.


"Sculptor Harriet Hosmer has emerged as a feminist icon and symbol of the emancipated woman. As a young girl, however, she suffered many trials. By the time she was twelve years old, her two brothers, one sister, and mother had died of tuberculosis. Determined to keep his surviving daughter healthy, Hosmer's father encouraged her to spend time in the outdoors, riding and canoeing. At age twenty-two Hosmer moved to Rome, where she lived among an Anglo-American community of artists, writers, and "independent women". There she apprenticed with the leading neoclassical sculptor of the time John Gibson. Within a few years her work was critically acclaimed in both England and the United States. British artist Sir William Boxall portrayed Hosmer outdoors, in attire for horseback riding a pastime that she continued to enjoy through her adult years. Exhibited at the Royal Academy, the portrait captured Hosmer's fearless determination." -- National Portrait Gallery

This engraving of Harriet Hosmer by Augustus Robin appears in Eminent Women by James Parton, 1868. 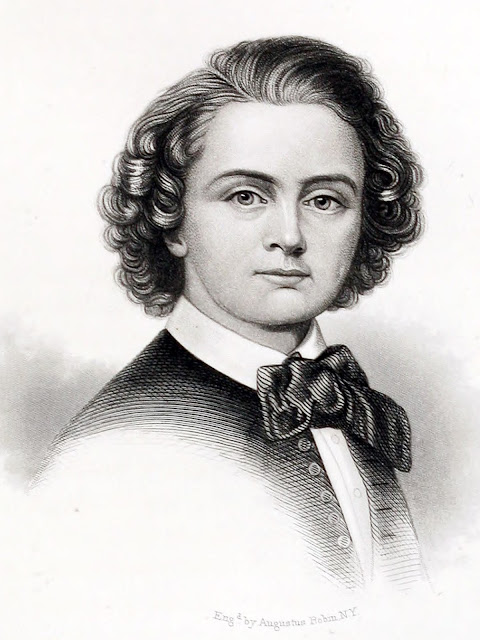 
Among Hosmer's works is this statue of Thomas Hart Benton. 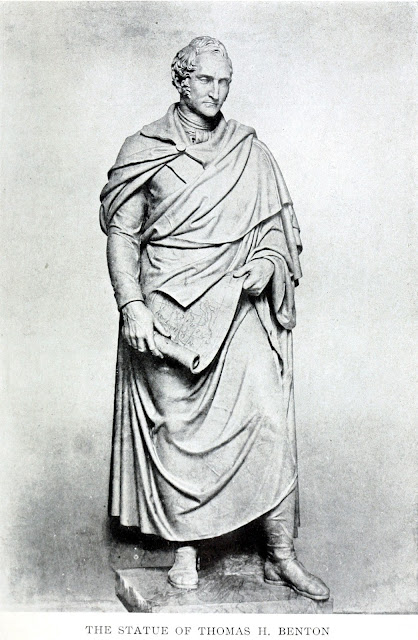 And this work, "The Clasped Hands of Mr. and Mrs. Browning." 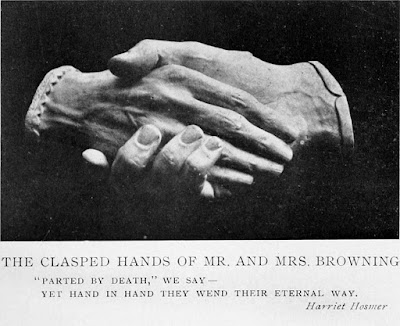 Yet Hand in Hand they wend their Eternal Way.
Harriet Hosmer