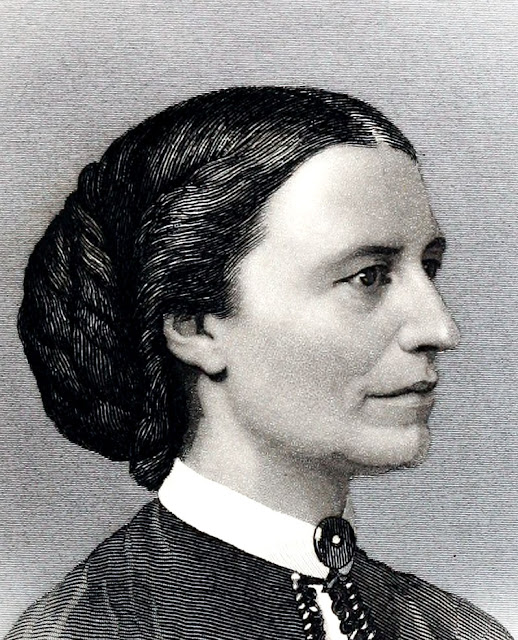 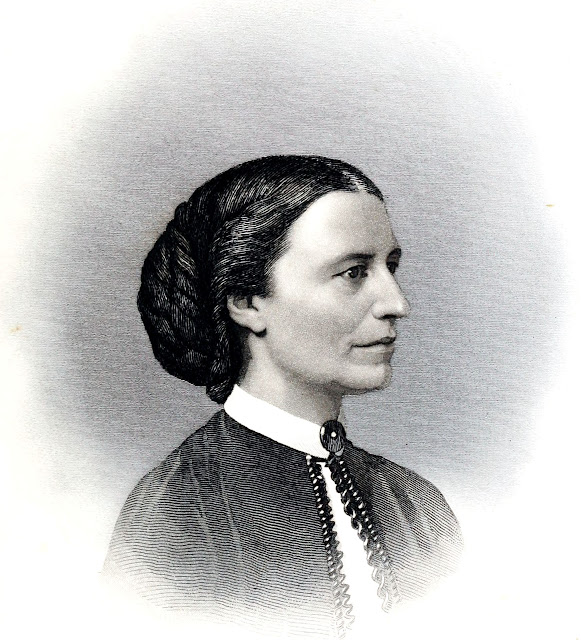 This steel engraving by Samuel Sartain appeared in Woman's Work in the Civil War, 1867, by Linus Pierpont Brockett M.D. and Mary C. Vaughn.


“Clarissa ‘Clara’ Harlowe Barton (December 25, 1821 – April 12, 1912) was a pioneering nurse who founded the American Red Cross. She was a hospital nurse in the American Civil War, a teacher, and patent clerk. Nursing education was not very formalized at that time and Clara did not attend nursing school, so she provided self-taught nursing care. Barton is noteworthy for doing humanitarian work at a time when relatively few women worked outside the home.” – Wikipedia 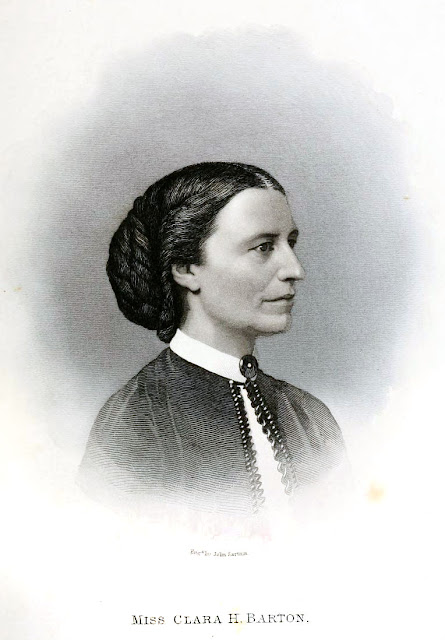 The Library of Congress has this half-tone of the photo on which this engraving seems to be based. It is according to the caption “taken in Civil War and authorized by her as the one she wished to be remembered by” 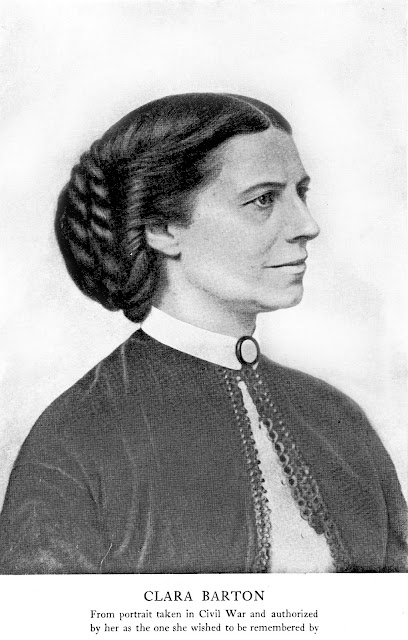 See Clara Barton's 1892 Poem  The Women Who Went to the Fields.
Posted by Allen Browne at 6:33 AM