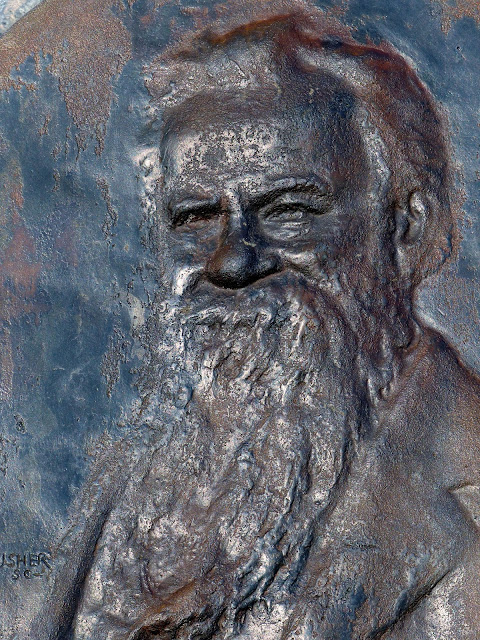 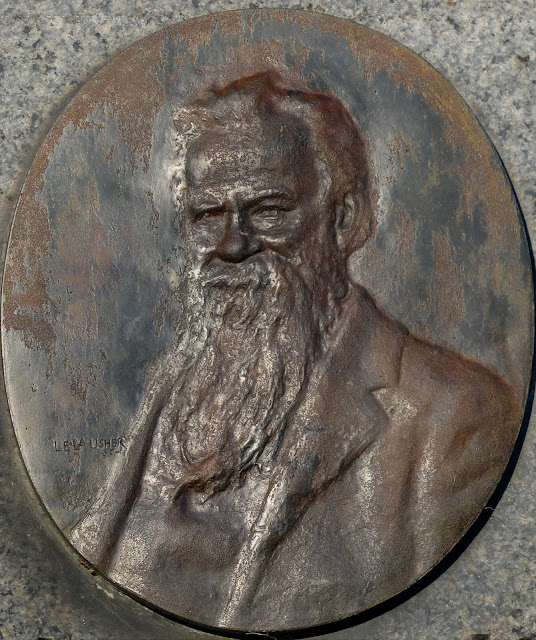 This bas relief portrait of John Wesley Powell by Leila Usher hangs on the headstone of Powell’s grave in Arlington National Cemetery.


“John Wesley ‘Wes’ Powell (March 24, 1834 – September 23, 1902) was a U.S. soldier, geologist, explorer of the American West, professor at Illinois Wesleyan University, and director of major scientific and cultural institutions. He is famous for the 1869 Powell Geographic Expedition, a three-month river trip down the Green and Colorado rivers, including the first known passage by persons of European descent through the Grand Canyon. 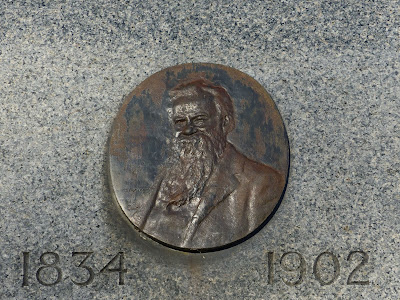 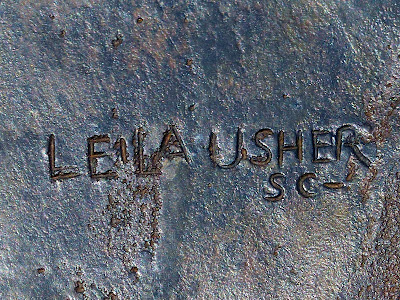 This photo which appeared in a 1902 Smithsonian Report is available at the Library of Congress.It closely resembles Usher's image of Powell and may be its source. 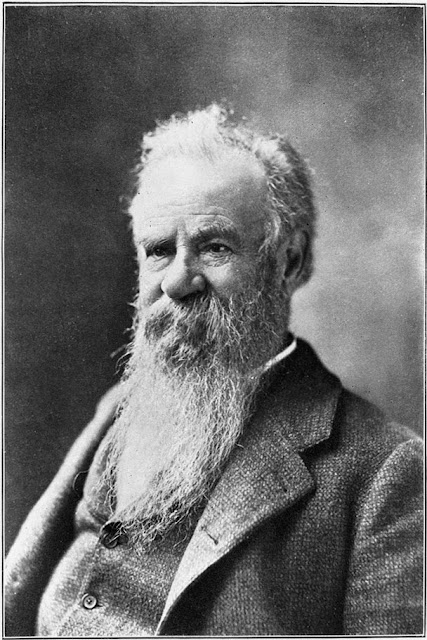 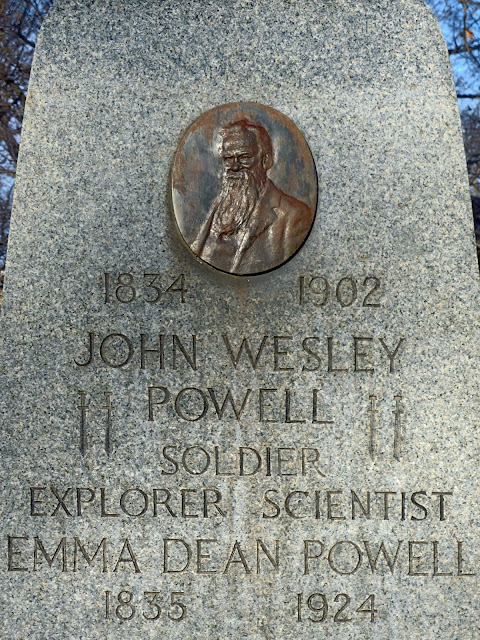 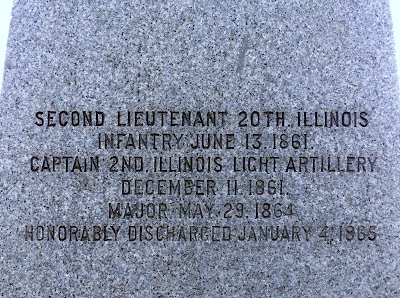 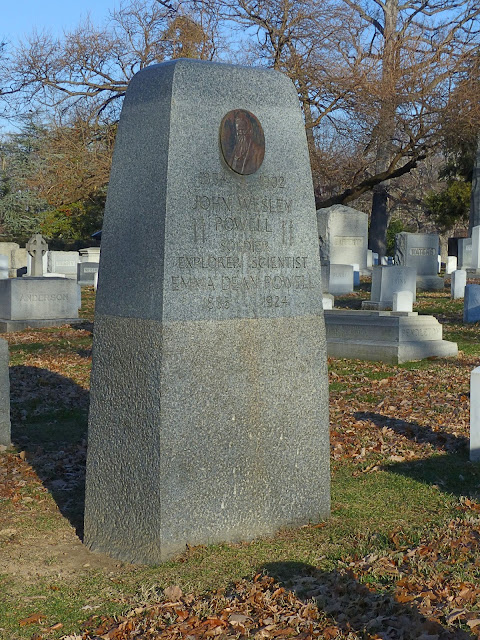