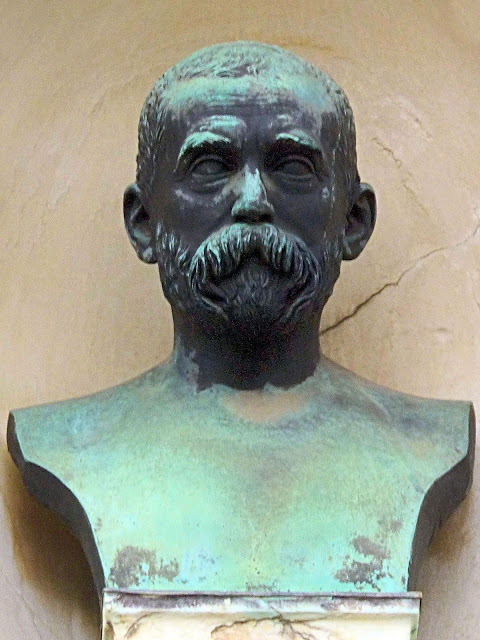 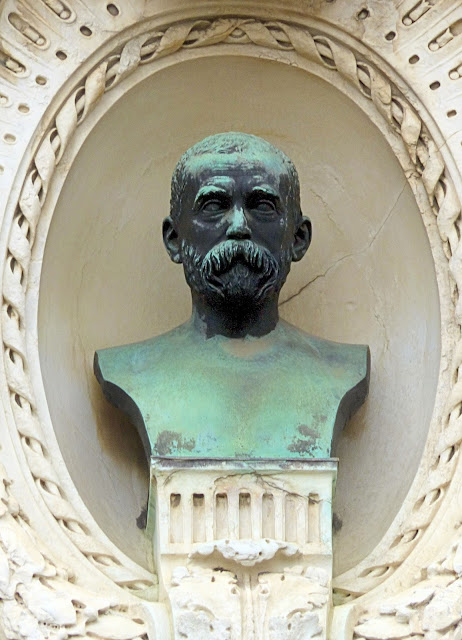 This 1907 bust of William T. Walters stands in a niche high above the front door of the Walters Art Gallery in Baltimore Maryland.


“WALTERS, wâl'terz, William Thompson, American merchant and art collector: b. on the Juniata River, Pa., 23 May 1820; d. Baltimore, Md., 22 Nov. 1894. He was educated as a civil engineer, but became interested in the coal and iron industry, and while in charge of a smelting establishment in Pennsylvania produced the first iron manufactured from mineral coal in the United States. He removed to Baltimore in 1841, and established himself as a wine merchant there in 1847. He was president of the first steamship line between Baltimore and Savannah and was one of the reorganizers of the Southern lines. In 1861-65 he resided in Europe, where he traveled widely in the interest of art, and purchased numerous additions for his collection. He was United States commissioner at the Paris expositions of 1867 and 1878, and also to that at Vienna in 1873. His private collection was one of the largest and most valuable in the United States, and his annual exhibit of his gallery for charity netted $30,000 for the poor of Baltimore. He wrote ‘Barye’ (1885); ‘Notes Upon Certain Masters of the 19th Century’ (1886), etc.” -- Encyclopedia Americana 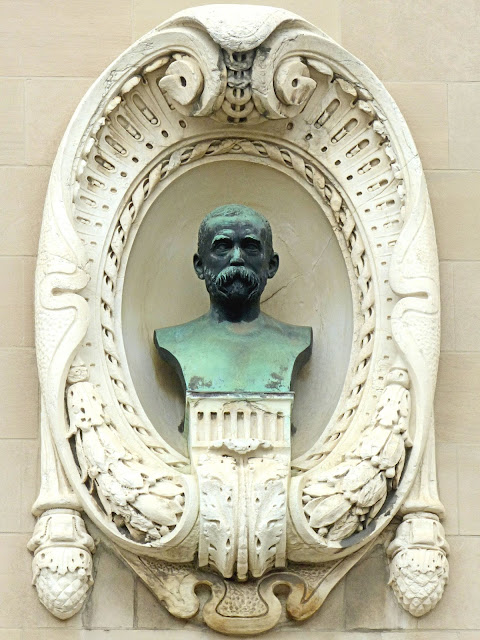 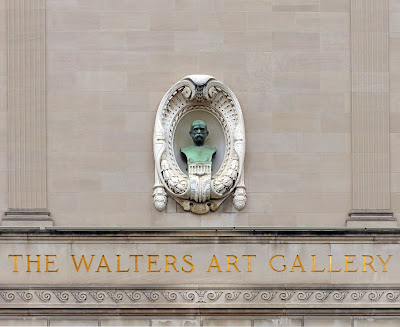