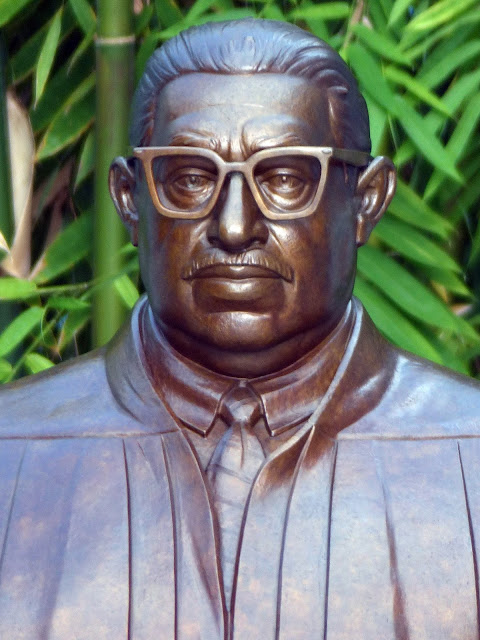 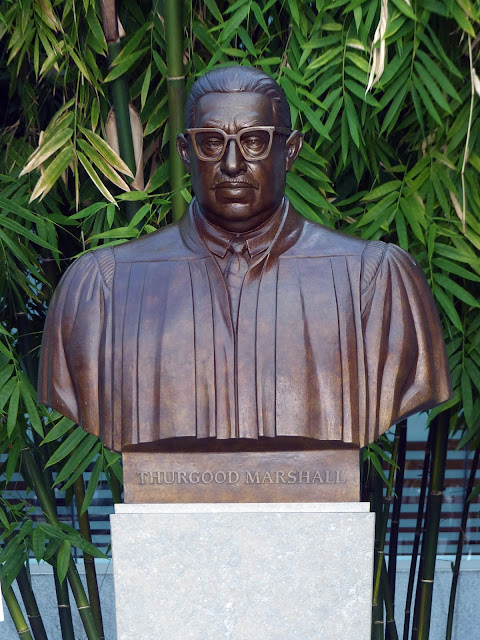 
“Thurgood Marshall (July 2, 1908 – January 24, 1993) was an American lawyer, serving as Associate Justice of the Supreme Court of the United States from October 1967 until October 1991. Marshall was the Court's 96th justice and its first African-American justice. Prior to his judicial service, he successfully argued several cases before the Supreme Court.” – Wikipedia 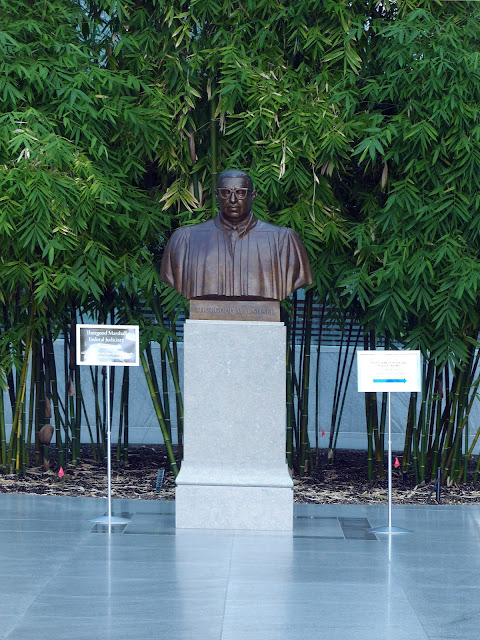 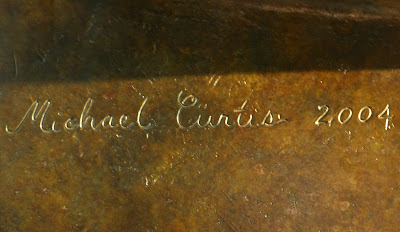 Michael Curtis 2004
The inscription on the back reads: 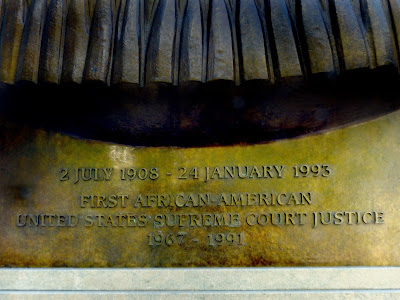 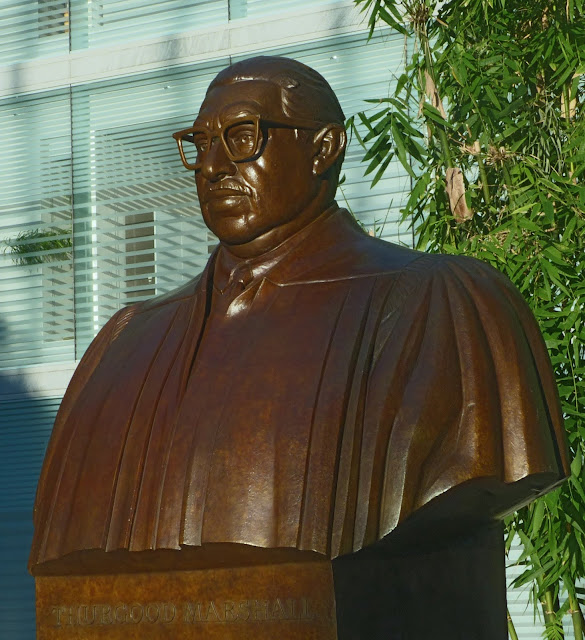 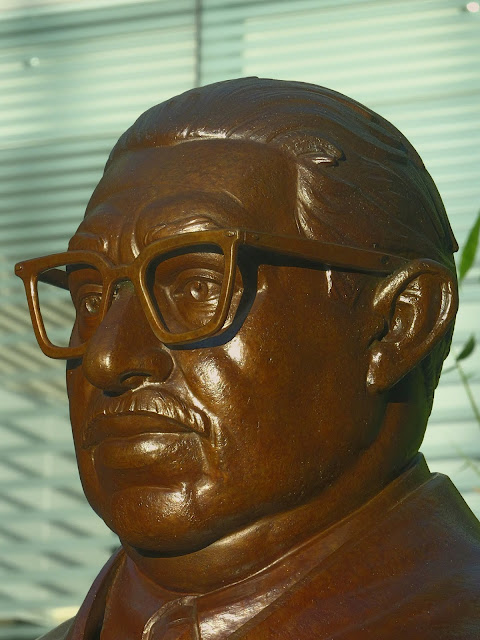 Marshall's Official 1976 Portrait can be found in the Library of Congress. 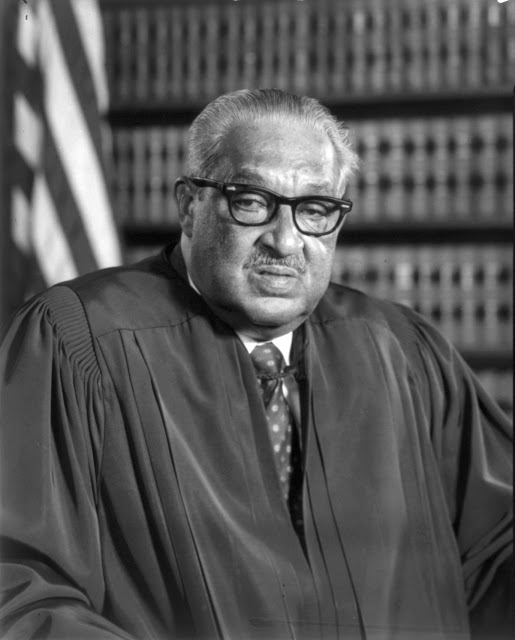 The front of Marshall's headstone in Arlington National Cemetery identifies him as a “Civil Rights Advocate.” 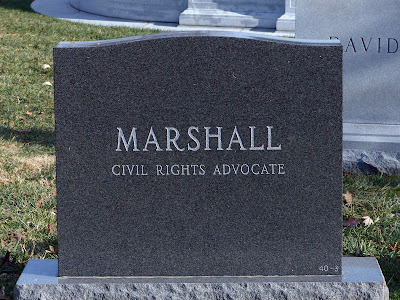 The reverse identifies him as an Associate Justice of the Supreme Court. 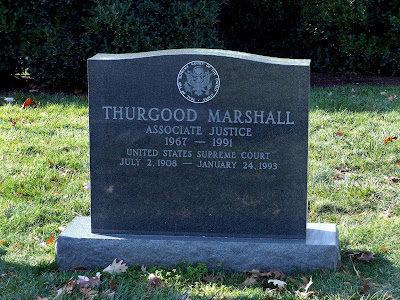 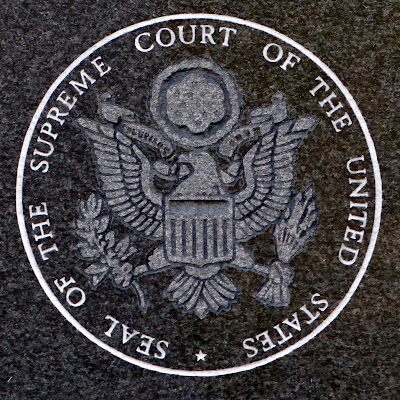