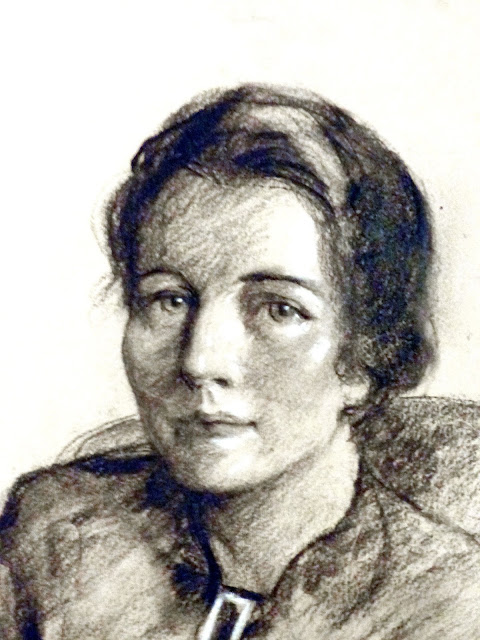 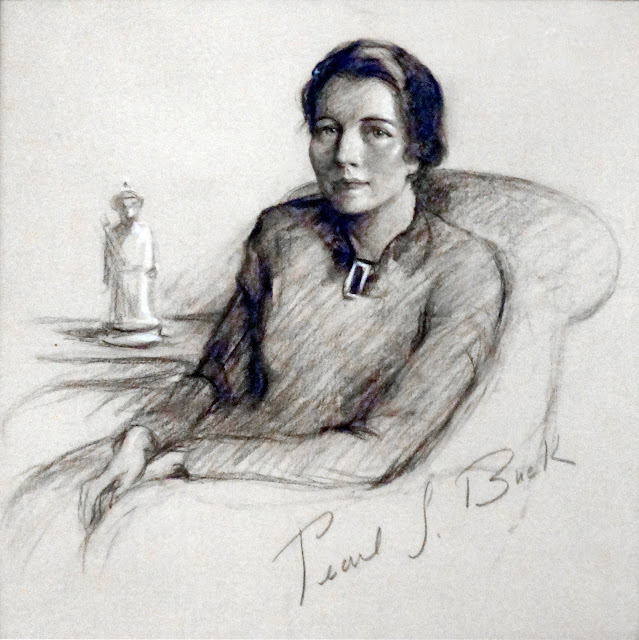 This 1938 charcoal and chalk portrait of Peal S. Buck (1892-1973) by Samuel Johnson Woolf hangs in the National Portrait Gallery in Washington DC.


“Raised in China, where her parents were missionaries, author Pearl S. Buck made it her life's work to foster understanding between East and West. While teaching English literature at the University of Nanking, she began writing fiction inspired by her observations of Chinese peasant life. Her second novel, The Good Earth, won the Pulitzer Prize in 1932; five years later she became the first American woman to receive the Nobel Prize in literature. After returning to the United States in 1934, Buck continued to write affectionately of the Chinese people, but her criticisms of communism cost her the opportunity to revisit the country in the 1970s. While raising a large family of adopted and foster children, Buck established organizations to improve the lives of Asian and mixed-race children. She was a co-founder of Welcome House, the first international, interracial adoption agency.” – National Portrait Gallery