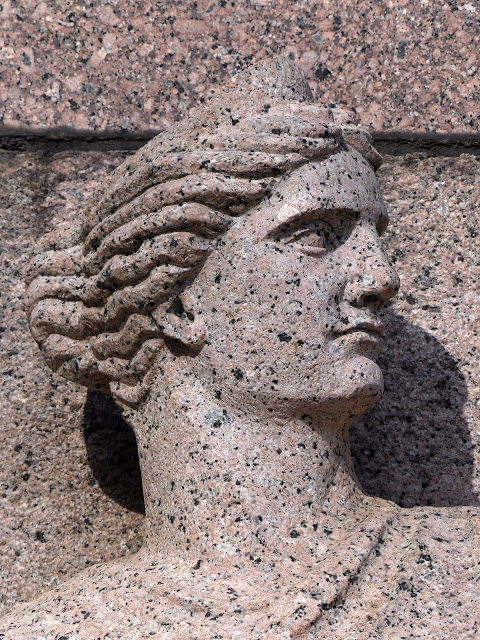 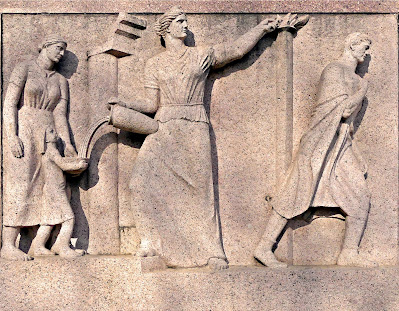 This high relief panel depicting Columbia, begun by Lee Lawrie in 1940 and finished by Harold C. Vogel in 1978,  stands near the H. Carl Moultrie I Courthouse in Washington, DC.  Columbia is shown pouring water for a woman and child and holding a lamp for a traveler,  representing  “Light, Water, and Thoroughfare,” important services provided by the city represented as Columbia. 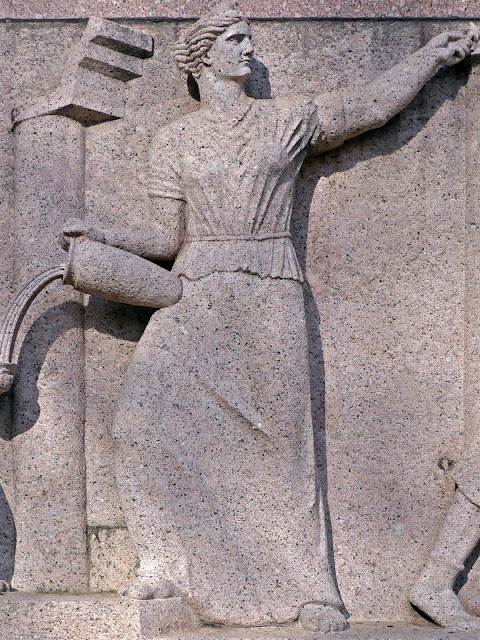 Columbia
Goode (2009) tells how this work came to have two sculptors:

This sculpture was started in 1940 by Lee Lawrie, famous for his design of the statue of Atlas in Rockefeller Center. Columbia is a high-relief panel located on the west side of the grand flight of steps between the Municipal Center and the H. Carl Moultrie I Courthouse. It shows Columbia pouring water into a basin held by a mother and child while also holding a lamp to light the way for another citizen.

This panel was designed to complement a similar panel sculpted by John Gregory in 1941 on the other side of the steps. It was intended to symbolize the municipal services of Light, Water, and Thoroughfare. The original sculptor, Lee Lawrie, was about two-thirds through with carving this sculpture when the work stopped in late 1941 after several holes developed in the granite. The city then tried to get the contractor who supplied the stone to repair it. The city was finally paid for the damaged stone in 1944, but the work was not resumed because of World War II.

The executive offices of the D.C. government were to move from the District Building near the corner of Fourteenth Street and Pennsylvania Avenue to the West Municipal Building to allow all of the offices of the D.C. government to be located together in one place. The District Building was then to be demolished to complete the master plan of the Federal Triangle. When it was decided not to build the West Municipal Building in the 1950s, no interest was taken in finishing the second sculptured panel at John Marshall Place.

When the second sculptor of Columbia, Harold C. Vogel, removed the wood framing covering the work in 1977, he found that part of the sculpture was partially roughed out. It had been boarded up for thirty-six years. Columbia was actually finished because the architect for the original 1941 adjacent steps and plaza, Eric Menke, requested that the District of Columbia government complete the boarded-up sculpture in 1974 when the plan for the adjacent D.C. Courthouse was approved. When he finished carving the work, Vogel fitted pieces of matching granite into the half-dozen holes that had developed in the stone when Lawrie stopped his work.

See Anne H. Oman, A Happy Ending To Sculpture's History Of Mishaps and Neglect in the Washington Post, April 20, 1978. 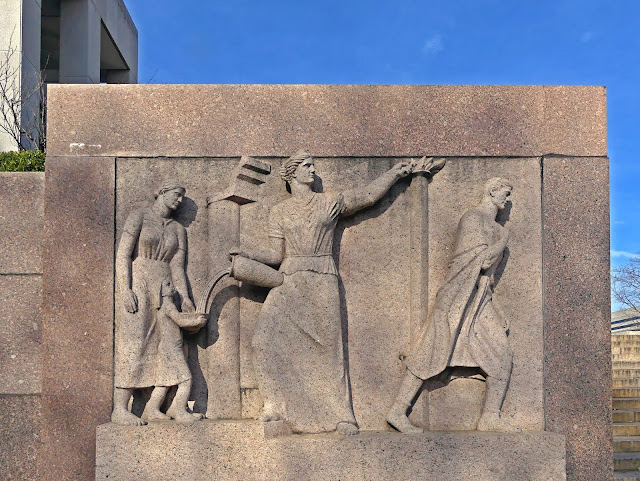 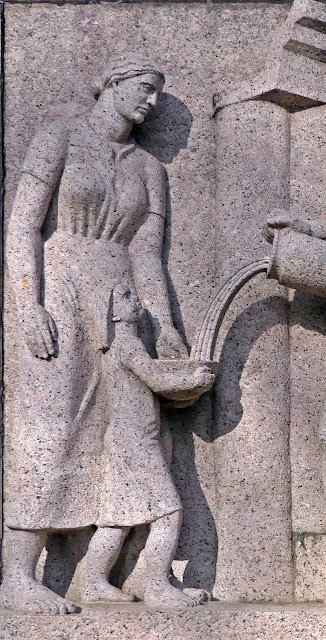 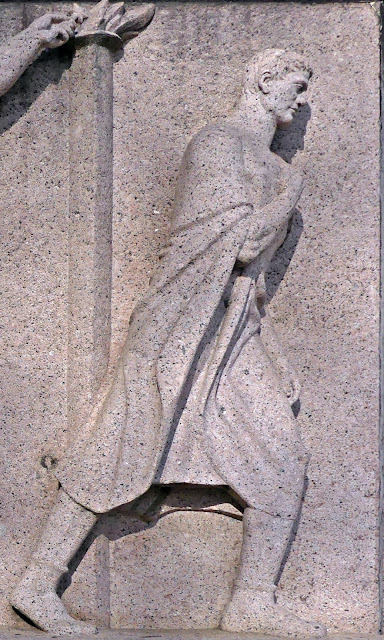 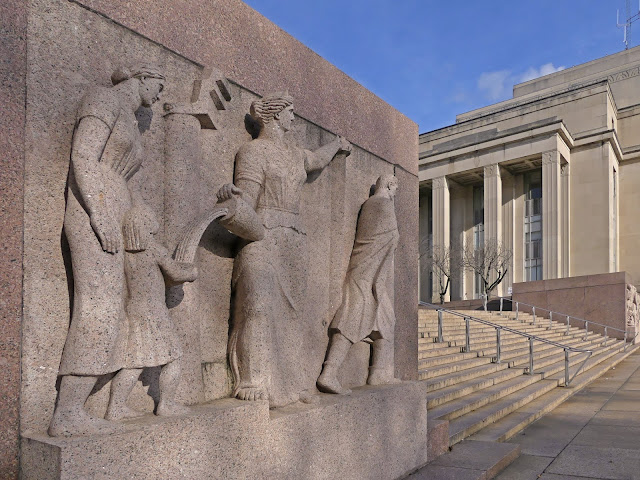