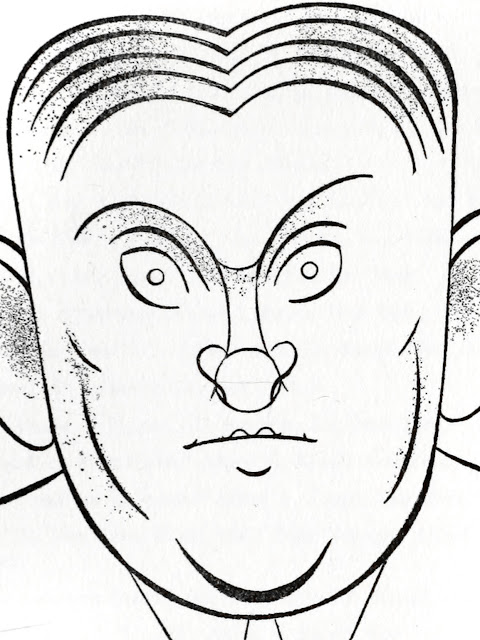 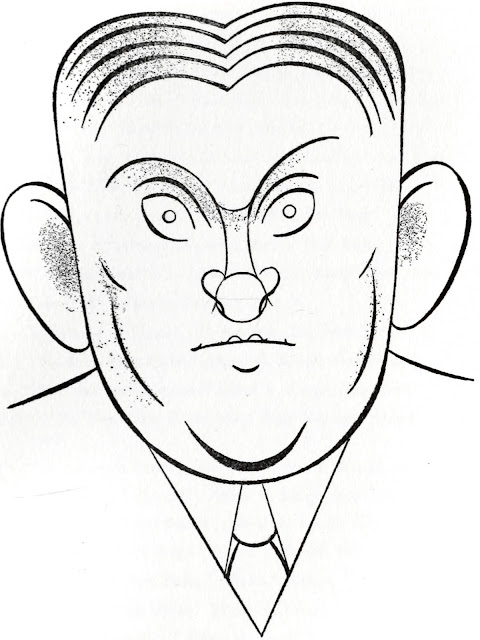 This caricature of Henry L. Mencken by Eve Hermann appeared in her 1929 book, On parade.

ALL of my work, barring a few obvious burlesques, is based upon three fundamental ideas: 1. That knowledge is better than ignorance; 2. That it is better to tell the truth than to lie, and 3. That it is better to be free than to be a slave. All of these ideas are taught in the American schools, but every effort to give them practical reality is excessively offensive to so-called “good” Americans. I am thus somewhat unpopular in my native land, and the hope of becoming President is one that I may not cherish. But my aspirations in that direction are very faint, and so I do not repine. All I ask of “good” Americans is that they continue to serve me hereafter, as in the past, as willing laboratory animals. In that role they have great talents. No other country houses so many gorgeous frauds and imbeciles as the United States, and in consequence no other country is so amusing. Thus my patriotism is impeccable, though perhaps not orthodox. I love my country as a small boy loves the circus.
H. L. MENCKEN

While Mencken did not create the American Language, he wrote the book on it.
Wikipedia has this photo of Mencken by Ben Pinchot, which appeared in Theater Magazine in 1928. 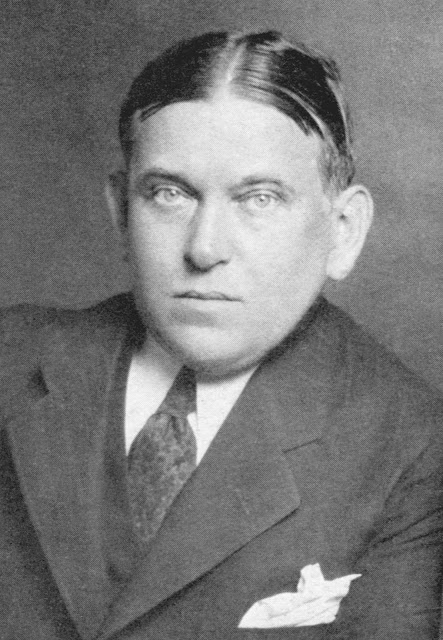 Roscoe Burton and Vincent O'Sullivan in their 1920 booklet H.L. Mencken have several images of Mencken. A autographed photograph by Meredith Janvier: 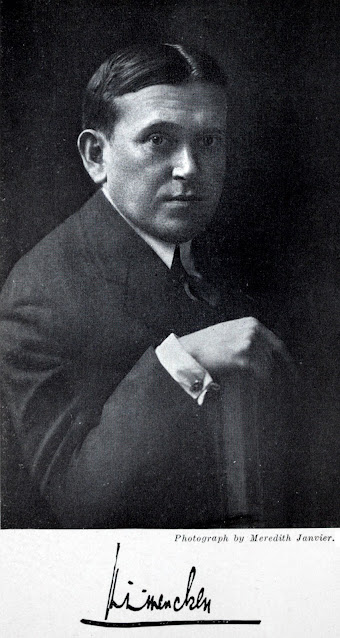 A pencil drawing by Willem Wirtz: 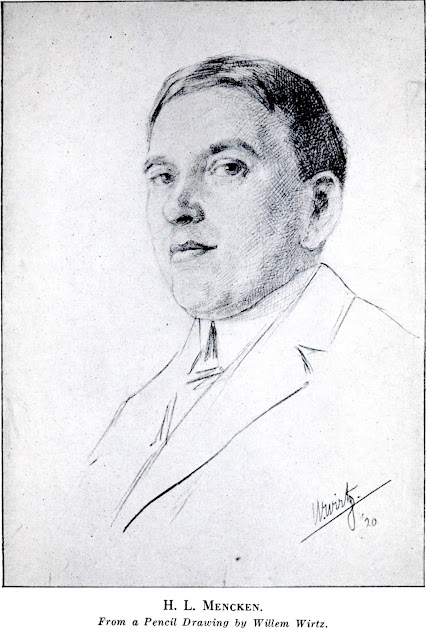 And The Subconscious Mencken, an inductive synthesis by McKee Barclay. 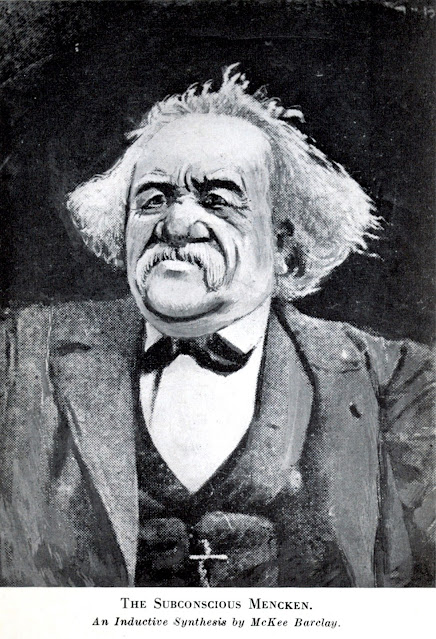 Mencken wrote Barclay in November of 1920 noticing the publication of this image in Burton & O'Sullivan's pamphlet. (See Rasmussen, 1973)

So I am a Philistine? Holy jumping Jesu! Observe the within. That picture of yours has got a good deal more notice than all the rest of the contents of the pamphlet.

Mencken later reveled in the fact that people took this for a true representation.
Posted by Allen Browne at 12:00 AM