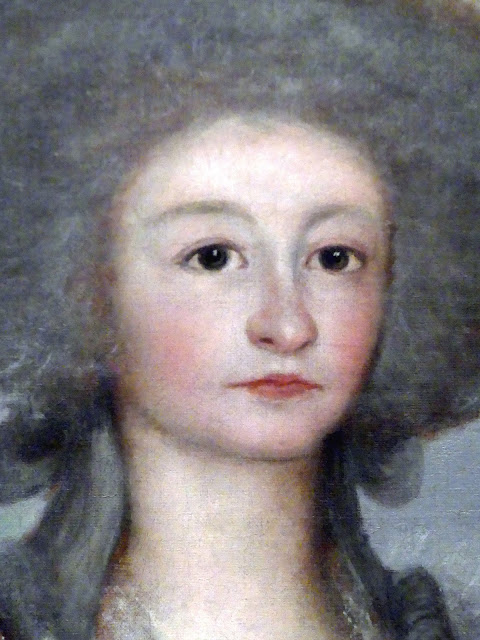 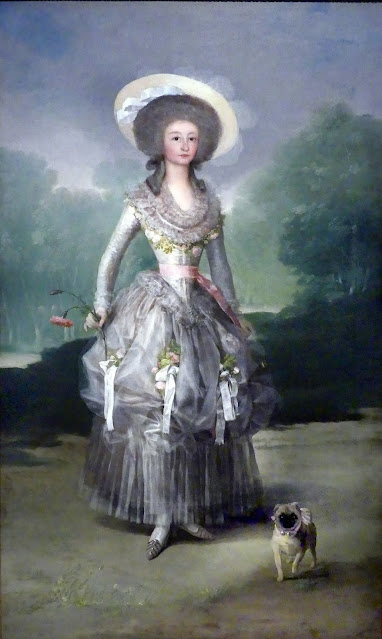 This c. 1786 portrait of The Marquesa de Pontejos by Francisco de Goya hangs in the National Gallery of Art in Washington, DC.

Trees, grass, and shrubbery, simplified almost to abstraction, set off the fragile, wasp–waisted figure of María Ana de Pontejos y Sandoval, the Marquesa de Pontejos. Splendidly attired, she typifies those ladies of the Spanish aristocracy who affected the “shepherdess” style of Marie Antoinette, so popular in pre–revolutionary France.
The 18th century's sentimental fondness for nature, influenced by the writings of Jean–Jacques Rousseau, is alluded to in the parklike setting, the roses arranged around the bodice of the gown and tucked into the folds of the voluminous overskirt, and in the carnation that the marquesa holds with self–conscious elegance. Framing her artfully arranged coiffure, the broad–brimmed picture hat again bespeaks high fashion, perhaps imported from England; such hats were often seen in contemporary portraits by Gainsborough and other British painters. While the painting's pale tones reflect the last stages of the rococo in Spanish art, the overall silvery gray–green tonality is equally reminiscent of the earlier Spanish master, Velázquez, whose paintings Goya had studied and copied.

Goya probably painted this portrait on the occasion of the marquesa's first marriage, to Francisco de Monino y Redondo, brother of the all–powerful Count of Floridablanca, another of Goya's noble patrons. -- NGA 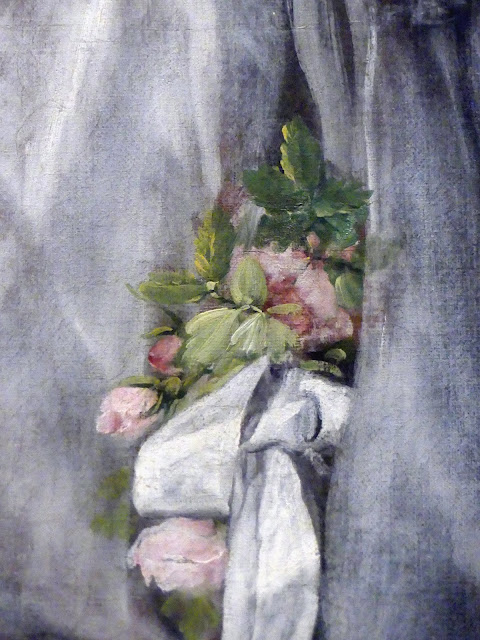 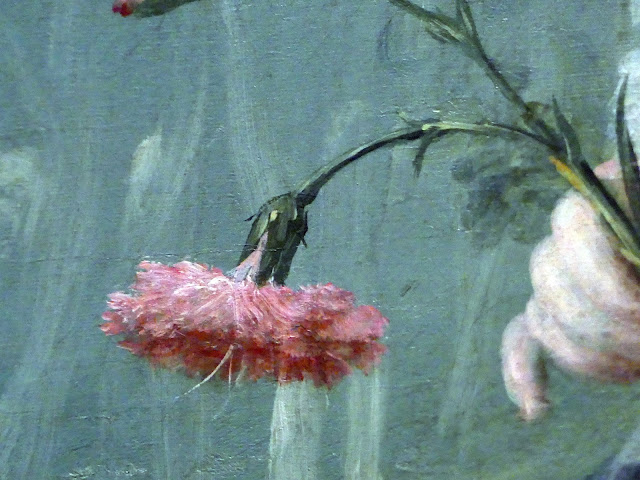 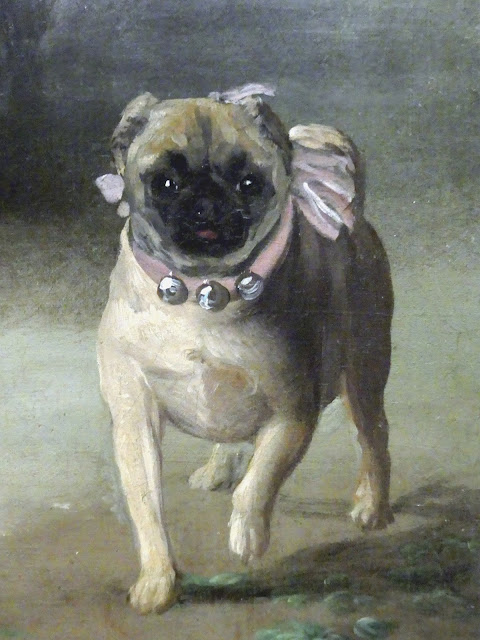 Pug
This painting is the cover picture of the National Gallery's Paintings of the Fifteenth through Nineteenth Centuries, which gives this short biography of Doña María Ana de Pontejos y Sandoval:

BORN ON 11 September 1762, Doña María Ana de Pontejos y Sandoval was the only child of Don Antonio Bruno de Pontejos y Rodriguez and Maria Vicenta de Sandoval.7 The Pontejos family was very wealthy and had residences in Madrid, Cádiz, Santander, and Torrejón de Ardoz. Doña María Ana became the fourth Marquesa de Pontejos upon the death of her father in 1807. She was married three times, first in 1786 to Francisco de Monino y Redondo, Spanish ambassador to Portugal and brother of the Conde de la Floridablanca, first minister to the king between 1777 and 1792. At the time of Doña María Ana's marriage to Monino, Floridablanca was at the height of his political influence; as his sister-in-law, Doña María Ana moved in the highest court circles. In 1787 she was made an honorary member of the Real Sociedad Económica (Royal Society of Economics). Following Floridablanca's dismissal from the government in 1792, Monino and Doña María Ana were exiled to Murcia for a brief period.

Shortly after Monino's death, Doña María Ana married Don Fernando de Silva y Meneses, a royal bodyguard from a distinguished Sevillan family. Widowed again in January 1817, she married in September of the same year her most famous husband, Joaquín Pérez Vizcaino y Moles (1790-1840), with whom she shared her titles. In 1820 Vizcaino joined the national militia, which opposed King Ferdinand VII. He and his wife were forced to flee Spain in 1822 as a result of his outspoken support of liberal reforms. During their long exile, the marqués and marquesa traveled throughout Europe. They were able to return to Spain in 1833 after Francisco Tadeo Calomarde and other conservative government ministers were removed from office. After Doña María Ana's death on 18 July 1834, Vizcaino used her estate to help finance business ventures such as the foundation of the important bank Caja de Ahorros and charitable projects such as construction of housing for the homeless. Vizcaino was active in politics and served as mayor of Madrid. 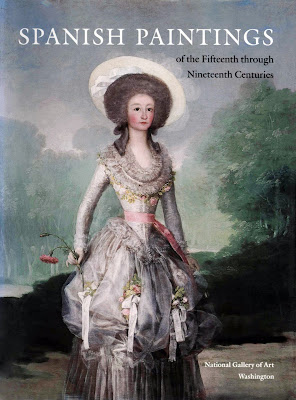 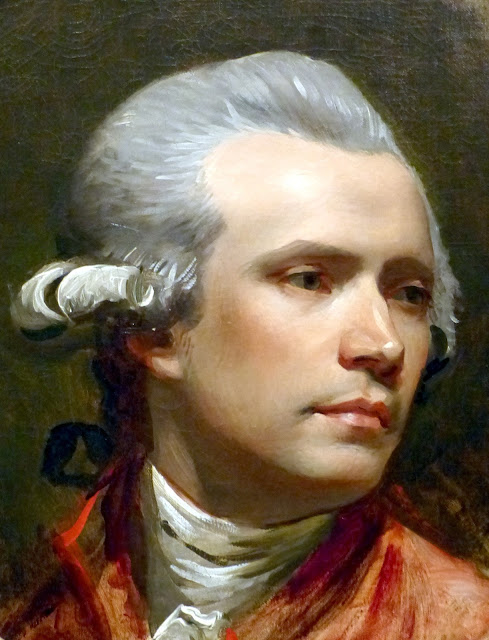