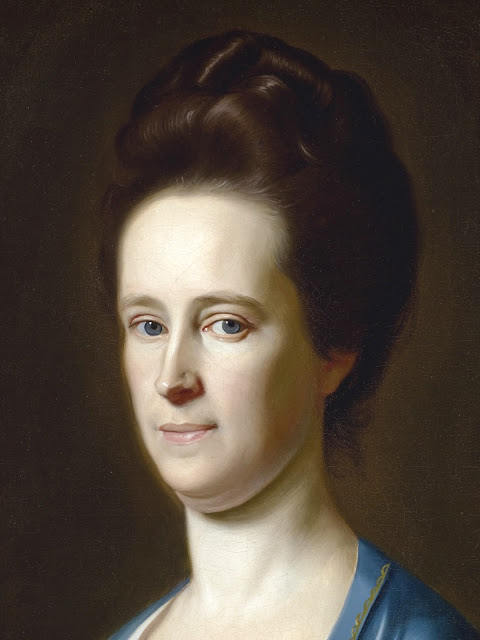 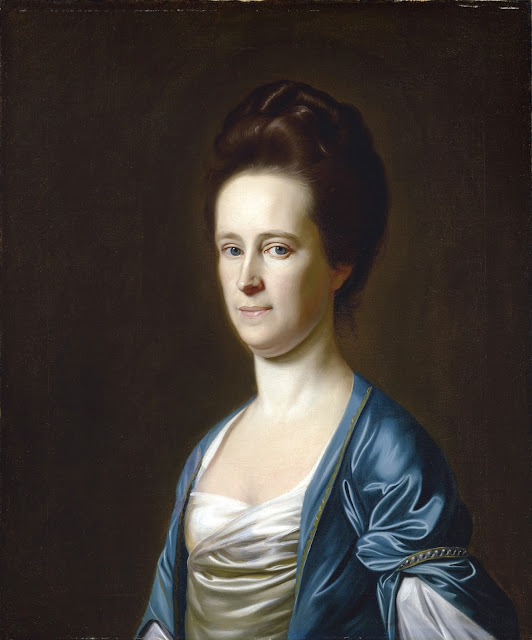 This 1775 portrait of Mrs. Elizabeth Coffin  Amory appeared for sale at Sotheby's in 2019.  A Redditor identified as tta2013 wrote this about the portrait.

Born in Boston, Mrs. Elizabeth Coffin Amory (1743-1823) was the daughter of William Coffin, a successful distiller, and Anne Holmes. She married Thomas Amory II (1722-1784) in 1764 and resided in the Governor Belcher House at Washington and Harvard Streets in Boston. Her husband was the eldest son of Thomas and Rebecca (Holmes) Amory. His father was a prominent merchant and rum distiller who died when Thomas II was six years old. He later studied Divinity at Harvard before taking over his family’s distilling business alongside his two younger brothers. Though notably unpretentious, he enjoyed hosting lavish social gatherings and was close friends with the unusually wealthy and stylish merchant Nicholas Boylston, who Copley painted three times. The marriage between Elizabeth and Thomas II represented a significant merger between two rival distilling families.
Thomas II’s younger brother, John, was the first member of the family to commission a portrait from Copley. In 1763, his wife Katherine Greene sat for a portrait that is now in the collection of the Museum of Fine Arts, Boston. Five years later, John commissioned his own portrait (Museum of Fine Arts, Boston) and in about 1770 he ordered a posthumous pastel of his father. According to Carrie Rebora Barratt and Paul Staiti, John asked Thomas II to pay a portion of the fee for their father’s portrait and it likely through this arrangement that the older brother was introduced to the artist. In the following years, Thomas II commissioned a half-length portrait of himself and the present bust-length portrait of his wife. Both pictures wonderfully captured the refined elegance and unassuming modesty that characterized the couple and their lives together. -- tta2013 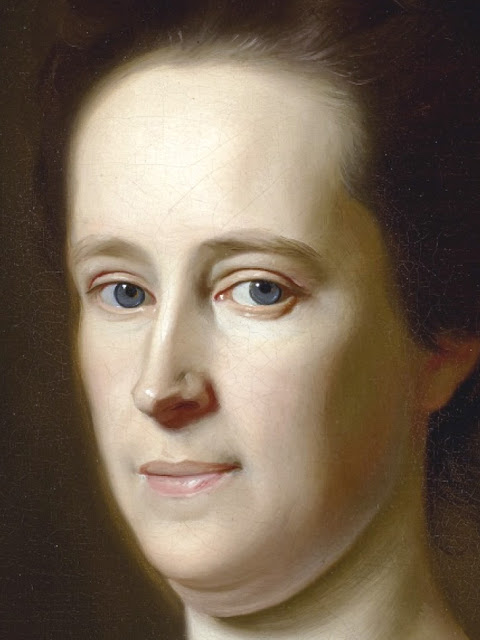