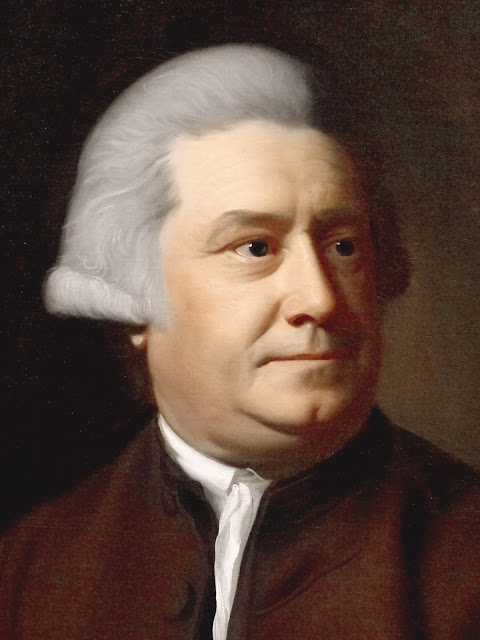 This c. 1770-1772 painting of Thomas Amory II by John Singleton Copley hangs in the National Gallery of Art in Washington, DC.

The pre-eminent portraitist of colonial America, John Singleton Copley was also one of the nation’s most prolific artists. While he occasionally painted politicians and public figures, the majority of his sitters were merchants and members of the gentry. Copley was at the height of his success in this country in the early 1770s when he completed this elegant portrait of Boston distillery owner Thomas Amory II.

Copley was well known for portraying his subjects in lavish costumes and elegant surroundings. In this painting, however, he presents Amory in an understated brown coat and waistcoat, leaning comfortably on a lighter brown, heavy stone column before a similarly colored unarticulated background. The artist’s nearly monochromatic palette contributes to the portrait’s overall subtlety and refinement. At the same time, Copley enlivens the composition through a diagonal line of bright details: Amory’s head, face, white shirt, and one ungloved hand are dramatically illuminated, a play of light Copley continues down the gold-capped, honey-colored walking stick. Amory’s bright eyes, lending a kind air to his wise and dignified countenance, gaze to the right. Taken together, these details lend a sense of narrative to the quiet portrait, suggesting that the merchant has paused during one of the walks he regularly enjoyed along the streets of Boston. -- NGA 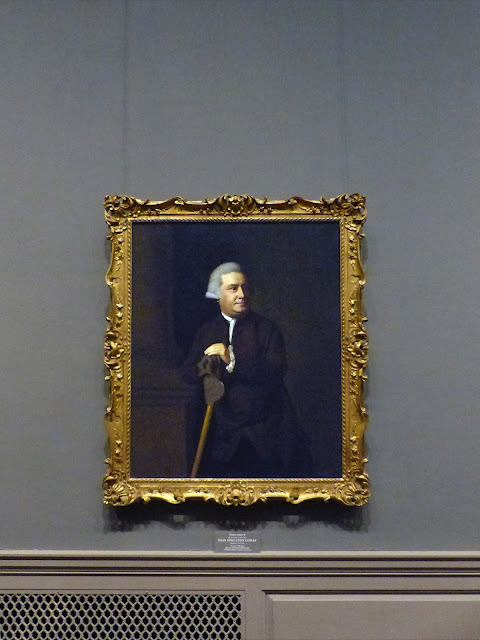 Franklin Kelly tells about Amory, in a letter quoted in Kinsmen and Kinswomen.

Amory, the son of a successful merchant and distiller of rum and turpentine, attended Harvard and initially intended to enter the ministry. However, he acceded to his mother’s wish that he take over the family business and went on to run it with considerable acumen. In 1764 he married his cousin Elizabeth Coffin, daughter of a competing distiller, thus uniting his own family fortunes with those of hers. At the time Copley painted him, Amory was about fifty years old. Wearing a brown coat and simple white shirt, Amory is posed against a dark background, leaning against the base of a large column, as if he has paused for a moment on one of the walks he was known to enjoy regularly. Gazing thoughtfully off to his left, he is illuminated by a strong light that draws the viewer’s attention to his ungloved left hand and to his head. We are left with the impression of a sympathetic, dignified man who has surely attained a measure of wisdom from life’s experiences.
Although he was a staunch Loyalist who once faced down an angry mob gathered outside his house, Amory never actively opposed the quest for independence. He remained in Boston during the war and kept his business interests secure, but when the Colonials retook the city he was denounced and sent for two months’ detention in Waltham, Massachusetts. Undaunted, Amory then returned and resumed his work; following his death in 1784 his children were comfortably provided for. His portrait remained in the family’s possession for more than two centuries before it was acquired by the Corcoran in 1989.

It was Kelly as curator of collections at the Corcoran who selected this painting for purchase in 1989, an important acquisition for the Corcoran. See Paul Richard's article, Corcoran Buys Copley Canvas, in the Washington Post, October 18, 1989. The painting came to the National Gallery in 2014. 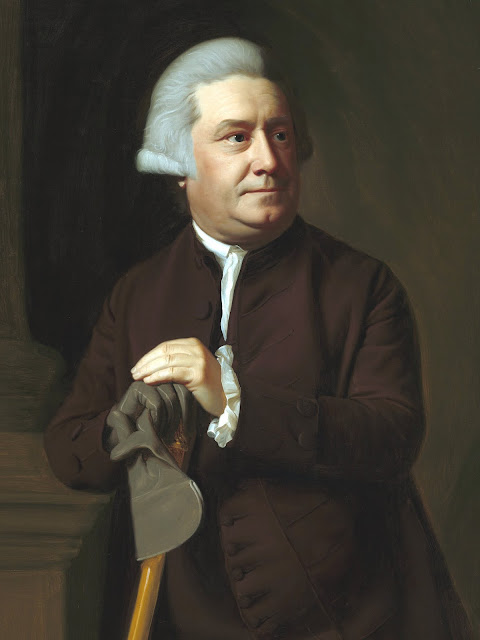