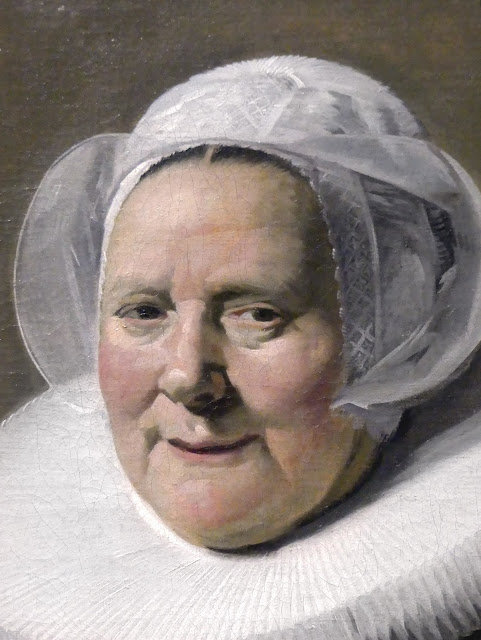 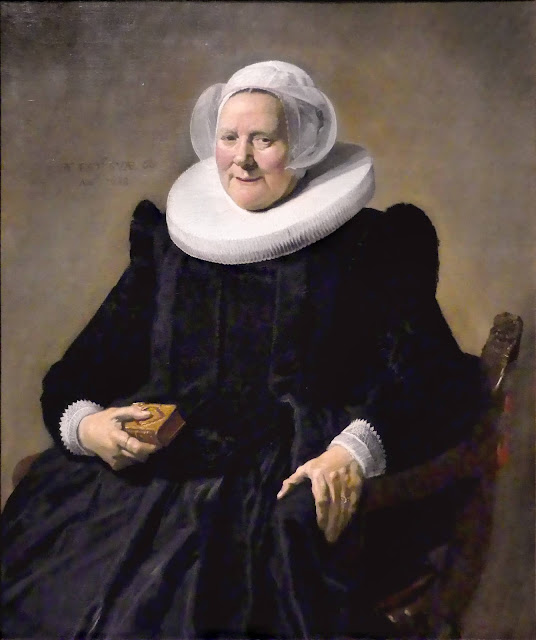 This 1633 painting Portrait of an Elderly Woman by Frans Hals hangs in the National Gallery of Art in Washington, DC.


Although the name of the sitter in this impressive portrait is not known, Hals has inscribed her age, sixty, and the date of the painting, 1633, in the background on the left. The small Bible or prayer book she holds in her right hand and her conservative black costume with its white millstone ruff collar convey a pious nature, yet Hals reveals far more about her through her face and hands than through her costume or book. With broad strokes of the brush he captures her lively, robust personality. The woman’s self-confidence is expressed in the twinkle of her eyes, in the firm grasp of her hand on the arm of the chair, and in the strong silhouette of her form against the light gray background.

This painting demonstrates the range in Hals’ brushwork for commissioned portraits of the early 1630s. At this stage of his career, projecting the three-dimensionality of the figure through strong modeling of the features was of primary importance. The form of the head is built up in planes of light that are accented with firm strokes in the highlights and shadows. The white lace cap and collar are carefully depicted, as the artist sought to project not only their detail but also their translucence. While he also articulated the design in the black jacket with great care, he indicated the folds of the skirt with comparatively free.  -- NGA 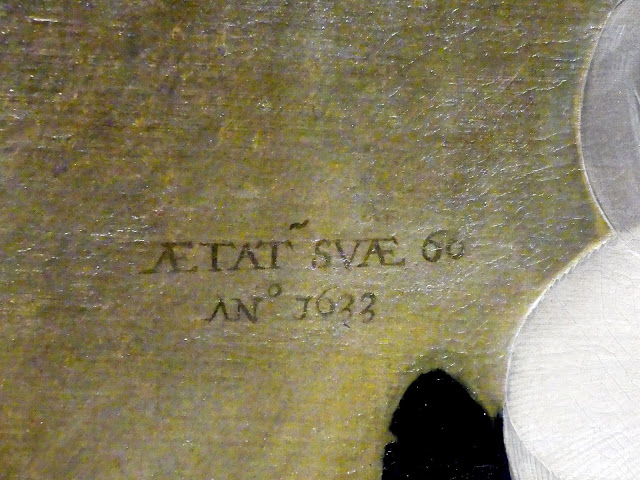