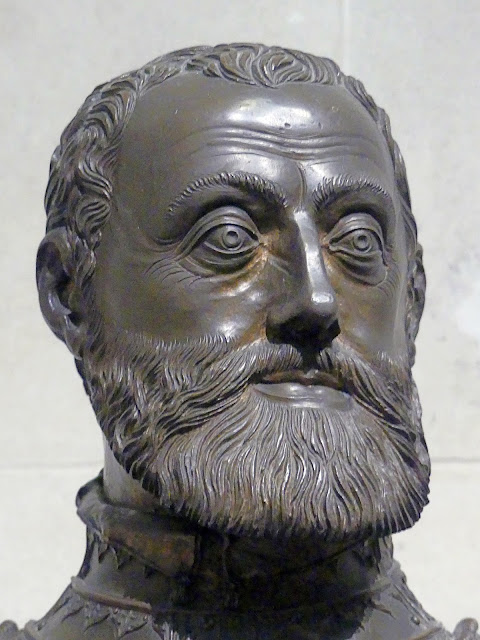 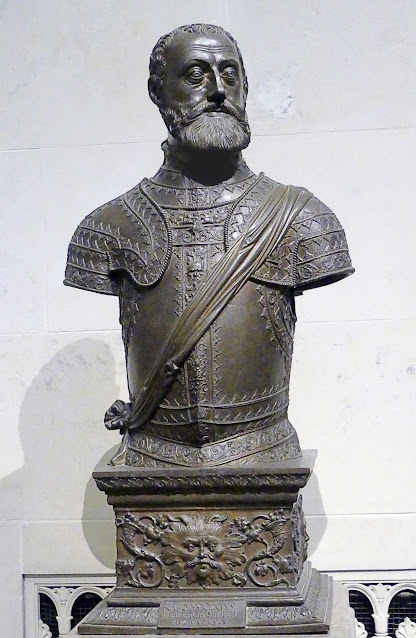 This 1550/1568 bust of Holy Roman Emperor Charles V, “Probably Flemish 16th Century, After a Model By Leone Leoni,” stands in the National Gallery in Washington, DC.


Charles V (24 February 1500 – 21 September 1558) was Holy Roman Emperor and Archduke of Austria from 1519, King of Spain (Castile and Aragon) from 1516, and Lord of the Netherlands as titular Duke of Burgundy from 1506. As head of the rising House of Habsburg during the first half of the 16th century, his dominions in Europe included the Holy Roman Empire, extending from Germany to northern Italy with direct rule over the Austrian hereditary lands and the Burgundian Low Countries, and a unified Spain with its southern Italian kingdoms of Naples, Sicily, and Sardinia. Furthermore, his reign encompassed both the long-lasting Spanish and short-lived German colonizations of the Americas. The personal union of the European and American territories of Charles V was the first collection of realms labelled “the empire on which the sun never sets.” -- Wikipedia 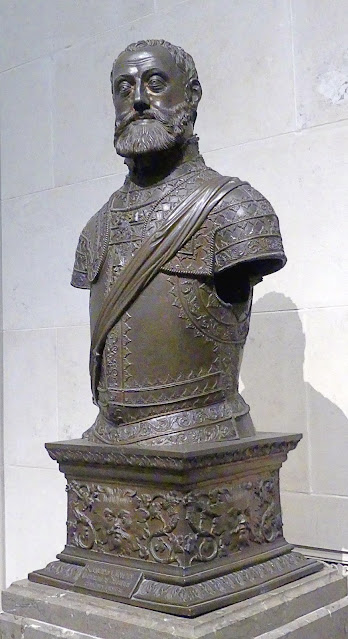 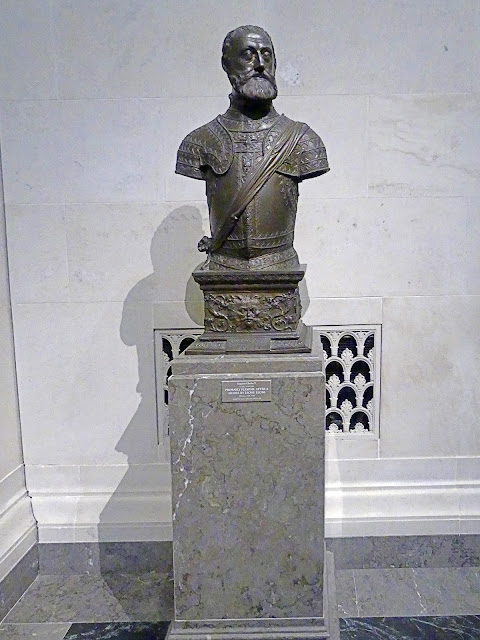 Wendy Sepponen notes that Charles V is here referred to by his military  title “Imperator”, general rather that the more imperial “Caesar.” He is wearing the armor he wore at the battle of Mühlberg in 1547. 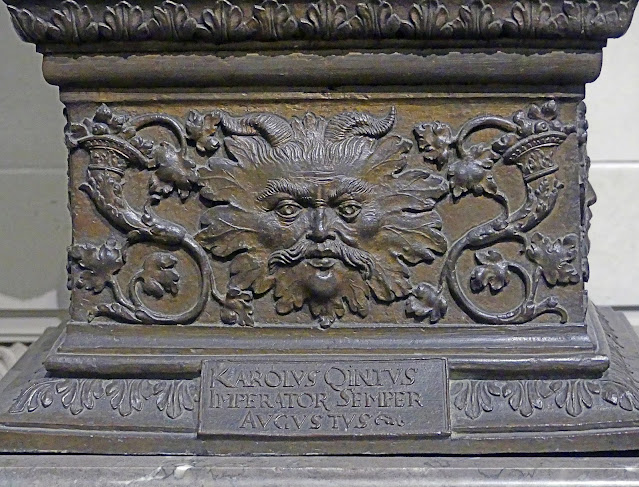 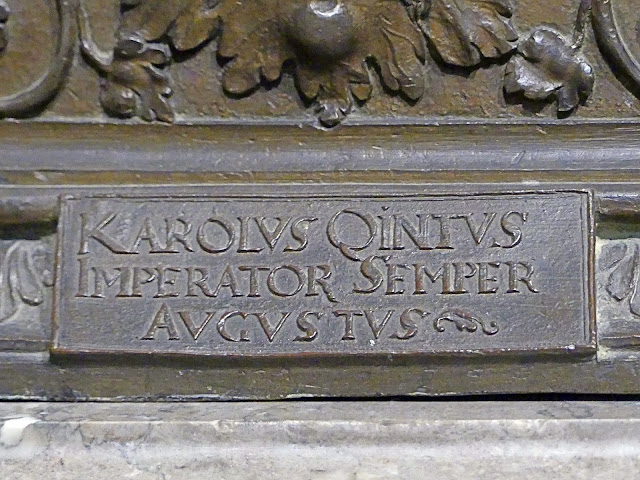 Wendy Sepponen, Joseph F. McCrindle Fellow, department of sculpture and decorative arts, National Gallery of Art. Recent technical examinations have revealed that a bronze bust of Holy Roman Emperor Charles V in the National Gallery of Art, formerly attributed to imperial sculptor Leone Leoni (Milanese, c. 1509–1590), was in fact most likely cast in an unidentified bell or canon foundry. In this lecture held on April 25, 2016, as part of the Works in Progress series at the Gallery, Wendy Sepponen argues that though we do not know who made the portrait, it nevertheless exemplifies the longstanding practice amongst Habsburg rulers to rely on foundries throughout their territories to satisfy their diverse needs for instruments of war and dynastic portraiture, thereby reinforcing the status of bronze as the ideal imperial material. -- NGA 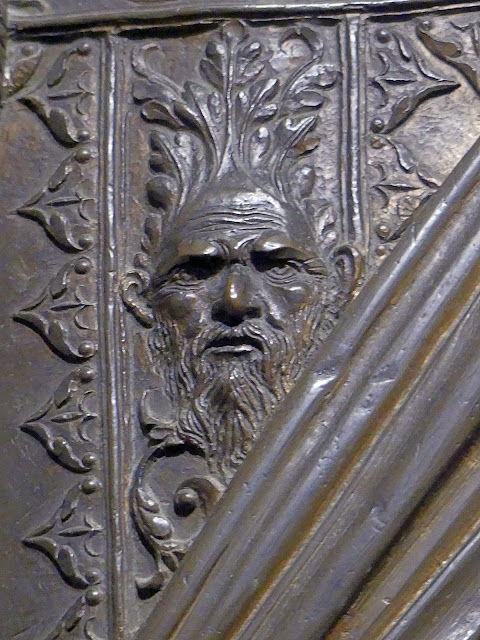