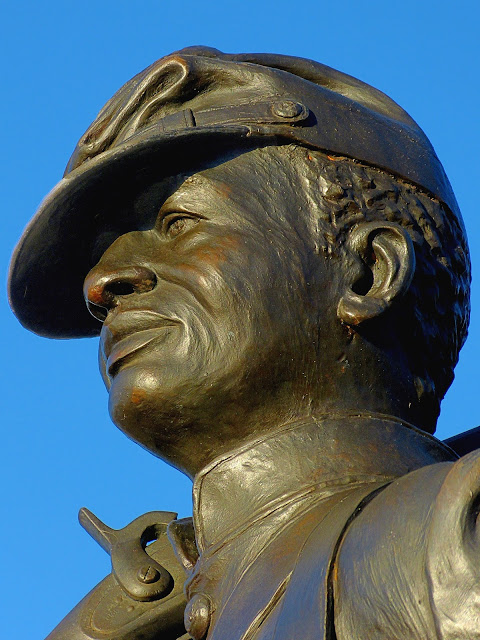 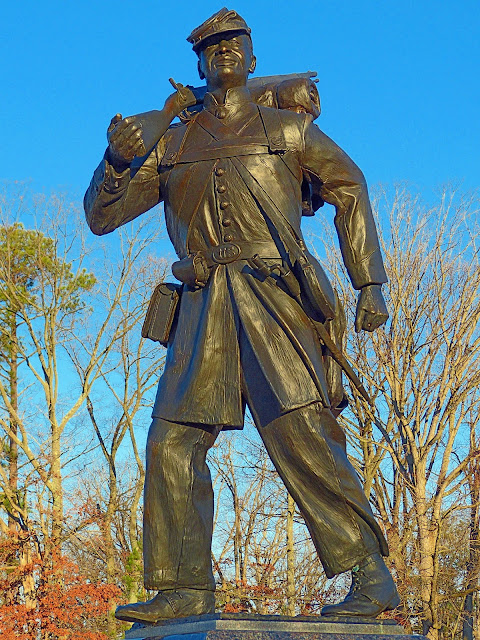 This statue of a USCT trooper by Gary Casteel stands in John G. Lancaster Park on Willows Road in Lexington Park, Maryland. It's part of the U.S. Colored Troops Memorial. It was unveiled on Juneteenth (June 16) 2012, the ground breaking was on March 4th. 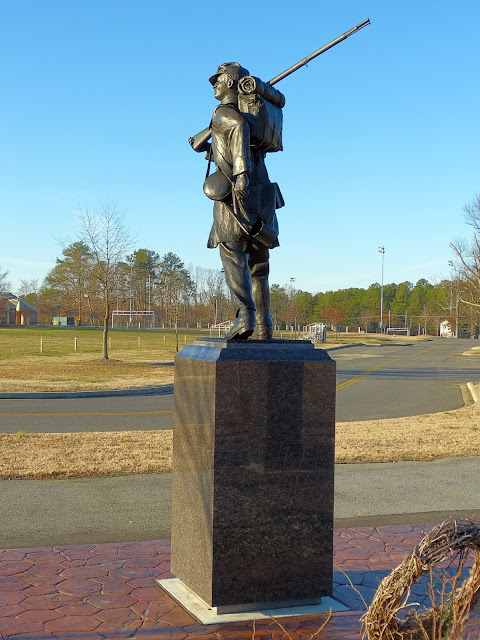 The introduction of the program was given by Dr. Janice Walthour, a member of the Board of Trustees for the College of Southern Maryland. She stated, “Today, we bring to fruition the vision of Idolia Shubrooks and her family. Over twenty years ago, Idolia found her grandfather’s (Pvt. Alexander Armstrong) muster papers from the USCT and began to do research and believed that a monument to honor these sons of St. Mary’s County must be established.” -- Emerging Civil War 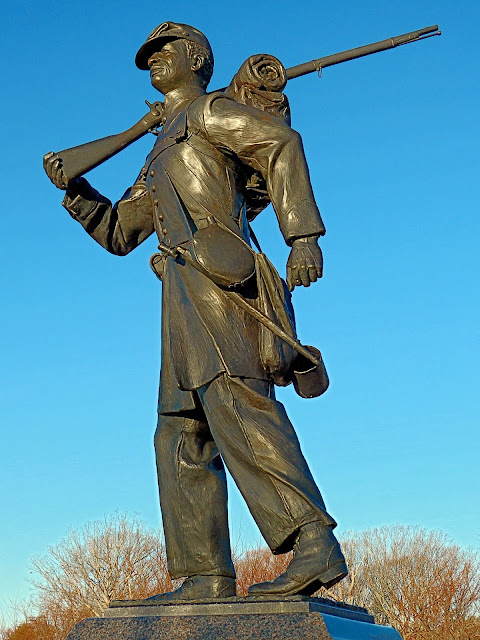 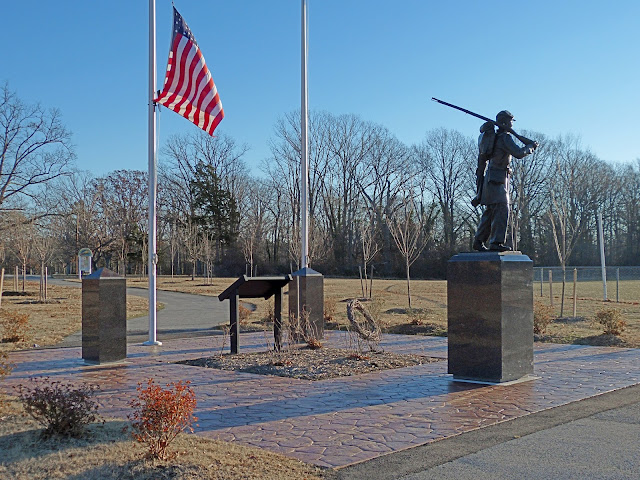 The monument contains an historical marker about United States Color Troops, which can be examined in detail at HMdb. 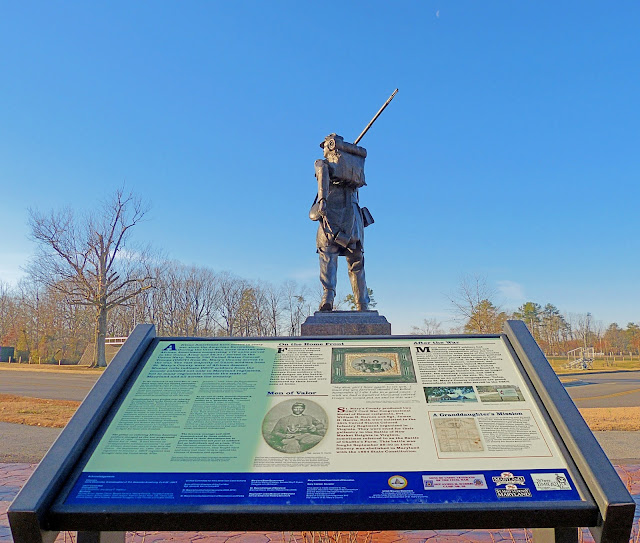 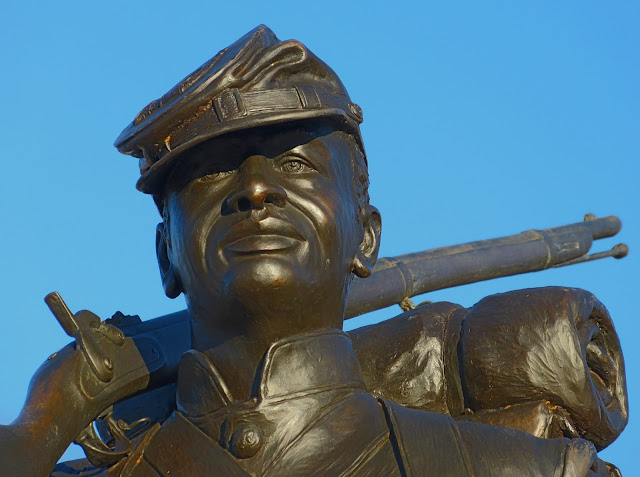 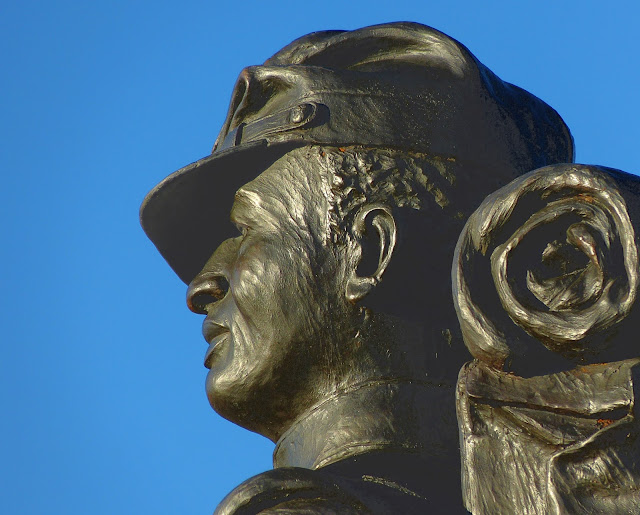 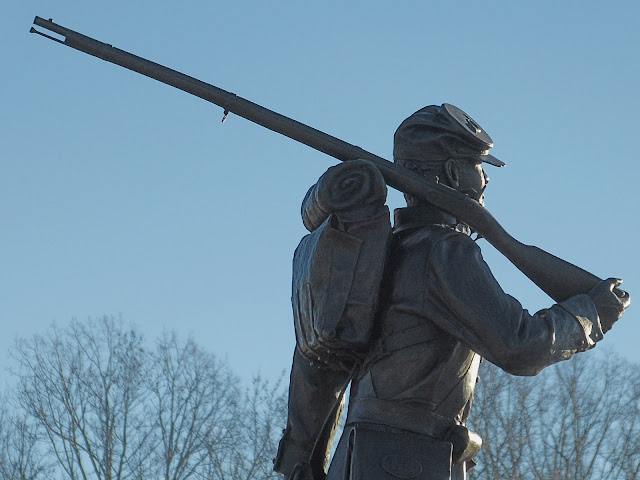