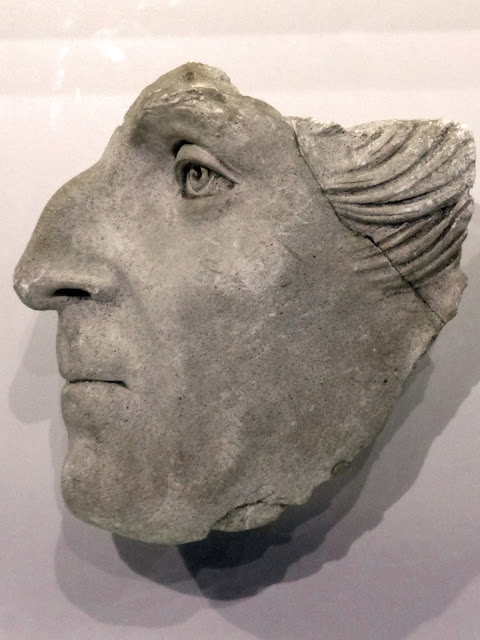 This 1862 death mask of John Tyler by an unknown artist is on display in the Virginia Museum of History and Culture in Richmond Virginia.

John Tyler's death mask, 1862, The mask reputedly was broken by Union soldiers during the Civil War.
John Tyler (1790–1862) of Charles City County, Tenth President of the United States and the last Virginia-born President to Remain in the Commonwealth
John Tyler endorsed states’ rights, limited federal government, and the virtue of agrarian life. He first served as a Virginia legislator and governor, a U.S. representative and senator, and as vice president. As president, Tyler provoked a war with Mexico and thereby acquired Texas, New Mexico, Arizona, and California. In 1861, he opposed secession but then served in the Confederate government. -- VMHC

Tyler served as a captain in the Virginia Home Guard in the run-up to the Civil War. He presided over  the Virginia Peace Conference held at Willards Hotel in Washington in February 1861 but he voted against the resolutions the conference sent to Congress.  Tyler negotiated Virginia's alliance with the Confederacy in April, and signed the Ordinance of Secession in June of 1861. He was elected to the Confederate Congress in August of 1861. He died on January 18, 1862.
Here's Tyler's signature on the “Convention between the Commonwealth of Virginia and the Confederate States of America,” a treaty allying Virginia  to the Confederacy. This image is from Lossing's Pictorial Field Book of the Civil War, 1874 Page 383. 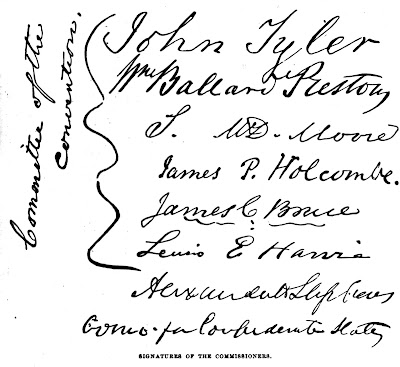 According to the Encyclopedia of Virginia:

This plaster cast of Tyler's face was molded within days of his death at the Exchange Hotel in Richmond, on January 18, 1862. During the Civil War Union soldiers sacked Sherwood Forest, Tyler's residence, and deliberately broke the mask. Family members retrieved the shattered fragments and about half of the mask was restored. - Encyclopedia of Virginia.

Tyler named  the property he bought  in 1842 “Sherwood Forest”  because he felt he had been outlawed by the Whig  party.
Tyler's  profile also appears on the 10¢ Postage Stamp honoring him in 1938. 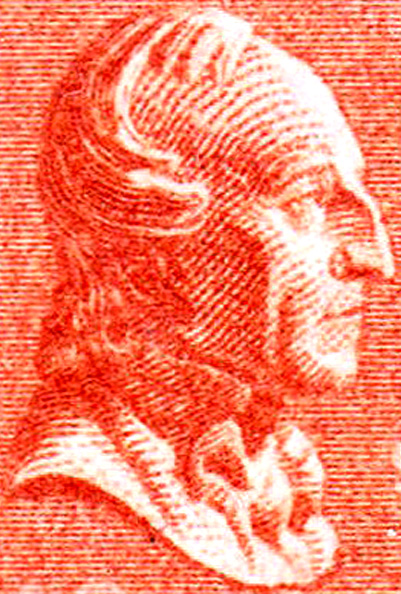 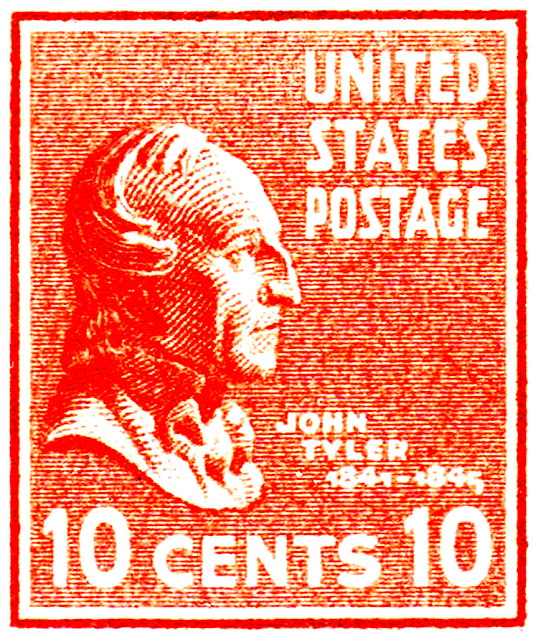