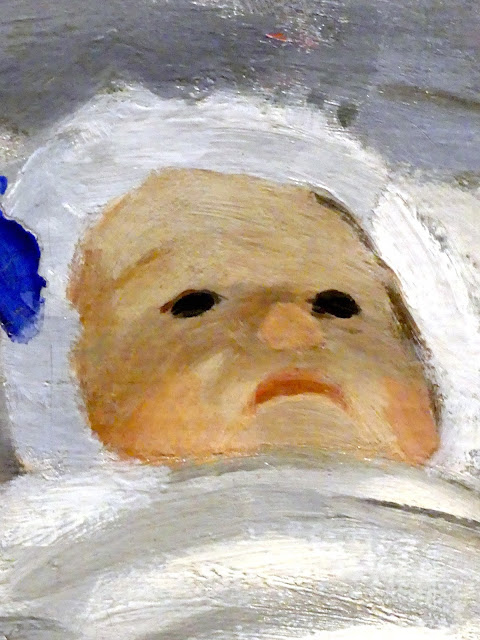 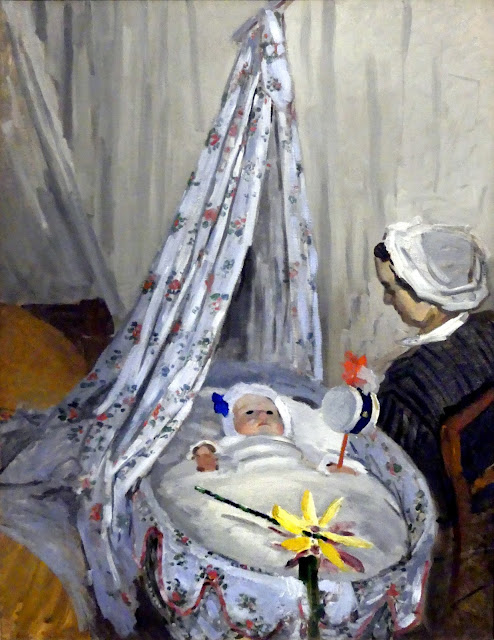 This 1867 portrait of Jean Monet in his cradle by Claude Monet  hangs in the National Gallery of Art in Washington, DC.

Jean Monet (August 8, 1867 – February 10, 1914) was the eldest son of French Impressionist artist Claude Monet and Camille Doncieux Monet and the brother of Michel Monet. He was the subject of several paintings by his father and married his step-sister, Blanche Hoschedé. -- Wikipedia 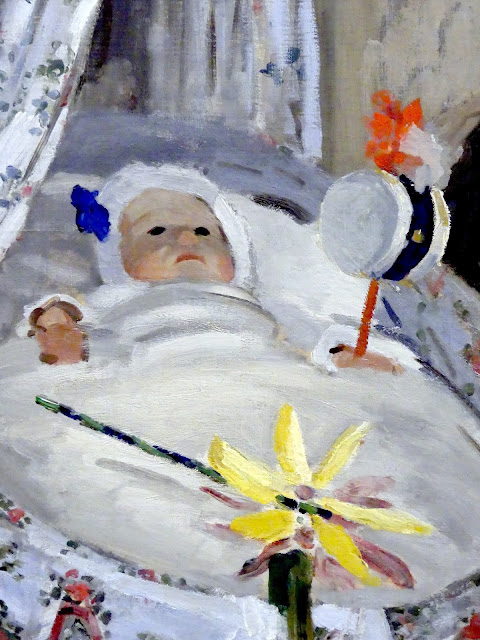 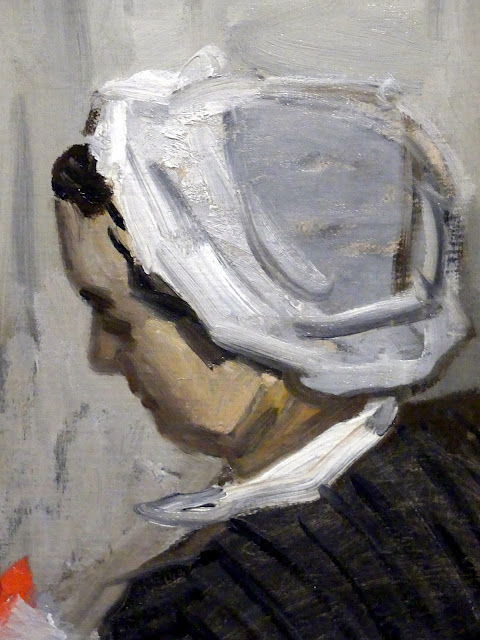 The NGA label identifies the woman in the picture as Claude Monet's first wife Camille Doncieux. 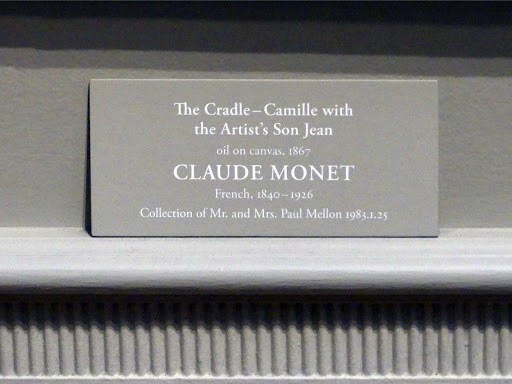 The Cradle - Camille with the Artist's Son Jean
However the Wikipedia identifies her as Julie Vellay , “a companion of  Camille Pissarro, rather than his mother,” citing Mary Mathews Gedo's 2010 book Monet and His Muse: Camille Monet in the Artist's Life.

The identification of Jean's attendant as someone other than his mother seems entirely consistent with what would prove to be Monet's future insistence on depicting Camille as 'unmother'. Mother and son were only shown in the same physical space in one painting during the Argenteuil years by Monet, The Luncheon. -- Mary Mathews Gedo, p. 73. 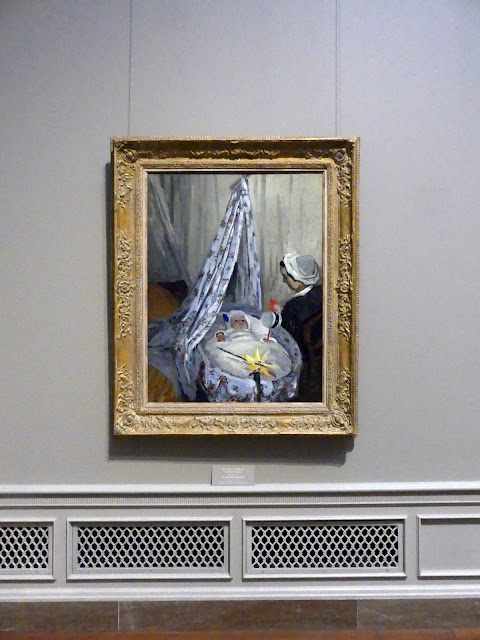