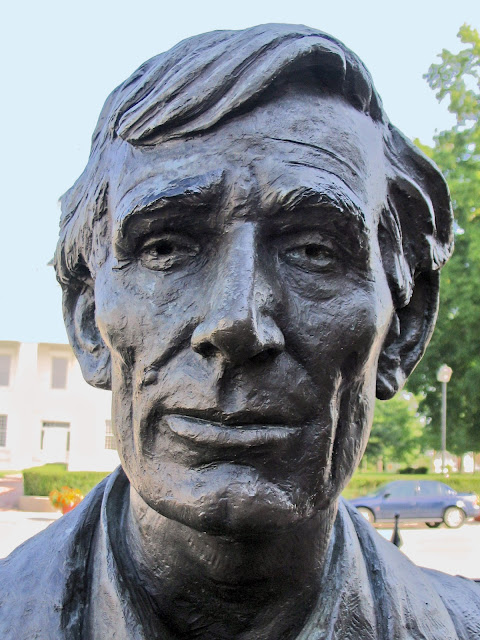 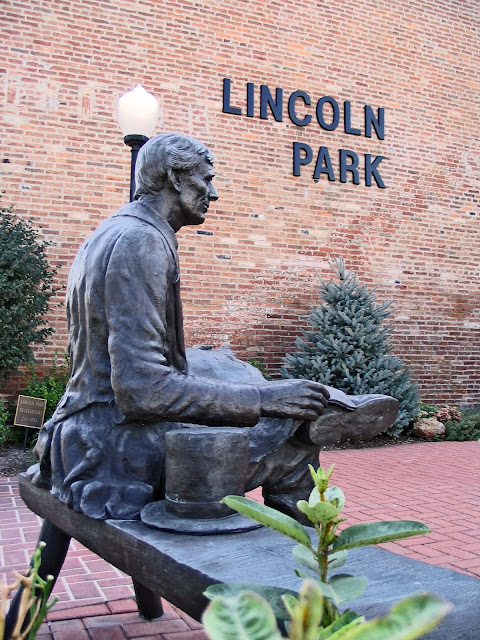 This 2001 statue entitled Young Lincoln on a Log Bench sits in Lincoln Park, across from the courthouse in Vandalia Illinois. 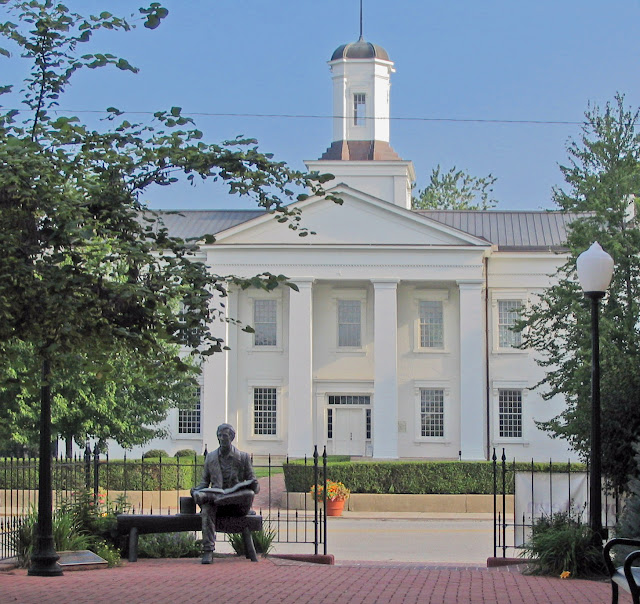 A nearby plaque gives the sculptor's statement on this work. 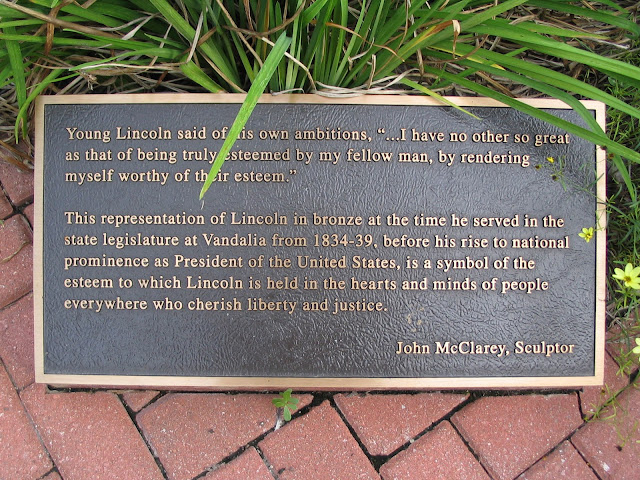 Young Lincoln said of his own ambitions, “...I have no other so great as that of being truly esteemed by my fellow man, by rendering myself worthy of their esteem.”

This representation of Lincoln in bronze at the time he served in the state legislature at Vandalia from 1834-39, before his rise to national prominence as President of the United States, is a symbol of the esteem to which Lincoln is held in the hearts and minds of people everywhere who cherish liberty and justice. -- John McClarey, Sculptor 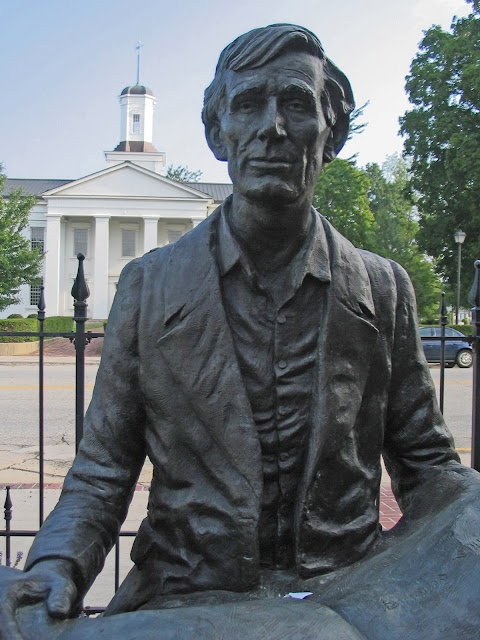 
In Vandalia, McClarey found a young man of Lincoln's size to pose for this new work. Because there is no known Lincoln photograph or life mask from the 1830s (the time period Lincoln worked in Vandalia), the sculpture only approximates Lincoln's actual appearance. The statue, entitled Young Lincoln on a Log Bench, will be dedicated on February 10, 2001 -- Three Statues 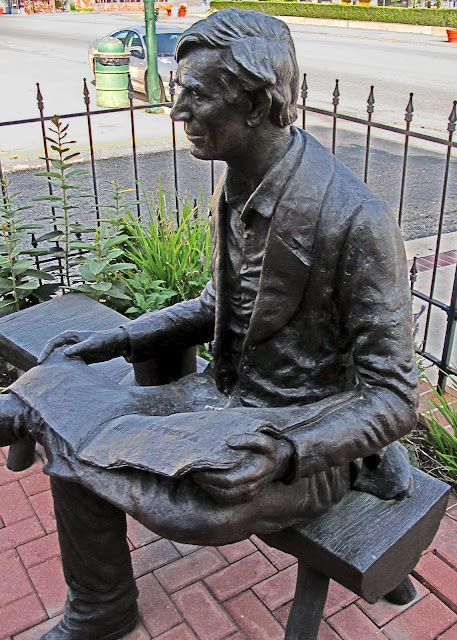 An image of the Statue appears on a sign advertising attractions in Vandalia. 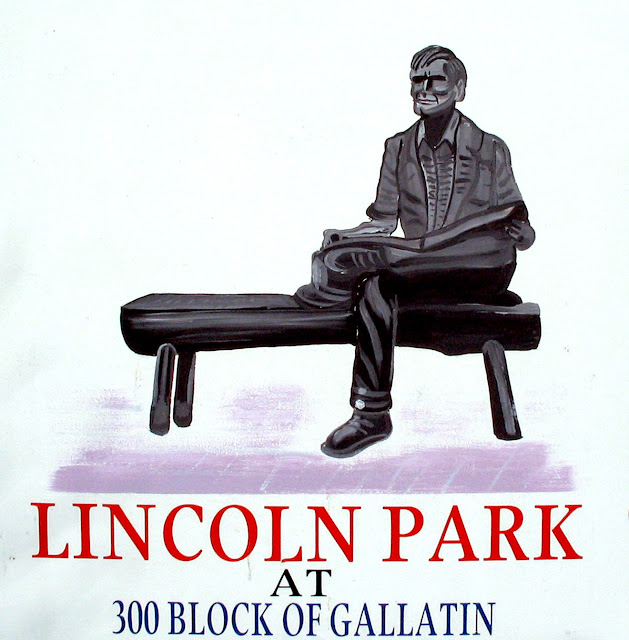