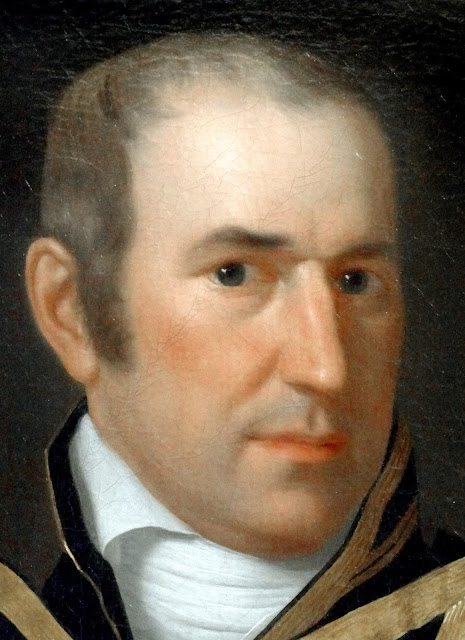 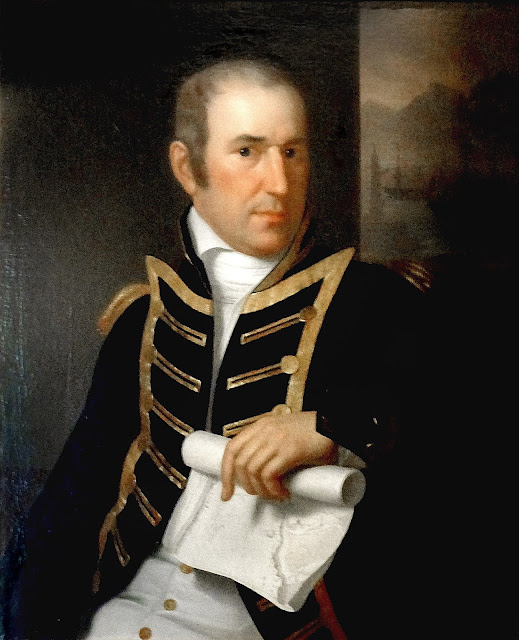 This c. 1805 painting of Commodore Edward Preble, USN by Rembrandt Peale hangs in the US Naval Academy Museum (Preble Hall) in Annapolis Maryland.

Edward Preble (15 August 1761 – 25 August 1807) was a United States naval officer who served with great distinction during the 1st Barbary War, leading American attacks on the city of Tripoli and forming the officer corps that would later lead the U.S. Navy in the War of 1812. -- Wikipedia 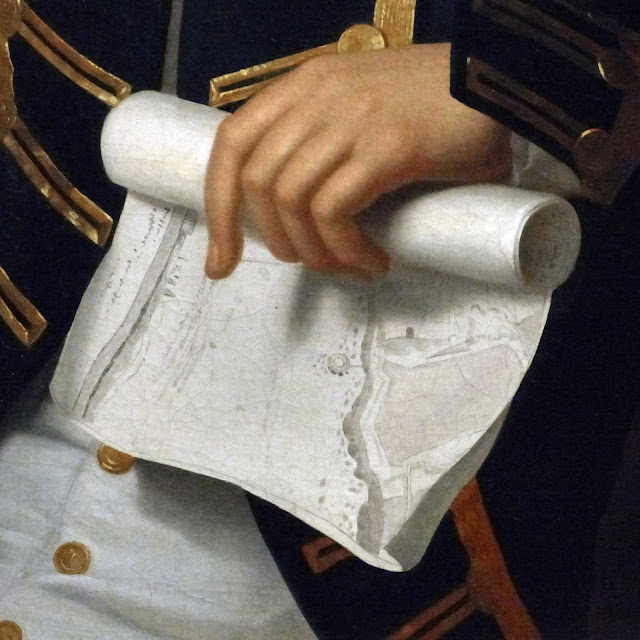 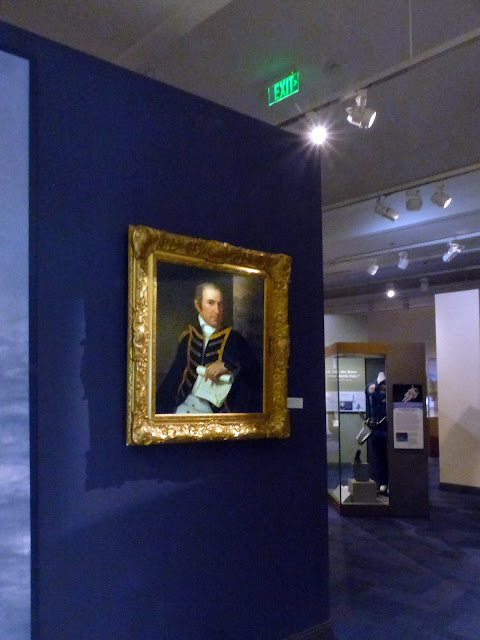 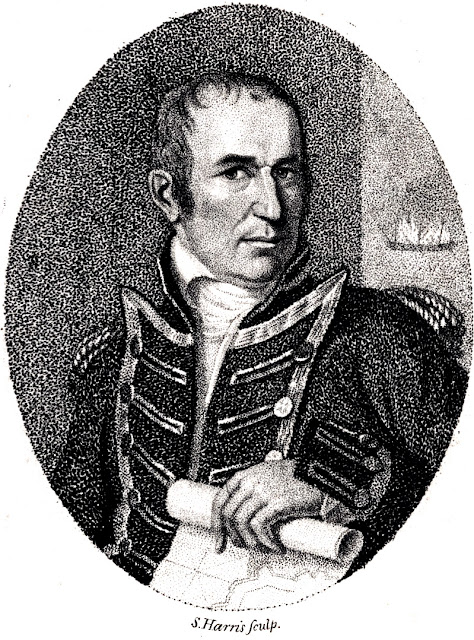 This flipped copy after Peale's portrait, made before 1807, is often reproduced. 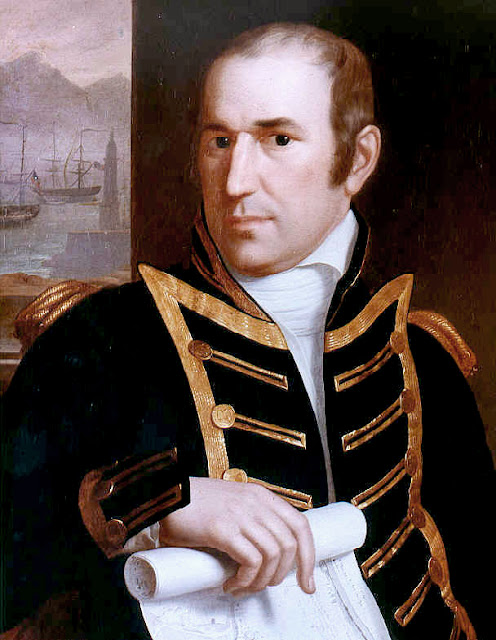 Preble's nephew George Henry Preble says in his 1868 book, Genealogical Sketch of the First Three Generations of Prebles in America, that “But two portraits of full size, for which he sat, are known to exist.”  The other painting of Commodore Preble by Edward Marston hangs in Faneuil Hall in Boston. Daderot  took this 2010 photo of it. 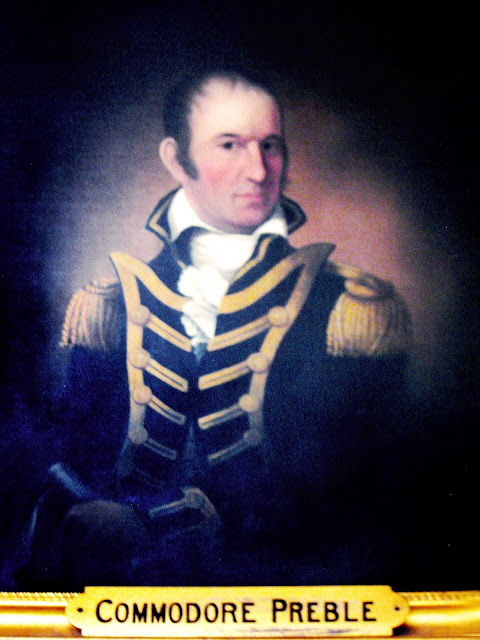 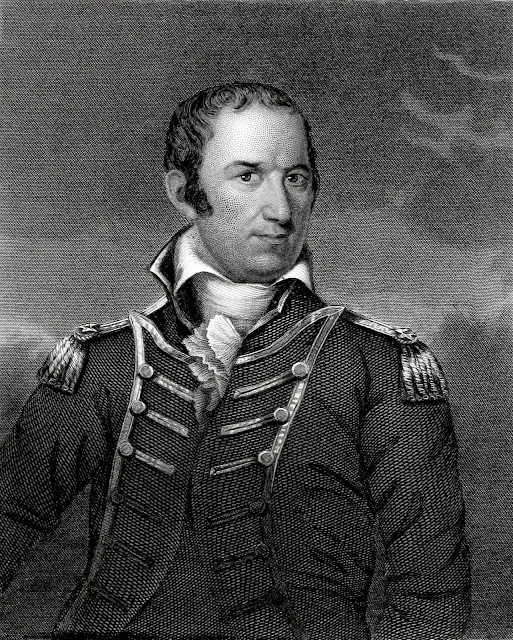 This less flattering profile image of Com. Preble also appears in George Henry Preble's book. G. H. Preble remarks that “...there is a miniature of the Commodore taken in Italy, in the possession of his family, which is not considered a good likeness...” 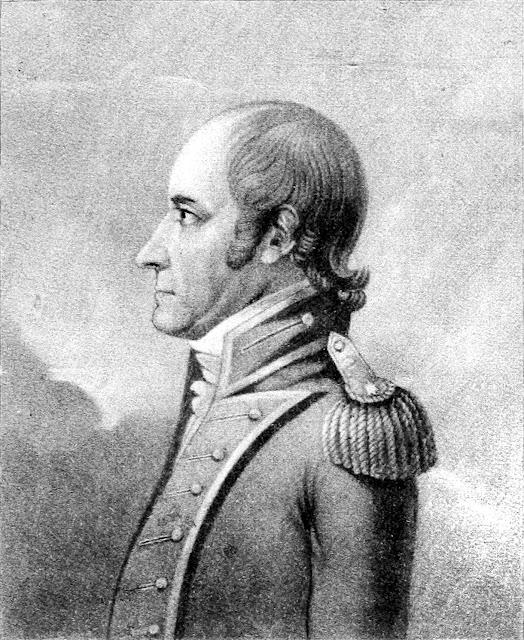 His remains were first placed in the family vault of his wife's ancestors, the Deerings, hut after remaining there near forty years they were removed to another tomb, which had been prepared for them by his son, in the same old burial place, on Munjoy Hill, Portland, Me. The remains of his only son, with those of his long surviving widow, are now united in this same receptacle. A plain but massive white marble monument has been placed over them, bearing on one of its faces this simple inscription:

Although the actual stone as photographed by Marguerite at Find-a-grave is worded differently and disagrees on Preble's age. 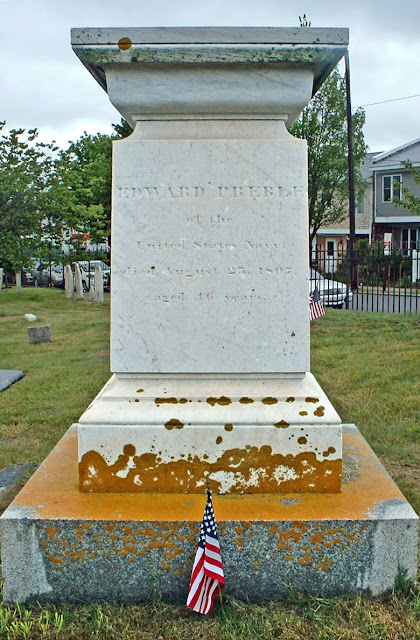 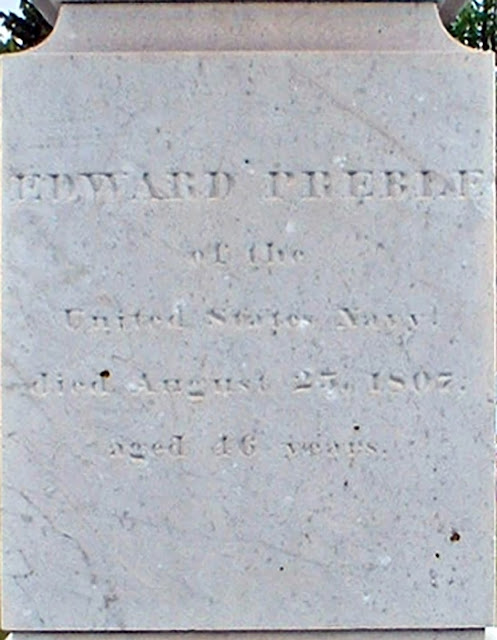