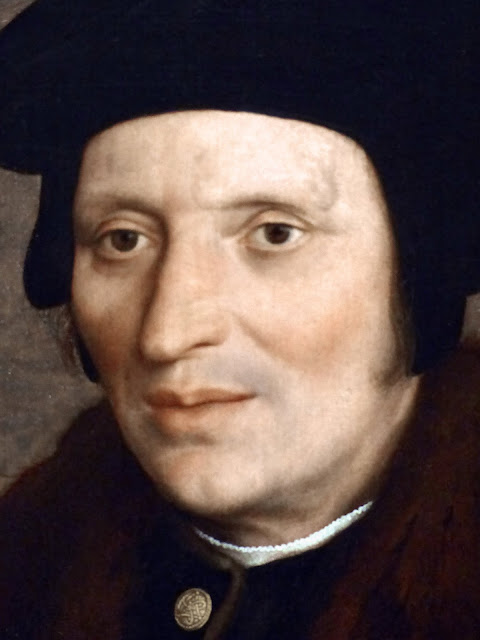 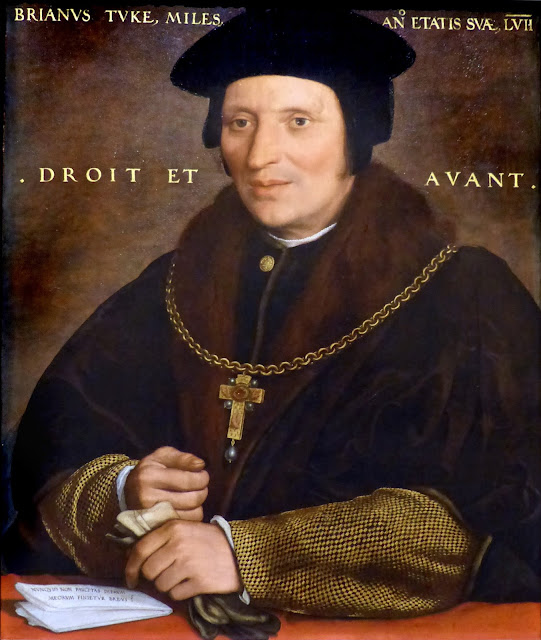 This c. 1532/1534 portrait of Sir Brian Tuke by Hans Holbein The Younger hangs in the National Gallery of Art in Washington, DC.


The political strength of Henry VIII's regime lay in his ability to choose advisors who were both wise and learned. One of these men was Sir Brian Tuke. As Master of the Posts, he organized and established England's postal service. In 1528 Sir Brian was appointed treasurer and secretary of the royal household, a position he held until his death in 1545. He was also admired as an eloquent speaker and literary figure who authored a preface to an edition of Chaucer.

The portrait, which shows Tuke at the age of 57, exemplifies the qualities most praised in Holbein's work: precise observation of detail and impartial, accurate portrayal of the face. Yet the image is also tinged with gentle sorrow. On the table beneath Tuke's left hand is a folded paper bearing a quotation from the Book of Job (10:20) which begins, “Are not my days few?” The gravity of the sentiment is echoed in Tuke's countenance; his faint smile is pained and his eyes, fixed but not focused, seem melancholy. -- NPG 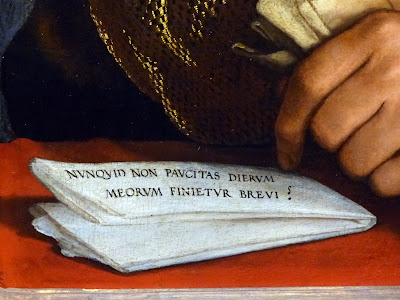 John Oliver Hand comments on the meaning of Tuke's cross and the quotation from Job. 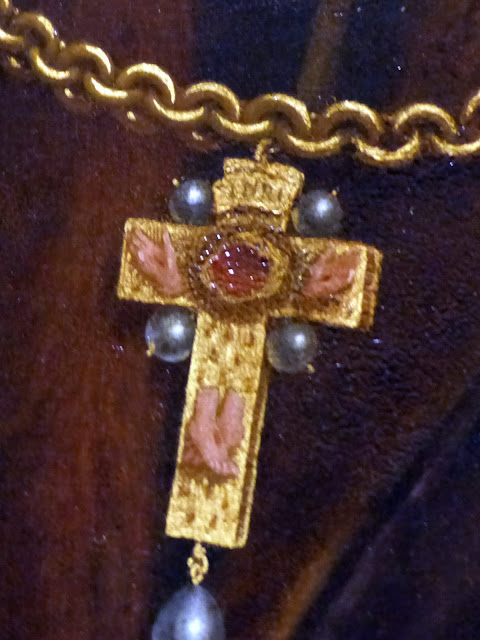 The cross, which is possibly unique, depicts the Five Wounds of Christ; the red stone at its center encircled by the Crown of Thorns signifies the wound in the Lord's heart, while the hands and feet of the crucified Christ are rendered in what is apparently flesh-colored enamel. From the early fifteenth century onward there was increasing veneration of the Five Wounds in England, and a major reason for the popular devotion to the Five Wounds lay in their supposed restorative powers. Depictions of the Five Wounds of Christ as well as prayers and talismanic phrases are found on gold rings of English manufacture from the late fifteenth and early sixteenth century and were intended as protection against various kinds of illnesses, evil, and even death.

The prophylactic qualities of the cross may be associated with the pessimism of the words "Are not the days of my life few?" spoken by Job in the midst of his afflictions. In addition to being an exemplar of patient suffering in his own right, Job typologically prefigures the torment, death, and resurrection of Christ. -- John Oliver Hand in German Paintings of the Fifteenth through Seventeenth Centuries, National Portrait Gallery, 1993.

This 1640 painting in the Bayerischen Staatsgemäldesammlungen, Munich makes the theme of impending death explicit, depicting Death in the form of a skeleton behind Tuke and an hourglass in front of him. It is believed to be a copy of Holbien's painting by some other artist. 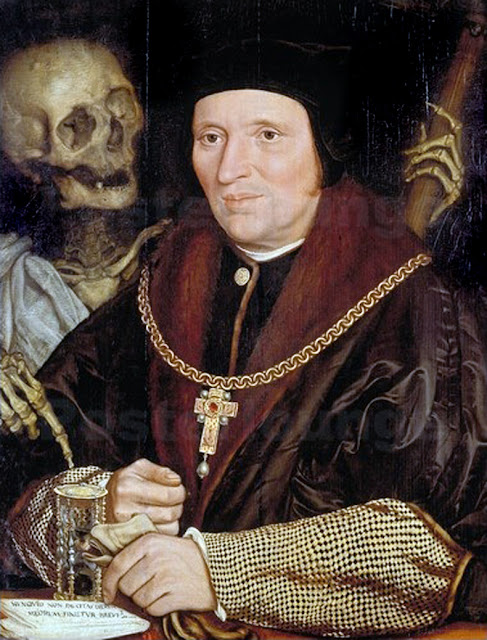