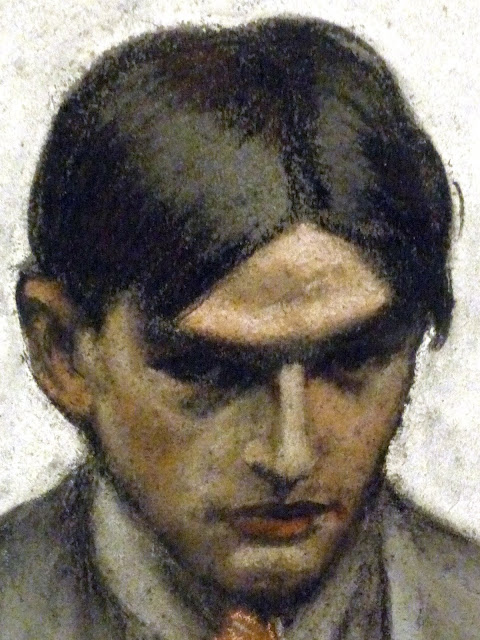 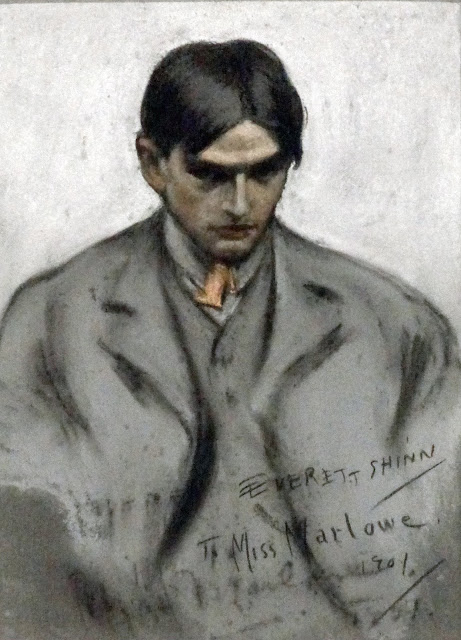 This 1901 self-portrait in pastel on blue paper by Everett Shinn (1876-1953) is in the National Portrait Gallery in Washington, DC.


By 1901, when he drew this self-portrait, Everett Shinn was an acclaimed illustrator and pastel artist whose bright impressionist palette was very popular. In this drawing, he displays his theatrical personality in muted tones, vivid colors, and a downturned face. Recognizing that a degree of dramatic posturing was expected of an artist, he assumed the role of a brooding romantic and paid tribute to the celebrated actress Julia Marlowe in an inscription.

In 1908, the artist who is best remembered as one of the Ashcan painters of urban scenes sent a sketch of himself posing for publicity photos to fellow Ashcan artist John Sloan. “Great fun. being an artist. with temperament," Shinn quipped.  -- NPG 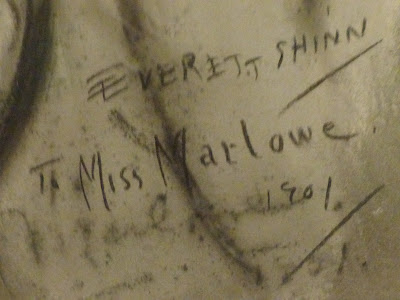 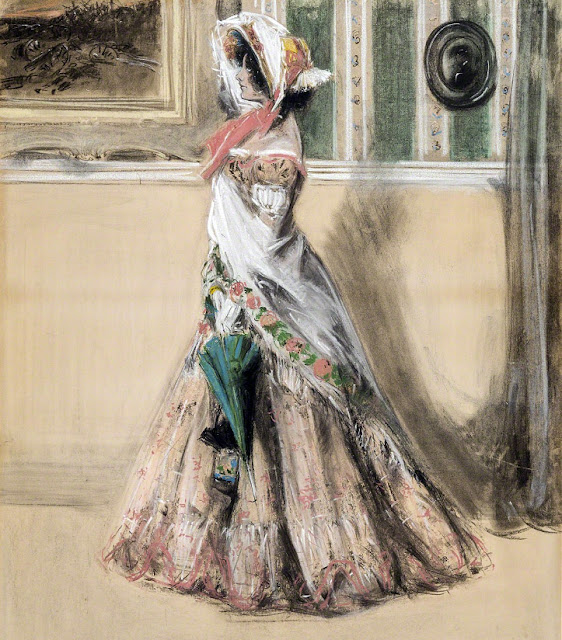 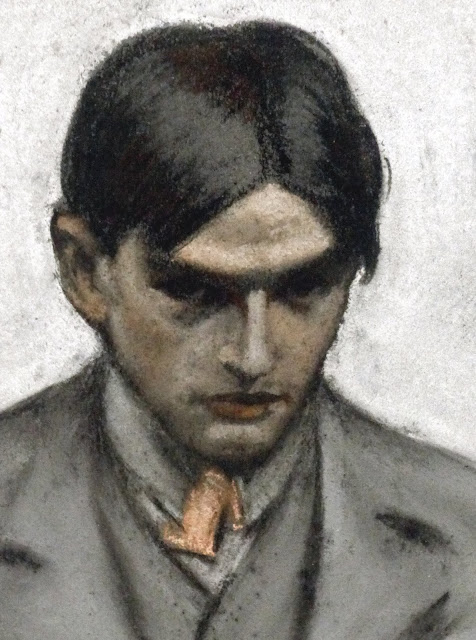