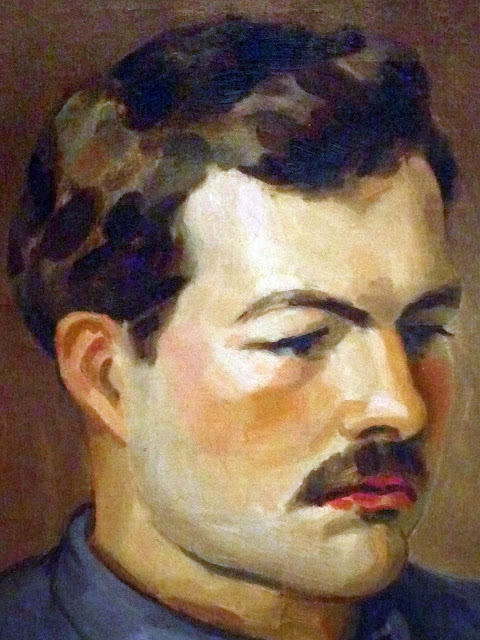 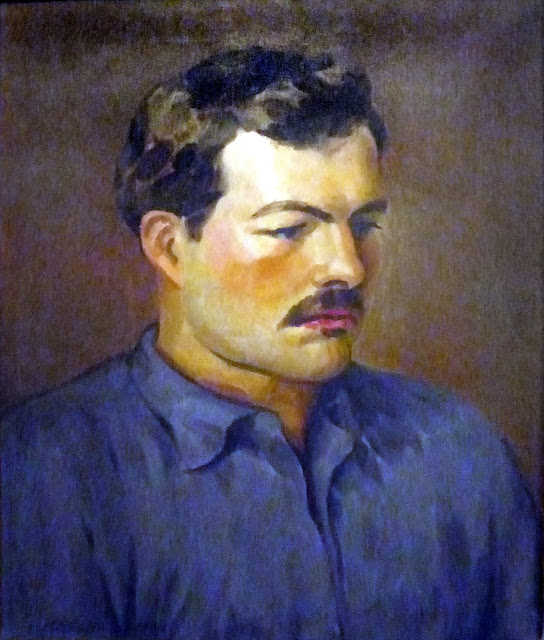 This 1930 painting of Ernest Hemingway by Henry Strater is on loan to the National Gallery of Art in Washington,  DC.


In 1954, when Ernest Hemingway received the Nobel Prize for Literature, the committee cited his “mastery of the art of modern narration.” His short stories and such novels as The Sun Also Rises (1926) and For Whom the Bell Tolls (1940) introduced a new literary style that chronicled the disillusionment of the post-World War I “lost generation.” His terse, powerful prose subsequently became a major influence on modern American literature. Hemingway's own experiences—reporting on foreign wars, living the bohemian life in Paris, and seeking adventures in Africa, Spain, and Cuba—fueled his imagination and helped create his larger-than-life persona.

He met the artist Henry Strater when the two of them were living abroad in Paris in the 1920s. Strater shared many of Hemingway's interests, including boxing and fishing, and painted him on at least three occasions. This portrait was done in Key West, Florida, where Hemingway wintered during the 1930s. -- NPG 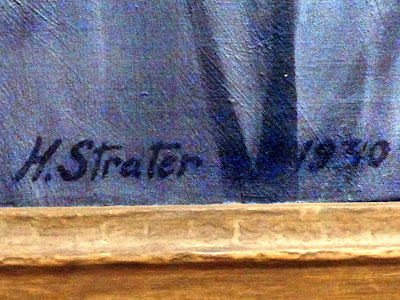 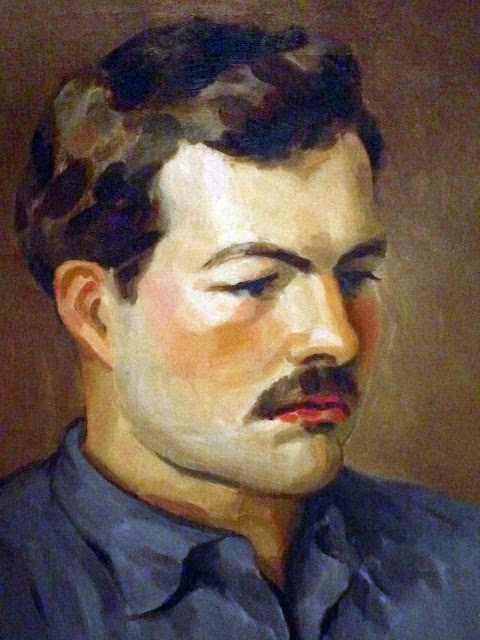