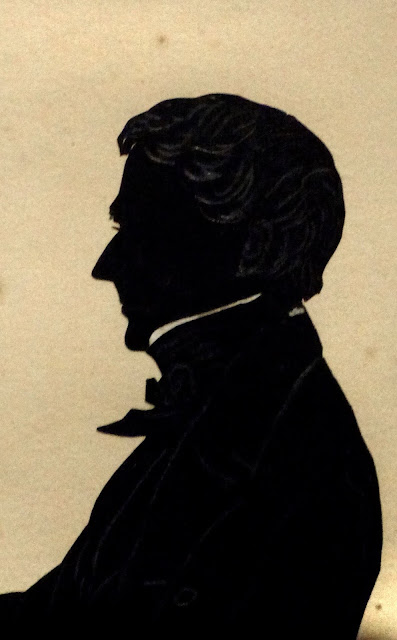 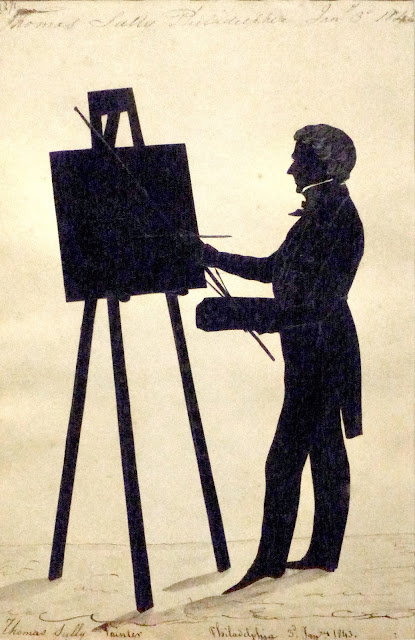 This 1843 Silhouette of Thomas Sully by Auguste Edouard belongs to the National Portrait Gallery in Washington, DC.


One fine portraitist depicts another in this silhouette,  Auguste Edouart shows artist Thomas Sully standing at his easel with a brush in his hand, Sully also holds a maul stick, which helped steady his hand and kept it from touching the painting's wet surface, Edouart added much detail to the portrait—note the chalk highlights on Sully's coat and palette, By contrast, the background is plainer than the elaborate, settings of other sitters. Edouart diluted ink with water to create the surface on which Sully stands.

Sully painted thousands of people in his Philadelphia studio and executed landscapes and historical paintings during his unusually long career. He was deeply embedded in Philadelphia's intersecting artistic communities of painters, printmakers publishers, photographers, and silhouettists. Born in England, he returned there for his most important commission: a portrait of Queen Victoria in 1838 the year of her coronation -- NPG