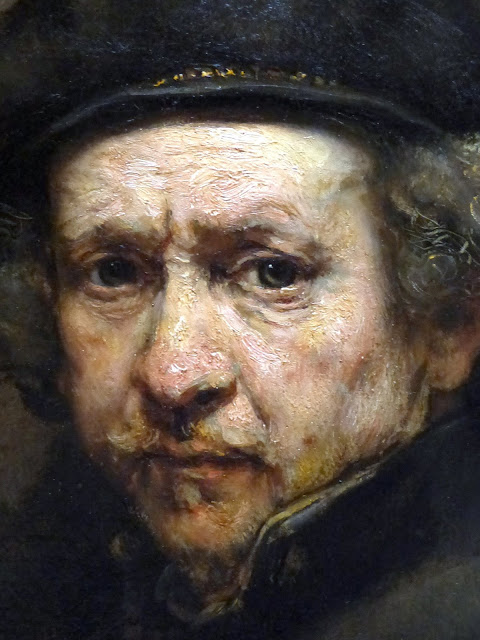 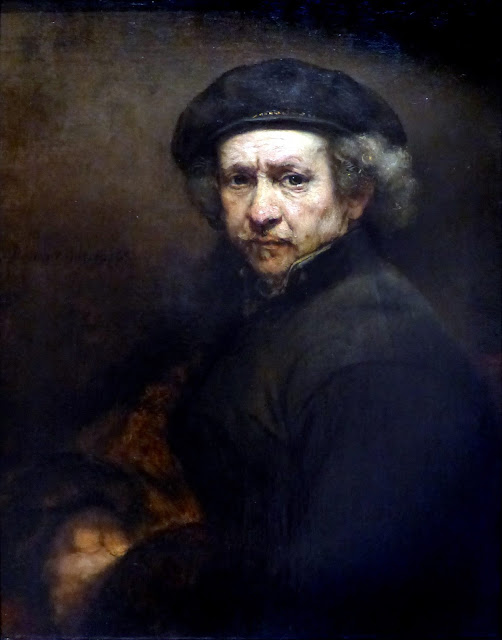 This 1659 self-portrait of Rembrandt van Rijn hangs in the National Gallery of Art in Washingotn, DC.


By means of a wonderful ability to fix an idea in his mind, [Rembrandt] knew how to capture the momentary appearances of emotion whenever they appeared in the face before him. -- Arnold Houbraken, De groote schoubergh der Nederlandtsche konstschilders en schildressen. (The great theatre of Netherlandish painters and painteresses), published Amsterdam, 1718–1721

Rembrandt painted, drew, and etched so many self-portraits that changes in his appearance invite us to gauge his moods by comparing one to the other; we read these images biographically because the artist forces us to do so by confronting us directly.

Rembrandt painted this self-portrait in 1659, when he had suffered financial failure after many years of success. His spacious house on the Sint-Anthoniesbreestraat and other possessions had been auctioned the previous year to satisfy his creditors.

In this late work, the deep-set eyes that bore into the viewer’s eyes express the wisdom gained from his life experiences. Interpreting a painting on the basis of an artist’s biography may be misleading, however, particularly an artist whose life has been romanticized to the extent of Rembrandt’s. Before the painting was cleaned in 1992, thick layers of discolored varnish had given the portrait a heavy, brooding quality, but when the varnish was removed during restoration, the rich range of pinks and other flesh tones on his face immediately improved our reading of Rembrandt’s expression. The light that so effectively illuminates the head also accents the artist’s left shoulder and, to a lesser extent, his broadly executed clasped hands.

Rembrandt’s pose was inspired by Raphael’s famous portrait of Balthasar Castiglione, which he saw at an auction in Amsterdam in 1639. In this late self-portrait, Rembrandt returned to Raphael’s prototype because its dignified pose enabled the artist to present himself as a learned painter. -- NGA 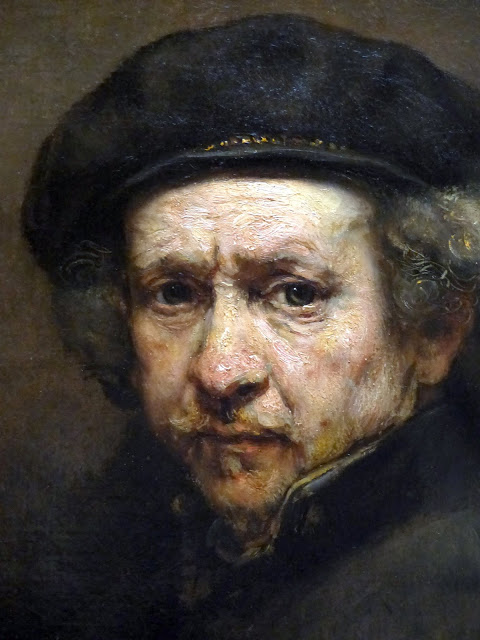