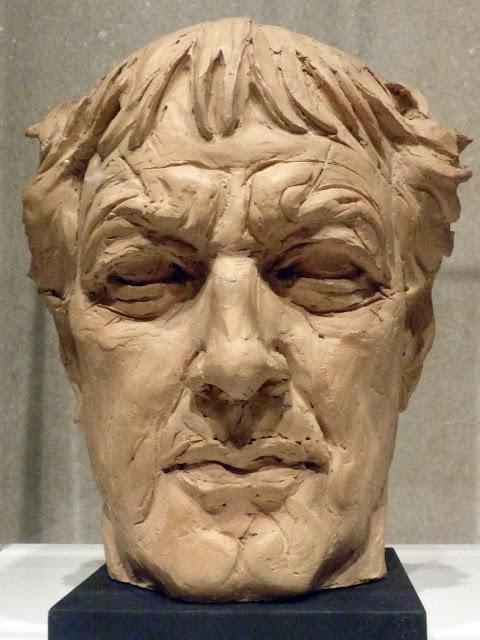 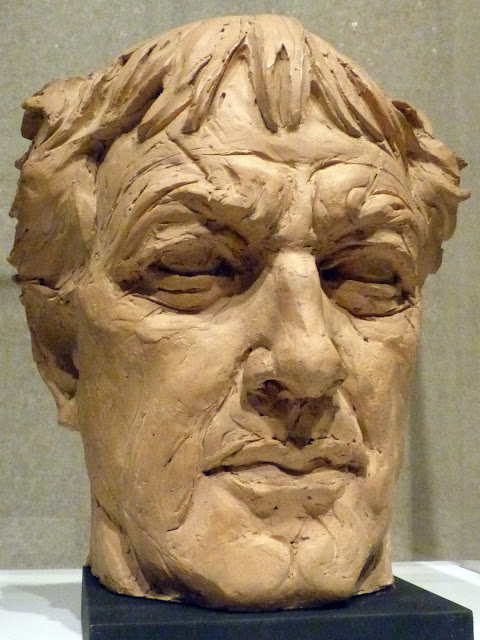 This c. 1930 terracotta self-portrait by A. Stirling Calder belongs to the National Portrait Gallery in Washington, DC.


The father of artist Alexander Calder, A. Stirling Calder began his own career working in the Beaux Arts realist tradition, which he absorbed during his student years in Paris. Influenced by the spirit of modernism, however, he moved toward greater simplification and abstraction. This severely spare self-portrait, like much of his later work, reflects this stripped-down aesthetic. A few years later, Calder created a sculpture entitled Introspection, where a figure holds its own severed head as though interrogating it, allowing us to project a similar self-examination in this truncated terracotta. --NPG 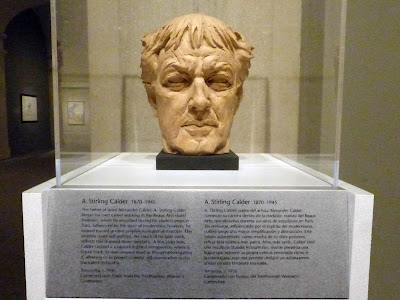