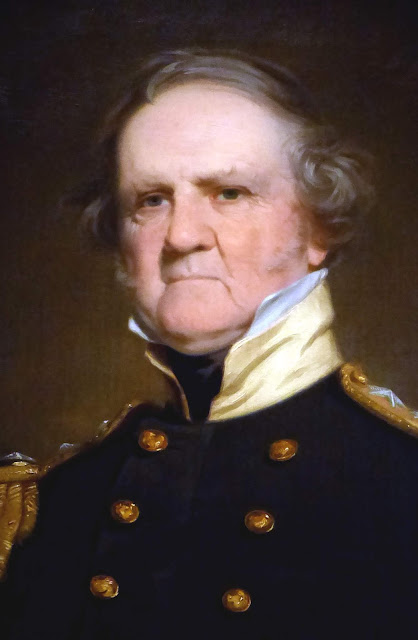 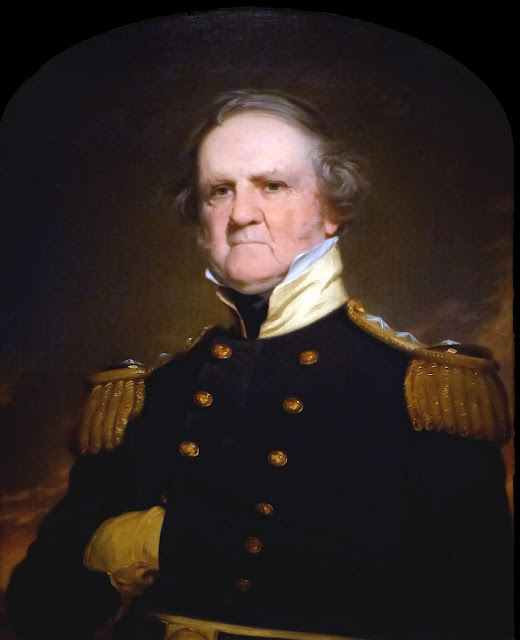 
A veteran of the War of 1812 and a hero of the Mexican War, General Winfield Scott, the Union's senior commander at the start of the Civil War, had served under fourteen presidents, beginning with Thomas Jefferson. Yet Scott, seventy-five, once known as “Old Fuss and Feathers” for his strict attention to military codes of dress and conduct, was now in declining health; gout and dropsy, coupled with the corpulence of his six foot, five inch frame, had reduced him to being an armchair general, no longer able to ride a horse.

Still, Scott's mind was alert and focused on military matters. Although his “Anaconda Plan” -which would blockade the enemy's seaports and divide the Confederacy in two by taking control of the Mississippi River- was seen to be largely impractical at the start, it ultimately proved to be a winning strategy for the Union.

Harper's Weekly on July 13, 1861 published this image of an exhausted-looking 75 year-old Winfield Scott. 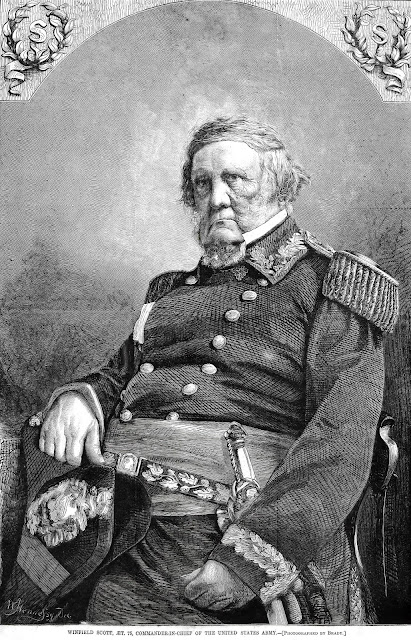 They juxtaposed it with this engraving of the vigorous 41 year-old Scott. (Both engravings are signed by William John Hennessy.) 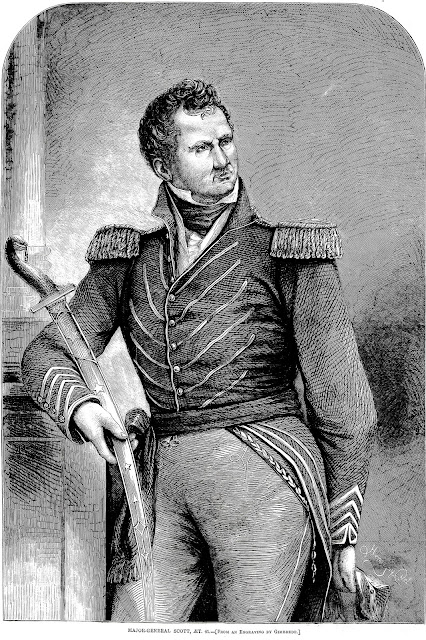