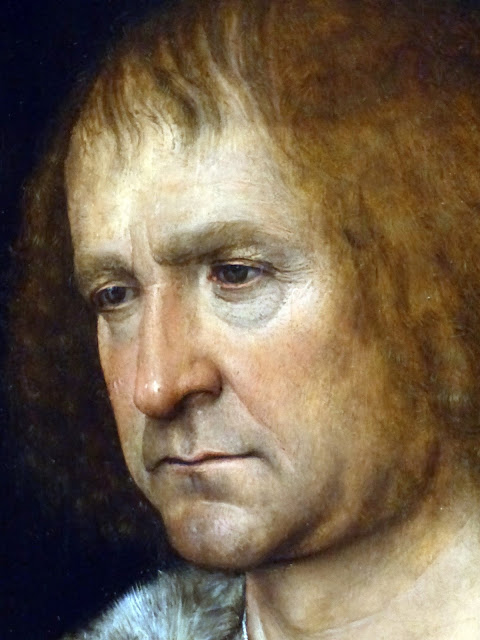 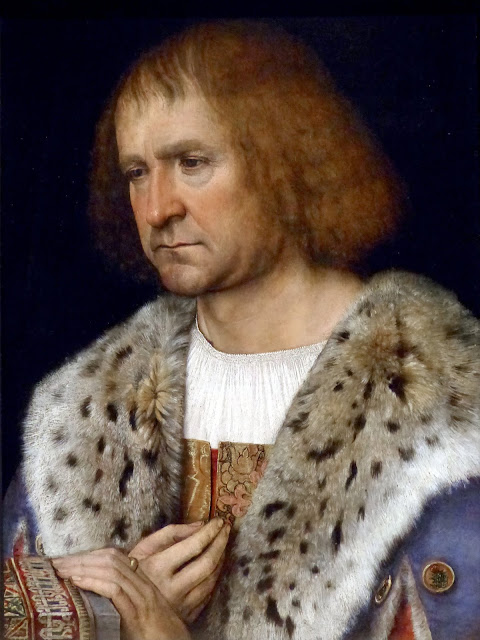 This c. 1515/1518 Portrait of Diego de Guevara (?) by Michel Sittow hangs in the National Gallery of Art in Washington, DC.


“Don Diego de Guevara (c. 1450–1520) was a Spanish courtier and ambassador who served four, possibly five, successive Dukes of Burgundy, spanning the Valois and Habsburg dynasties, mostly in the Low Countries. He was also a significant art collector.” -- Wikipedia 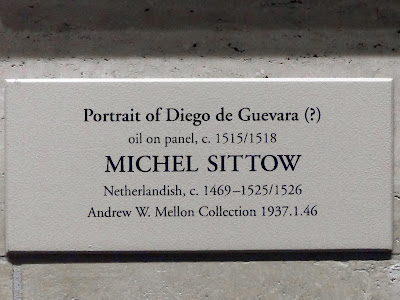 The question mark in the title of this painting indicates some doubt about the subject. NPG’s publication Early Netherlandish Painting, says that:


“Circumstantial evidence suggests that the National Gallery's portrait represents Diego de Guevara, a nobleman whose family came from Santander in northern Spain. For forty years Don Diego was a valued member of the Habsburg court in Burgundy. Supporting this identity is the embroidered cross of the Spanish Order of Calatrava on his golden doublet; after serving in numerous positions of trust in the households of Philip the Fair and Charles V, Don Diego was appointed to the wardenship of that order.”

Scholars believe that this painting was paired in a diptych with Sittow’s 1518 Madonna and Child which currently resides in the State Museums in Berlin.


“The sitter gazes with serious mien, not at the viewer, but at an unseen point beyond the picture's frame. The ornate carpet covering the stone parapet on which his hand rests provided scholars with an important clue that led to the discovery of the object of his concentration—a painting of the Madonna and Child, of similar dimensions, in the Gemäldegalerie in Berlin. In that panel a larger portion of the parapet, covered by the same carpet, appears as a support for the Christ Child. It seems certain that the Berlin and Washington panels were originally hinged together to form a devotional diptych.”-- Early Netherlandish Painting. 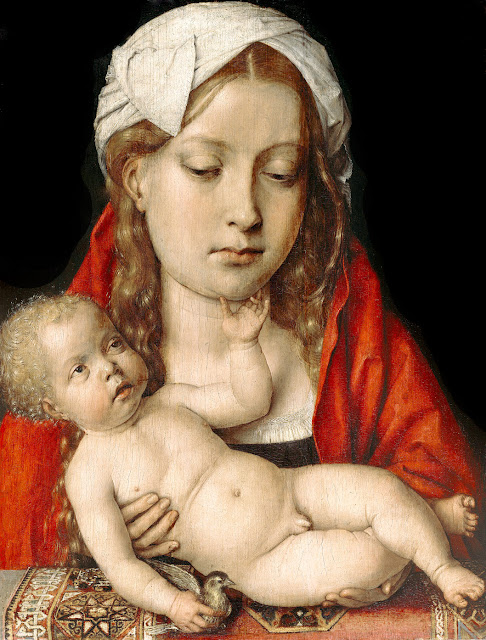 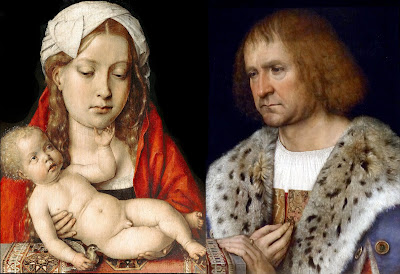