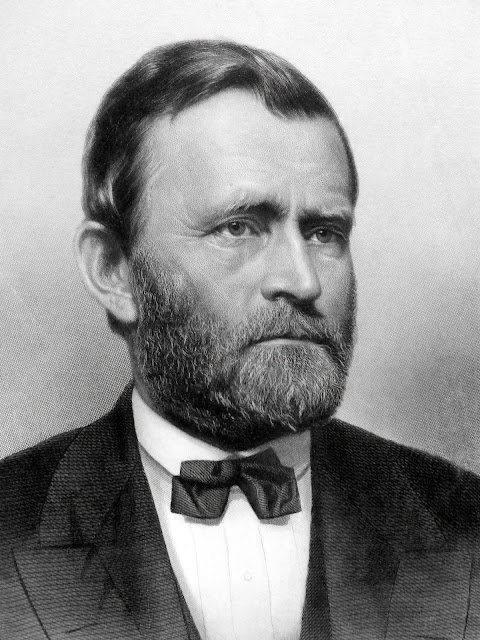 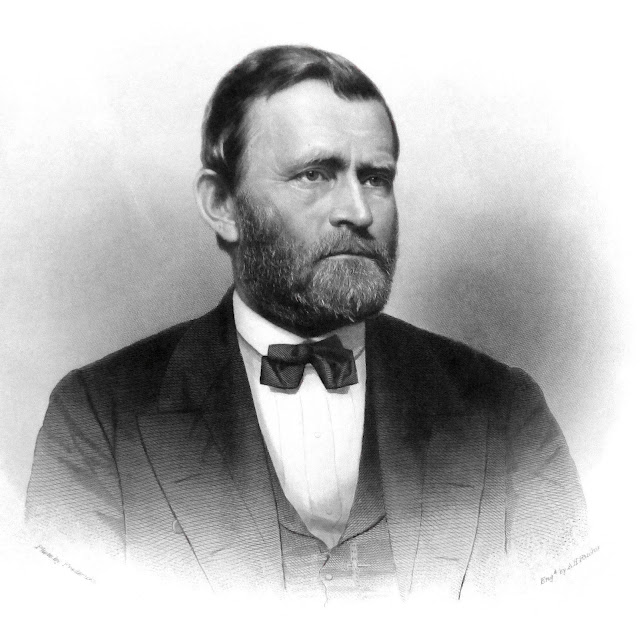 This 1870-75 engraving of President Grant in civilian cloths by Alexander Hay Ritchie after a photograph by Charles DeForest Fredricks is on display at the National Portrait Gallery in Washington, DC.


From the start, President Grant had self-doubts about his suitability for the job at hand and felt he lacked "political training." To that end, the loyal trust with which he accorded cabinet members and appointees was oftentimes unwise. Consequently, his administration was rocked by incidents of scandal and fraud. Yet Grant remained personally ethical.  Moreover, he was civically responsible, fair-minded, and socially progressive. For instance, more than any other late nineteenth-century president, Grant was committed to advancing the civil rights of African Americans, especially their right to vote. He also fought for a more humane policy toward Native Americans. Although he was criticized for his visionary views in his own day, today they are among the tenets of American society. -- NPG 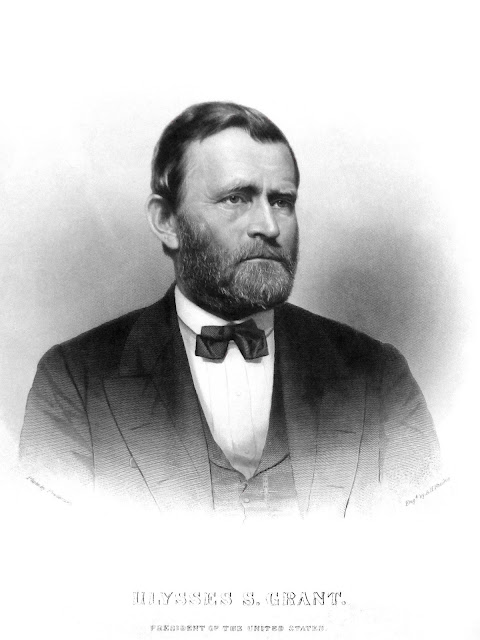