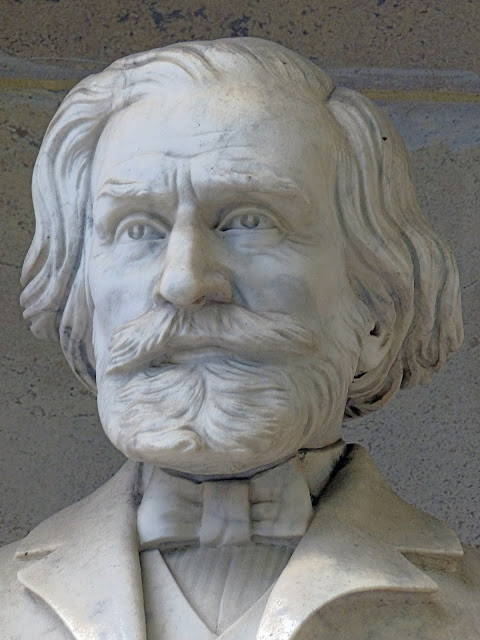 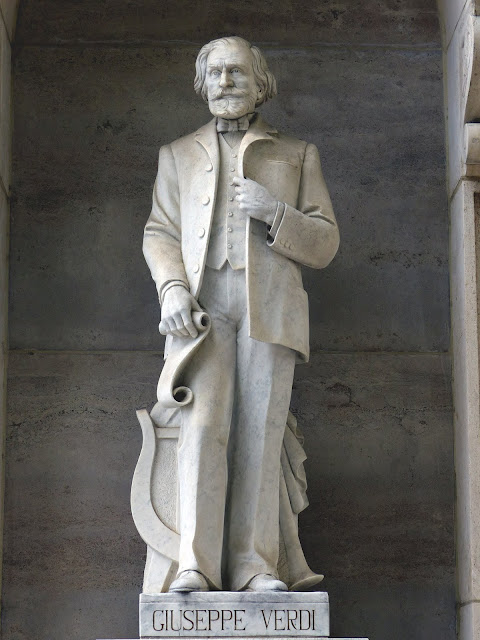 This 2002 statue of Guiseppe Verdi by Carlo Nicoli Studios stands in front of Casa Italiana in Washington, DC.


While most outdoor statues in Washington honor statesmen and military heroes, very few are dedicated to musicians. In addition to Verdi, other statues honor Padereweski and Sousa. Giuseppe Fortunino Francesco Verdi (1813—1901) was one of the great composers of Italian opera. Verdi began his musical studies in the town of Busseto at the age of eleven. Later, while studying music with Vincenzo Lavigna, Verdi frequented the theaters of Milan. This influenced him to turn to composing theatrical music rather than sacred or concert music. After working as a musical director, he produced his first opera in 1839 in Milan; it was not a success. However, the ones that followed were. His first popular opera was Nabucco (1842).  By the age of thirty-four, Verdi was known throughout Italy and he was commissioned to compose new operas for the leading opera houses in Rome, Milan, Venice, and Naples. Verdi's three operas in the 1850s—Rigoletto, Il Trovatore, and La Traviata—made him an international figure. Although they were loved by the public, music critics condemned them for including scandalous subjects like free love, suicide, and rape. In 1871, Verdi was elected to the first parliament in the new nation of Italy. At that time he composed Aida for the Egyptian Khedive and it was first performed at the recently constructed opera house in Cairo. Verdi's last important opera was Falstaff, composed in 1893. Shortly before his death from a heart attack in 1901, Verdi established a retirement home for poor opera singers and composers in Milan. -- James M. Goode.

Although produced long after Carlo Nicoli's death the statue is signed “Carlo Nicoli.”
(See Goode's description of the Carlo Nicoli Studio and the Carrera marble industry.) 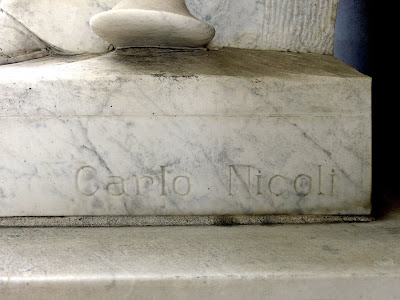 It is dedicated  “In Memory of Antonio Maganaro.” 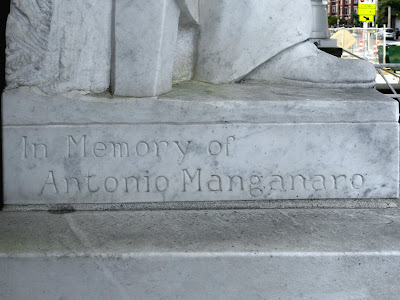 In Memory of
Antonio Manganaro

This portrait by Giovanni Boldini looks similar to Nicoli's portrait. 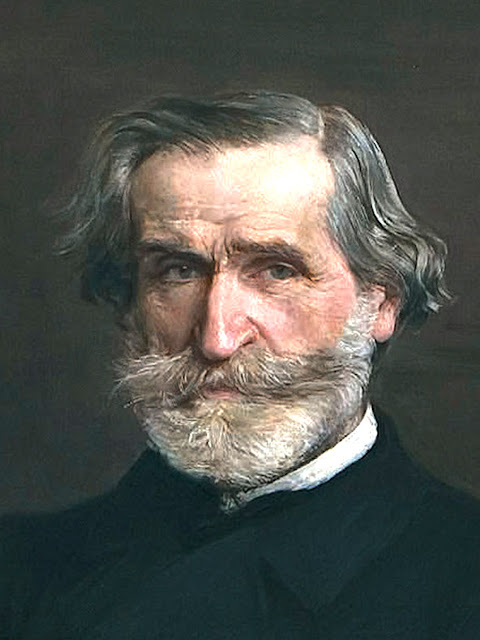 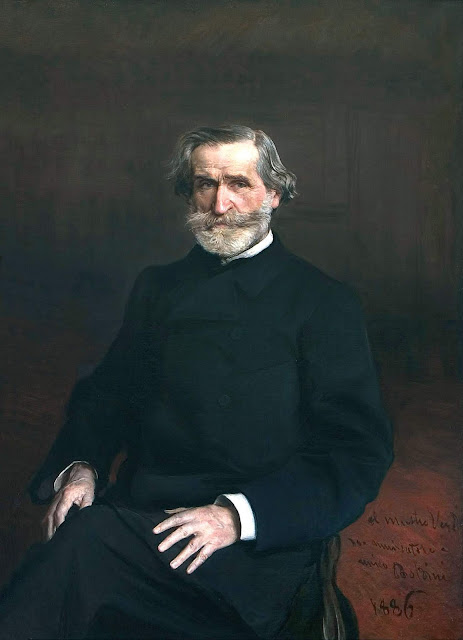 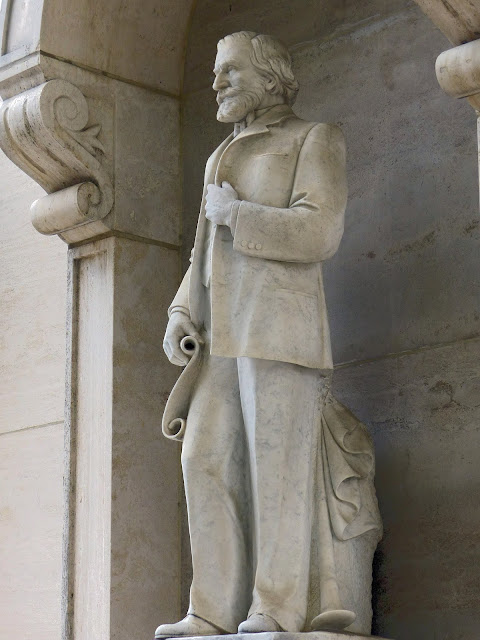 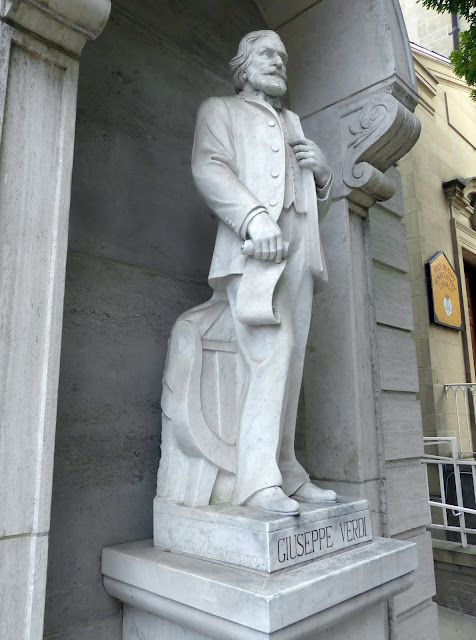