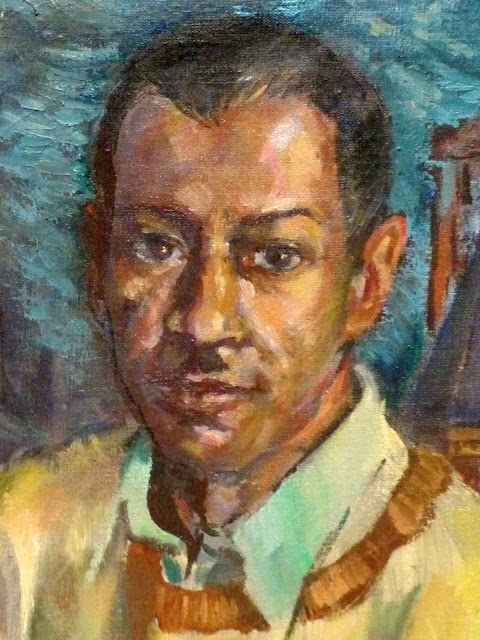 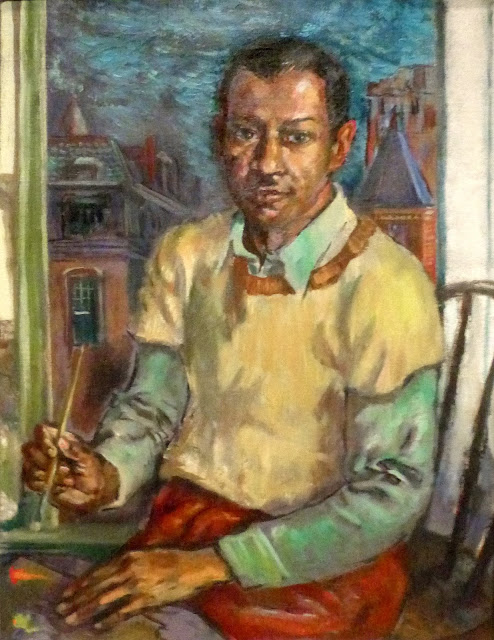 
James A. Porter created the foundation for the field of African American art history. After graduating from Howard University in 1927, he spent a decade studying both art and art history in Paris and New York City, and earned an MA from New York University in 1936. He then went on to teach at Howard, where he eventually served as chair of the art department and director of the art gallery.

Porter championed African American artists, including those from the Caribbean. His influential book Modem Negro Art (1943) was the first to place the contributions of African American artists in the context of the history of modernism, and Porter's own art was exhibited at major institutions, including  the Corcoran Gallery of Art and the Museum of Modern Art. Here, he presents himself in his studio, in front of an image of Howard Hall, one of the oldest buildings on Howard's campus. -- NPG 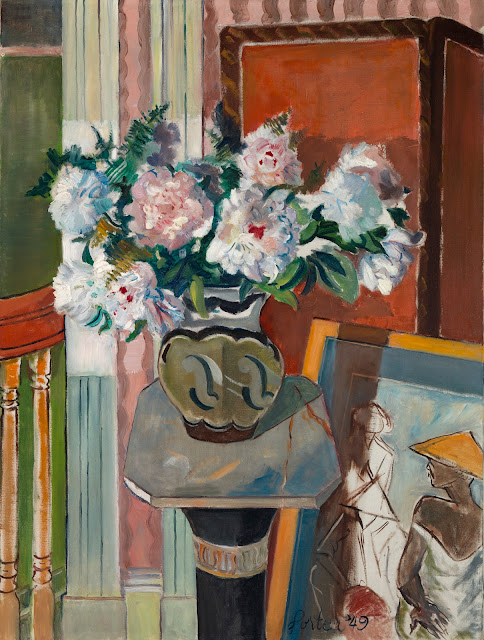 The softly brushed lines and gently calibrated color of Still Life with Peonies reflects Porter’s thinking about the confluence of the personal and the contextual in the practice of art. The exuberant vase of flowers negotiates with (and against) the vertical rungs and curved handrail. The simple screen and striped wallpaper serve as counterpoints to the energy of the peonies’ petals. Presented as the primary focus of the composition, Porter depicted the flowers carried by his wife, Dorothy, when she was honored at Howard University in 1947, while the painting-within-a-painting represents a canvas Porter completed during a research trip to Cuba and Haiti. -- SAAM

This photo of Porter with one of his paintings appears on an historical marker at  Lulu Vere Childers Hall. It is attributed to the Star Collection, DC Public Library; © The Washington Post. 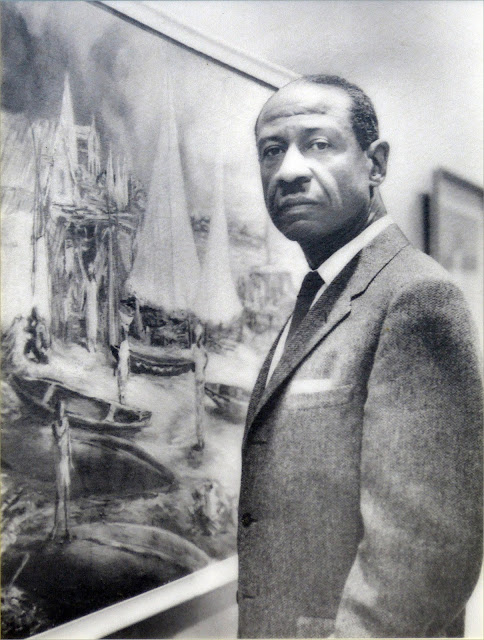 This photo of Porter by Milan Uzelac appears inside Childers Hall. 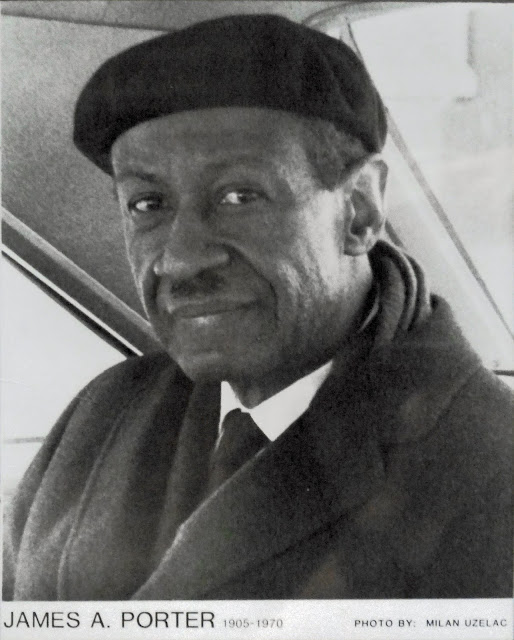