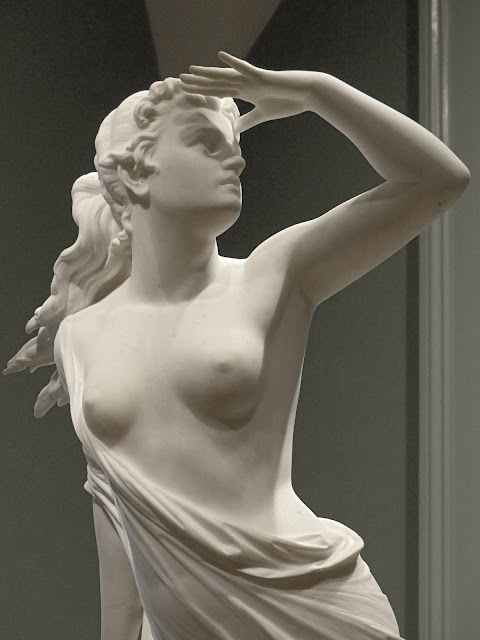 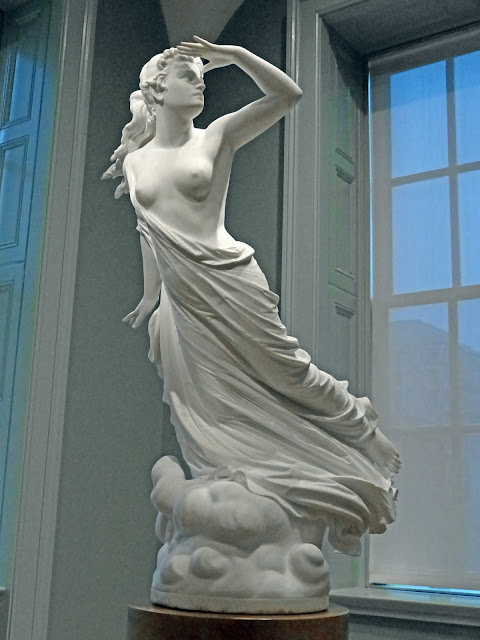 This 1874-5 marble statue entitled The Lost Pleiad by Randolph Rogers stands in the Smithsonian American Art Museum in Washington, DC.


The Lost Pleiad represents Merope, one of the seven daughters of the god Atlas and the sea nymph Pleoine. She and her sisters form the group of stars known as the Pleides, but Merope is seldom visible because, unlike her sisters, she married a lowly mortal and therefore hides herself in shame. Rogers portrayed Merope as a voluptuous seminude figure in search of her heavenly family. He imparted a windblown movement through the exaggerated twist of her figure, her fluttering hair and drapery, and the puffy clouds billowing below her.  -- SAAM 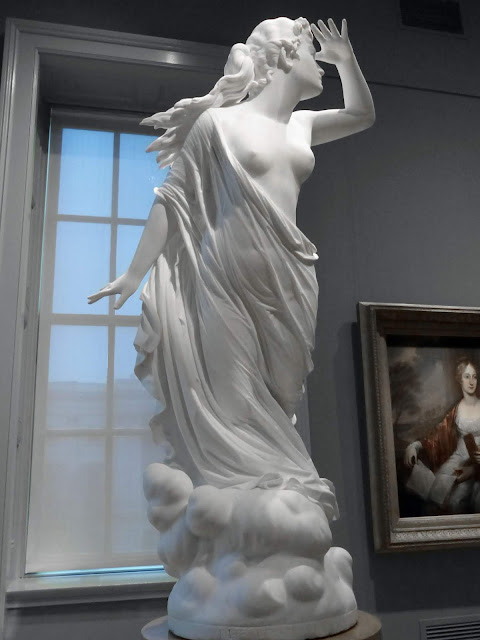 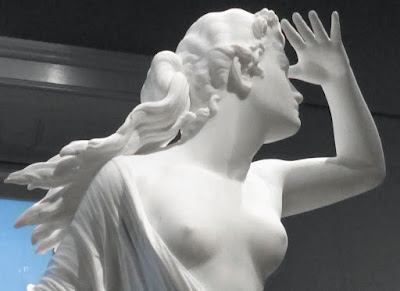