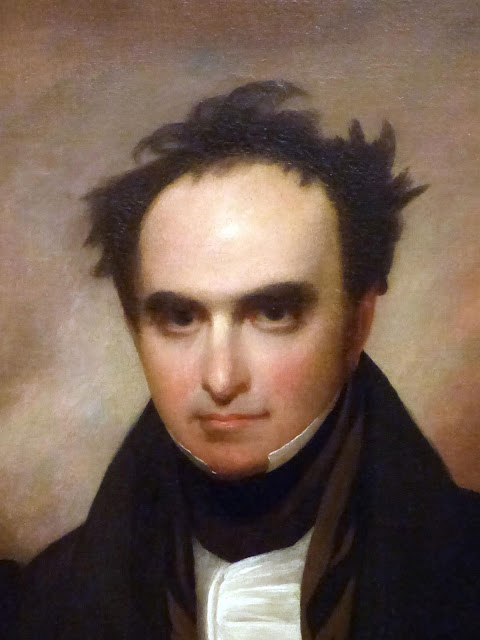 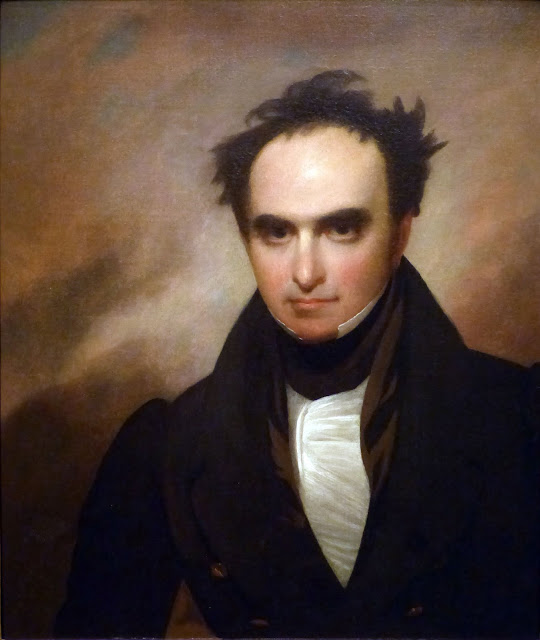 This 1835 portrait of Daniel Webster (1782- 1852) by Francis Alexander hangs  in the National Gallery in Washington, DC.


If John C. Calhoun was the South's leading advocate of states' rights, New England's DanieI Webster was easily its most celebrated opponent. Endowed with an imposingly broad brow that seemed to underscore his eloquence in the Senate and courtroom, Webster was unmatched in his gift for speaking. In 1830 he enthralled his audience as he turned an exchange with South Carolina senator Robert Hayne into a debate over states' rights. Ending his oration with “Liberty and Union, now and forever, one and inseparable,” he left his listeners spellbound, and it was many minutes before any dared to speak. From that moment, Webster was for many a living emblem of national unity.

Francis Alexander painted this portrait in 1835 to Commemorate Webster's role in an 1818 Supreme Court case that protected Dartmouth College’s charter from being negated. -- NPG