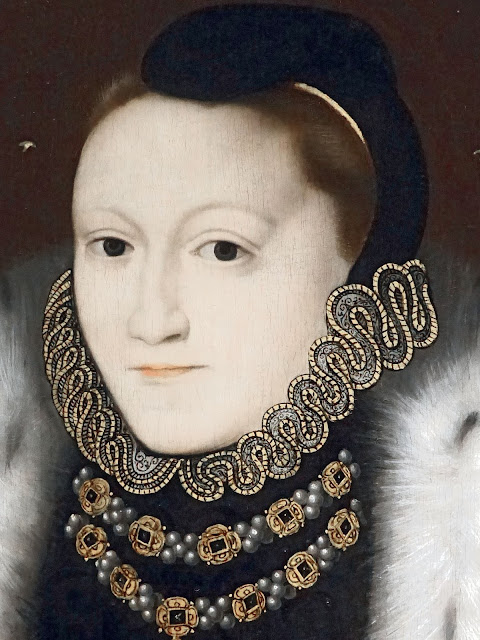 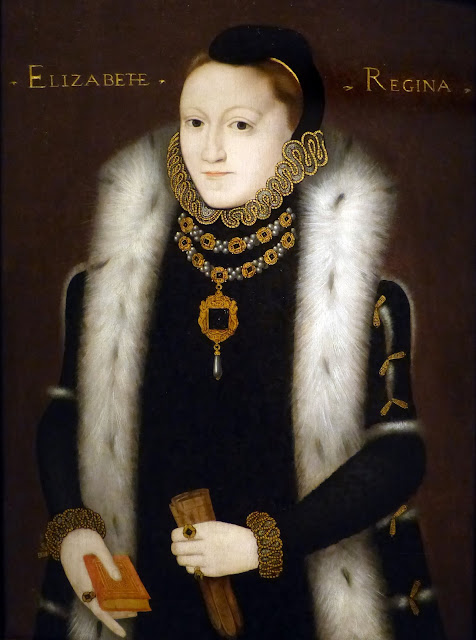 This c. 1558 portrait of Elizabeth I (1533-1603) by an unknown artist hangs in the National Portrait Gallery in Washington DC.

Eager to undermine the power of Spain, which was fed by holdings in North and South America, Queen Elizabeth I encouraged exploration of the New World. During her reign, Sir Francis Drake sailed to present-day South America and California. In the mid-1580s Sir Walter Raleigh attempted to establish a British colony on Roanoake Island, which he named Virginia in honor of the “Virgin Queen,” who never married.

Keenly aware of the political power of portraiture, Elizabeth I carefully monitored the production and dissemination of her likeness. In this early portrait, made shortly after her accession to the throne, she boldly declares her new status. The words “Elizabeth Regina” are amplified by the prominent inclusion of the jewel around her neck. Known as “The Mirror of France,” the square-cut stone had belonged to her father, King Henry VIII, the source of her royal authority. -- National Portrait Gallery 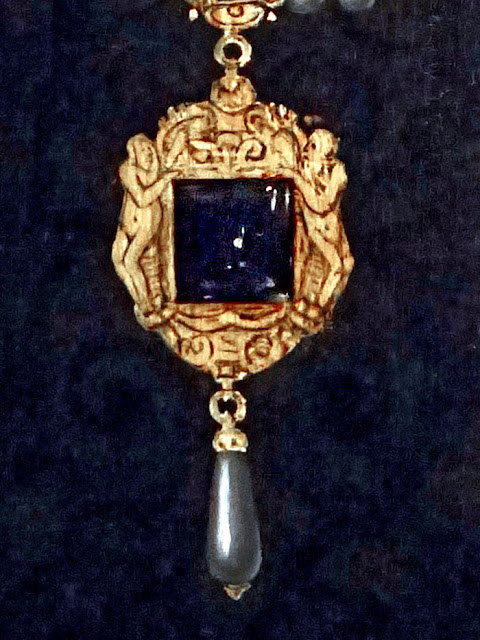 The Mirror of France
Posted by Allen Browne at 12:00 AM