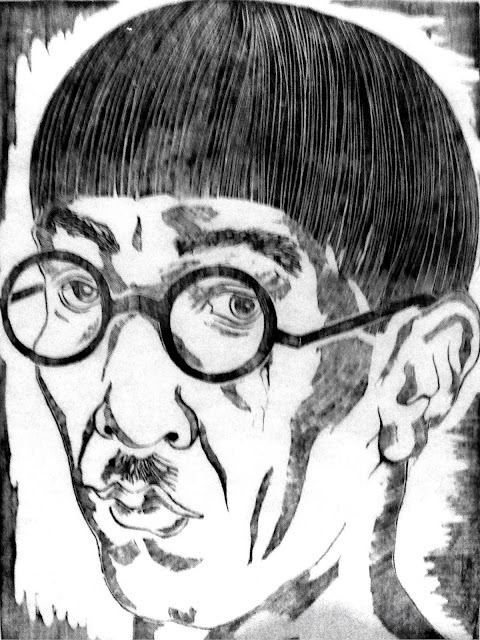 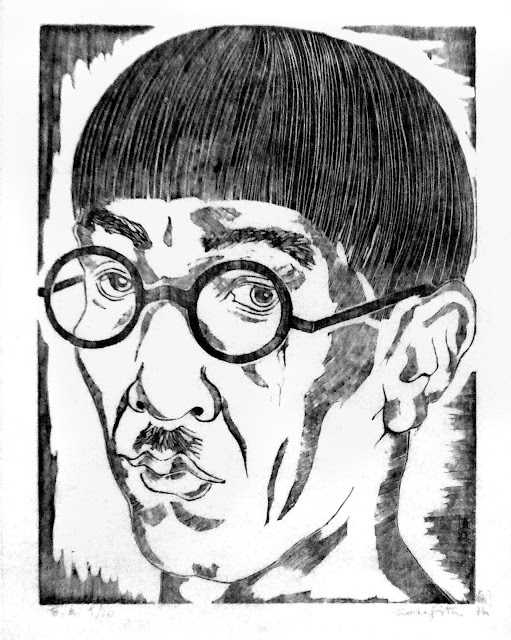 
Tsuguharu Foujita was perhaps the most famous Japanese artist in Paris during the 1920s. Dramatic and bohemian, and a friend of the artist Amedeo Modigliani, Tsuguharu developed a hybrid painting style that incorporated figures with flat ivory white skin, dark Sumi ink outlines, and subdued colors. Tsuguharu made self-portraits during this time as well, often to advertise his artistic reputation rather than to tell us about himself.

In the early 1930s, when he had grown restless, he traveled to South America, Cuba, Mexico, and the United States. Upon returning to Japan in 1934, he created this self-portrait print, which is inscribed to the printmaker Stephen de Hospodar, whom he surely met in California. Caught between Japan and the West, Tsuguharu spent the war years supporting the Japanese cause, but after World War II, he left Japan and lived the rest of his life in France. -- NPG 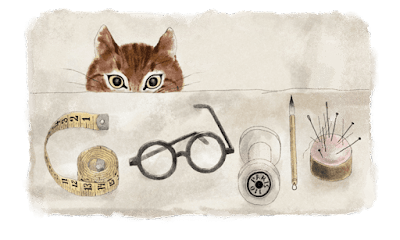 See a listing of 161 of Foujita's paintings at Wikiart.
Posted by Allen Browne at 12:00 AM