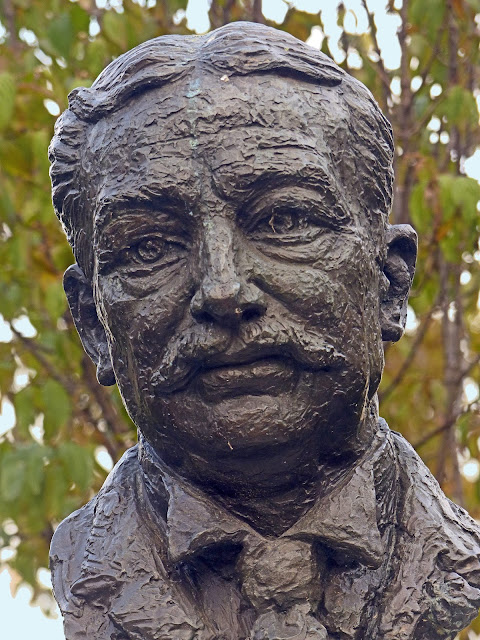 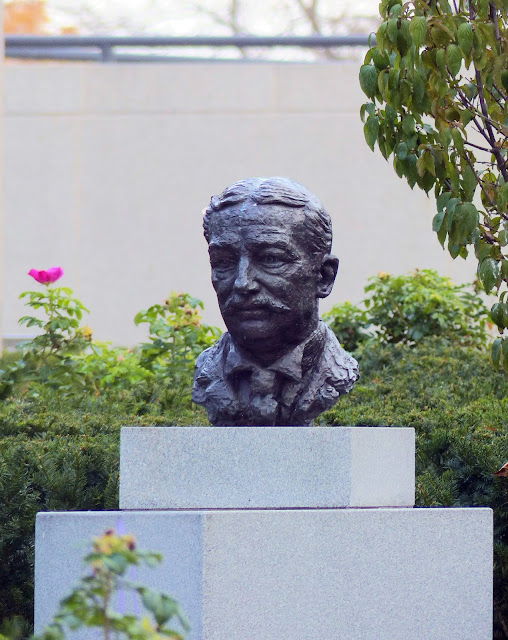 This 1972 bust of A. Montgomery Ward by Milton Horn stands in Grant Park in Chicago Illinois. 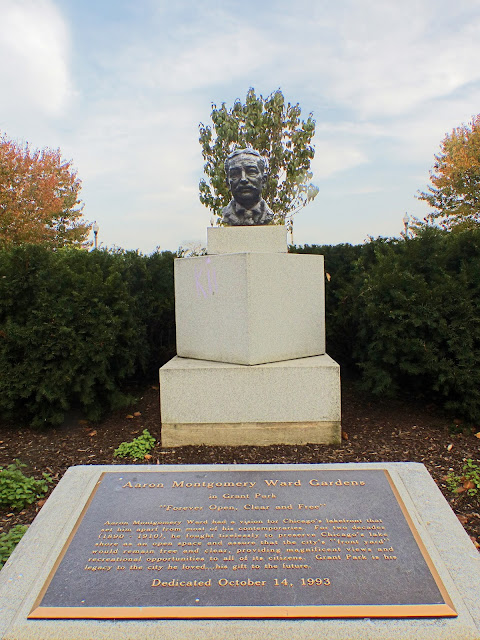 A plaque installed with the bust reads:

Aaron Montgomery Ward had a vision for Chicago’s lakefront that set him apart from most of his contemporaries. For two decades (1890-1910),he fought tirelessly to preserve Chicago’s lake shore as an open space and assure the city’s “front yard” would remain free and clear, providing magnificent views and recreational opportunities to all of its citizens. Grant Park is his legacy to the city he loved... his gift to the future. Dedicated October, 14, 1993 -- HMDB 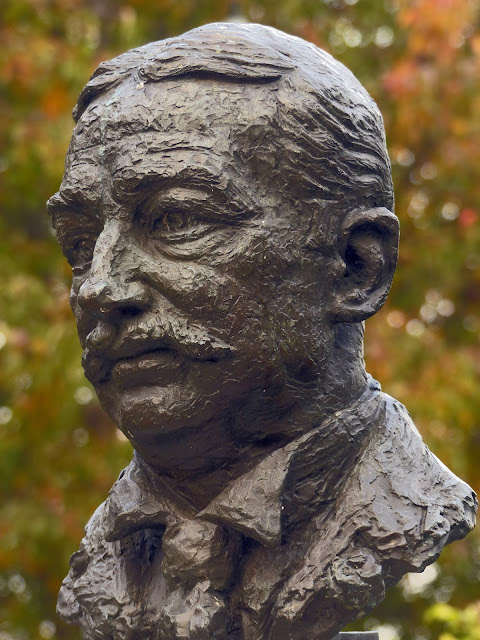 Aaron Montgomery Ward (1844–1913) founded the world’s first mail-order retail business in 1872 in Chicago —which soon evolved into the nation’s leading department store chain. In 1890, Ward began a twenty-year legal battle to keep Grant Park “open, free, and clear.” He withstood intense public criticism for his campaign to prevent the construction of the Field Museum and other buildings on Chicago’s “front yard.” During his third lawsuit in 1909, Ward told the Chicago Tribune, “Had I known in 1890 how long it would take me to preserve a park for the people against their will I doubt if I would have undertaken it.”

Despite extreme costs in terms of both reputation and his own personal fortune, Ward continued with a fourth lawsuit in the State Supreme Court, which he won in 1910. Created by Russian-American artist Milton Horn (1906–1995), the sculpture is a scaled-down version of a larger bust that was added in 1972 to a series memorializing significant Chicago businessmen at the Merchandise Mart Hall of Fame. In 1993, Montgomery Ward & Company’s corporate office donated the smaller version. The Montgomery Ward Foundation and the Friends of the Parks provided funds for its installation in Grant Park. Although the sculpture was removed six years later to make way for Millennium Park, it was rededicated in 2005 at its current site on the southwest side of Grant Park. The bust honors Ward’s role as “watch dog of the lakefront.” Its plaque reads, in part, “Grant Park is his legacy to the city he loved… his gift to the future.” -- The GrantPark Conservancy. 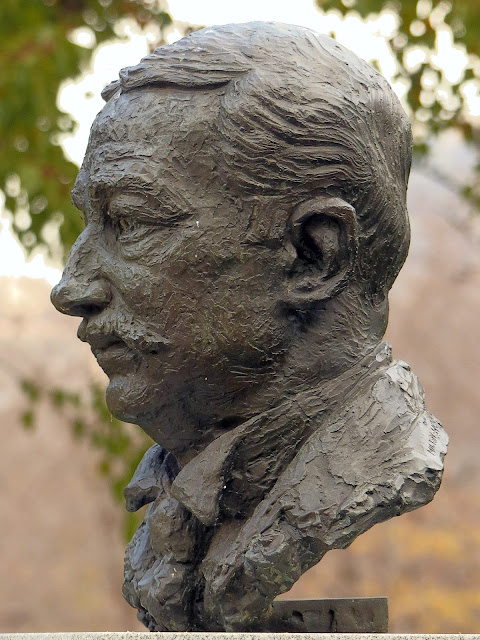 The 1922 "Golden Jubilee" Montgomery Ward Catalog carried this picture of Their eponymous leader. 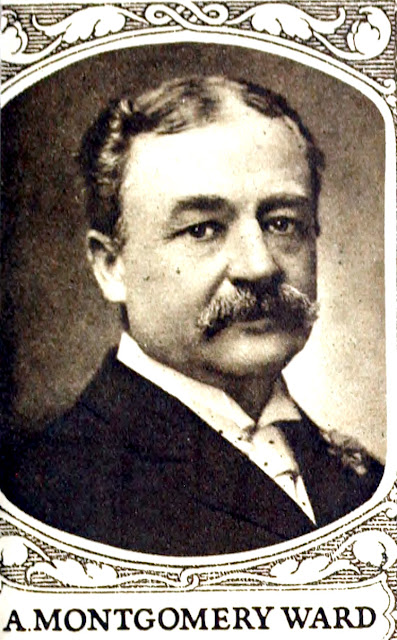 There is no one word that fully describes him. If we were compelled to use only one word it would perhaps be "character." Montgomery Ward saw his great ·work in life. With his rich mind and steadfastness of purpose he could have succeeded in almost any line of business. It happened that he knew farm­ers and loved them. He under­stood the hardships they endured and under which they labored. He saw their unending battle to bring a livelihood from the soil.

Montgomery Ward brought the markets to them. His character showed through in every circular he mailed. in every transaction he entered. in everything he did. He succeeded because he was worthy because worthy people believed him implicitly and never had occasion to doubt his honesty and sincerity of purpose. -- Montgomery Ward & Co., Catalog No. 97, Fall and Winter, 1822.