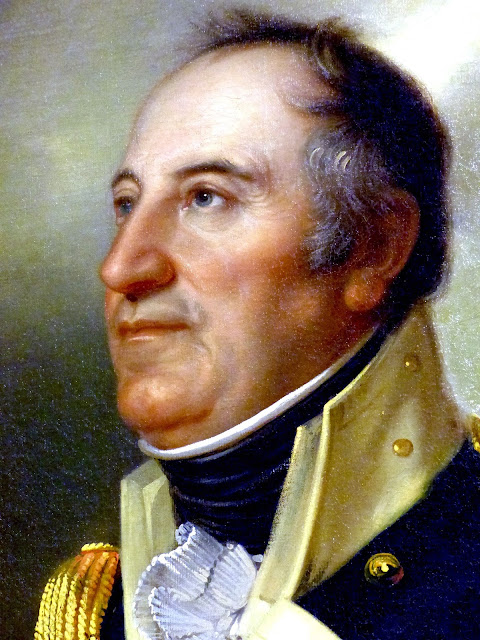 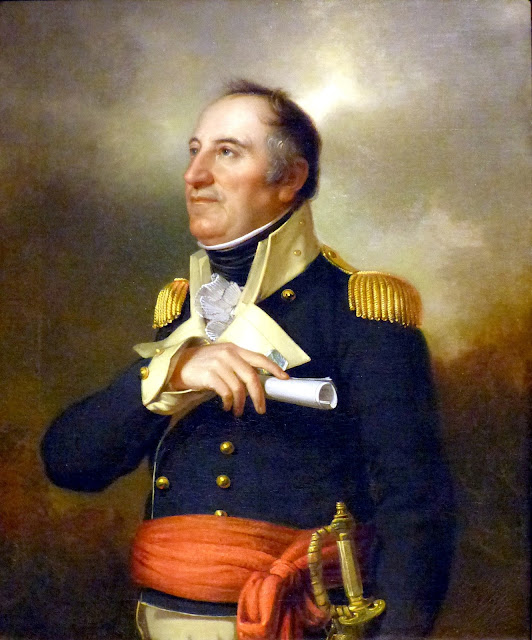 This 1817 portrait of General John Stricker (1759-1825)  by Rembrandt Peale hangs in the Maryand Historical Society Museum in Baltimore, Maryland.


"General John Stricker was a seasoned veteran of the American Revolution when he became the hero of the Battle of North Point on September 12, 1814. Major General Samuel Smith, overall commander of the defense of Baltimore dispatched Stricker with approximately 3,200 men to block the enemy's overland advance from North Point. The Battle of North Point lasted about two hours until the British outflanked Stricker's left and the Americans retreated in an orderly fashion to the city's main defenses at Hampstead Hill." -- Maryland Historical Society

This image of General Stricker appears on a number of historical markers and on Adams Mural at Penny's Bar in Dundalk. 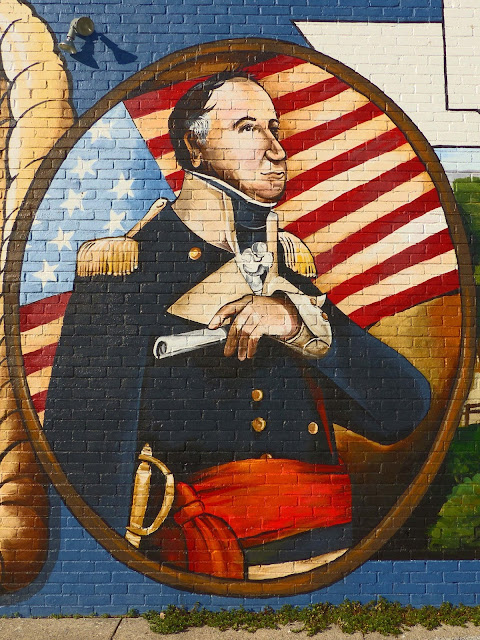 General Stricker died in 1825 he was interred in this vault in the Westminister Burial Ground. 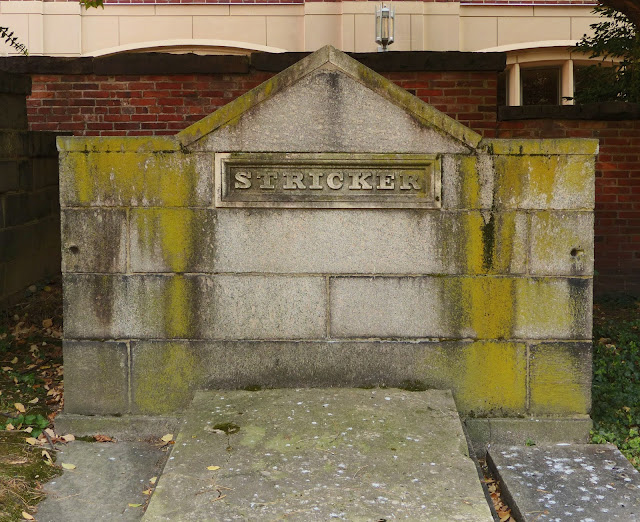 "Stricker's remains were interred with elaborate military honors befitting his long service. He went to war as a teenager in 1776 serving with his father's German regiment at the battles of Princeton, Brandywine, and Monmouth. After time with Maryland's storied Fifth Regiment, Stricker was appointed Brigadier General of the state militia in 1807. He resigned his commission soon after the Battle of Baltimore and became a merchant." -- Beloved General marker, Westminster Burial Ground.