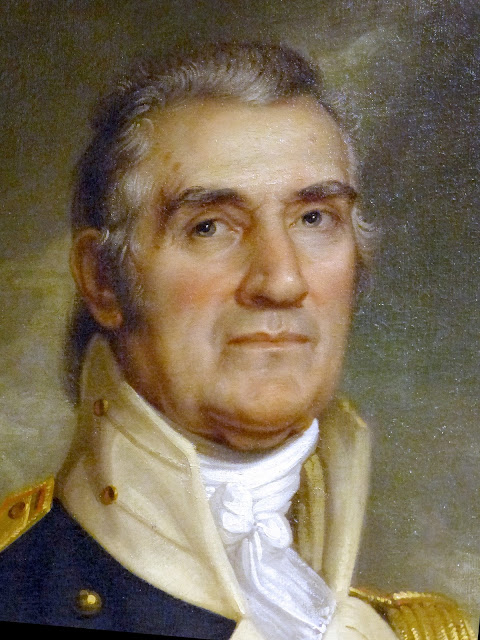 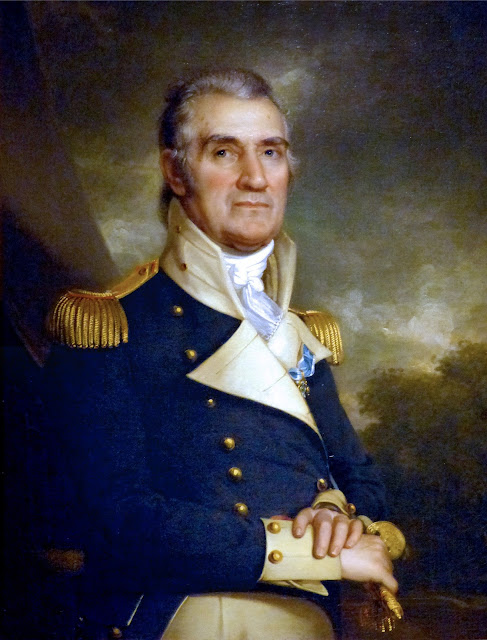 This 1817 Portrait of Samuel Smith by Rembrandt Peale hangs in the Maryland Historical Society Museum in Baltimore, Maryland. It was commissioned by the Baltimore City Council in 1816. Samuel Smith was a Revolutionary War officer, Commander-in-Chief at the Defense of Baltimore in 1814 and Mayor of Baltimore 1835-38.


"Samuel Smith (1752–1839) was among the most important leaders in early America. Born in Carlisle, Pennsylvania, but raised in Baltimore, Smith distinguished himself during the American Revolution. At age 25, he commanded a fort that successfully defended Philadelphia from the British, winning accolades from the Continental Congress for his bravery.

After the revolution, Smith became a powerful trader in Baltimore’s shipping industry and served as a US congressman and senator almost continuously from 1793 to 1833.

As major general, Smith was the ranking officer of Baltimore’s militia at the time of the War of 1812. He took charge of the defenses of the city and is largely credited with mobilizing the militia and preparing the fortifications to fend off a British attack. By the time the enemy arrived in September 1814, Smith had assembled such a formidable force of 10–15,000 men that the British withdrew without completing the planned assault

After the war, Smith continued to be an important force in Congress and then, at age 81, Smith served as mayor of Baltimore from 1833 to 1835." -- SSB National Historic Trail 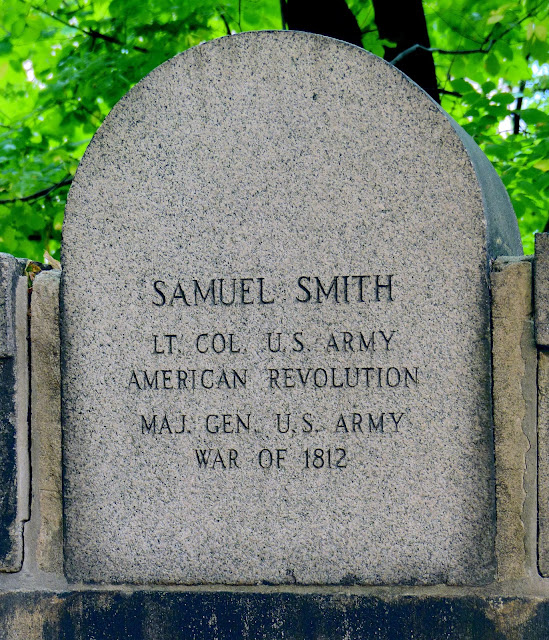